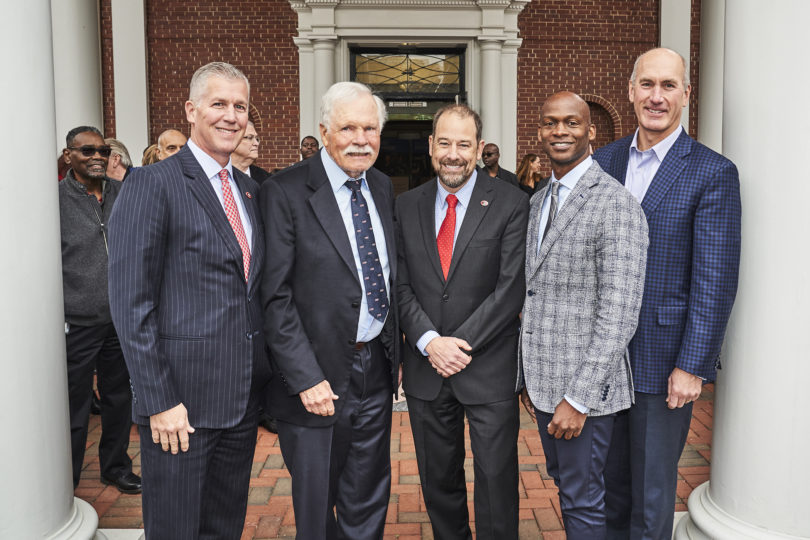 The exhibition hall in the University of Georgia’s Richard B. Russell Building Special Collections Libraries will be named in honor of CNN founder, environmentalist and longtime Atlantan Ted Turner, subject to UGA Cabinet approval, thanks in part to a $550,000 donation made by WarnerMedia (formerly Time Warner), an entertainment and media conglomerate that merged with Turner Broadcasting in 1996.

Announcement of the donation was made on Friday at a ceremony in Atlanta at WarnerMedia’s Techwood campus, which was dedicated to Ted Turner. The gift amount includes $50,000 to establish the Ted Turner Scholarship Fund, which will be matched by the UGA Foundation to endow need-based scholarships to incoming students in the university’s Grady College of Journalism and Mass Communication.

“As the home of the third largest media archive in the country and the first school of ecology in the United States, the University of Georgia is an ideal location to preserve the Turner legacy, and we thank WarnerMedia for this gift to help create the Ted Turner Exhibition Hall and Gallery,” said P. Toby Graham, university librarian and associate provost. “Ted Turner’s contributions to society have altered the landscape of television, the environment, activism and so much more, and his legacy will continue to change lives through the research, instruction and outreach activities in the UGA Special Collections Libraries.” 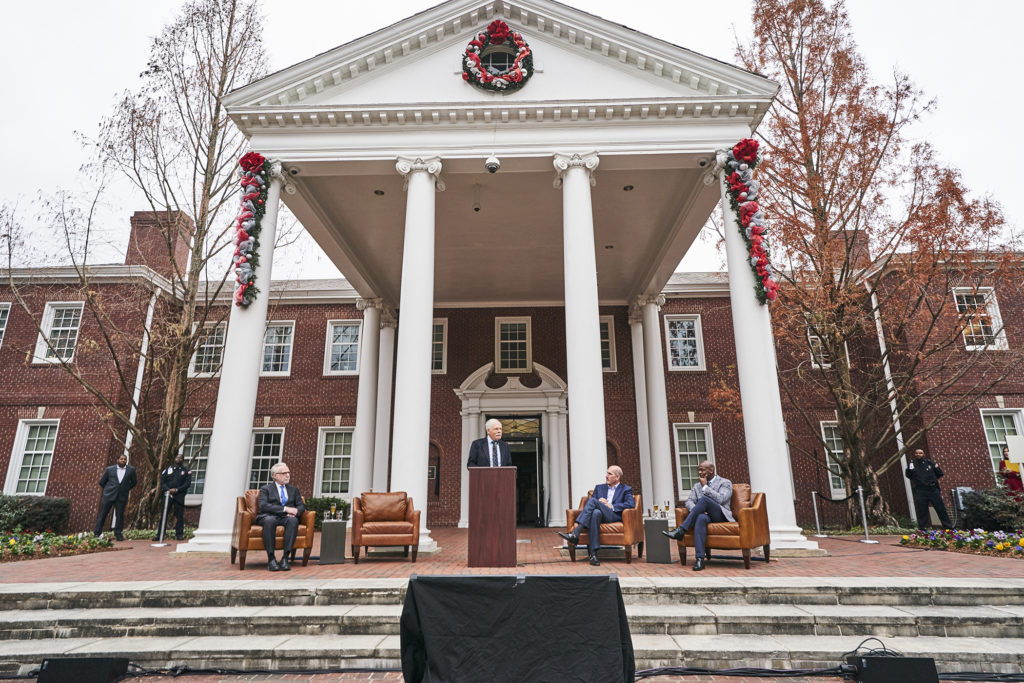 The Ted Turner Exhibition Hall and Gallery will denote the entry space for the museum level of the Russell Building, which is home to the special collections units of the UGA Libraries, including the Hargrett Rare Book and Manuscript Library, the Richard B. Russell Library for Political Research and Studies and the Walter J. Brown Media Archives and Peabody Awards Collection.

As part of the donation, two large marquee gallery spaces will be dedicated to showcase Turner’s life and legacy through artifacts, photographs and other items. An interactive kiosk will be located at the entrance to the gallery that will focus on Turner’s environmental and conservation activism, and his contributions to the media, entertainment and sports industries. 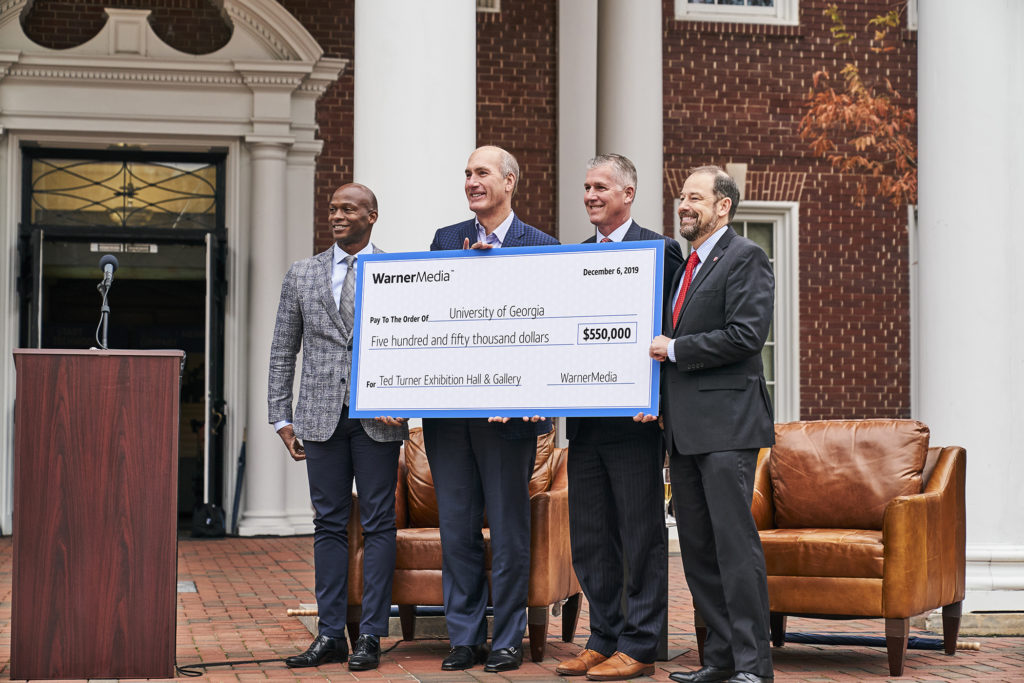 WarnerMedia (formerly Time Warner) is donating $550,000 to the University of Georgia to name an exhibition hall in the Richard B. Russell Building Special Collections Libraries in honor of Ted Turner (subject to UGA Cabinet approval), and to fund the Ted Turner Scholarship Fund, a need-based scholarships to incoming students in the university’s Grady College of Journalism and Mass Communication. (Submitted photo)

“Ted Turner has made an indelible effect on our world, and it is impossible to truly quantify the impact, or fully express our gratitude to him,” said Dennis Williams, senior vice president of corporate social responsibility for WarnerMedia. “It is our great pleasure to help establish the permanent Ted Turner Exhibition Hall and Gallery at the University of Georgia Libraries’ Russell Special Collections Building.”

In addition to the scholarship, WarnerMedia is establishing the Ted Turner Maverick Internship position at its newly dedicated Techwood campus in Atlanta to provide experiential learning opportunities to Grady College students.