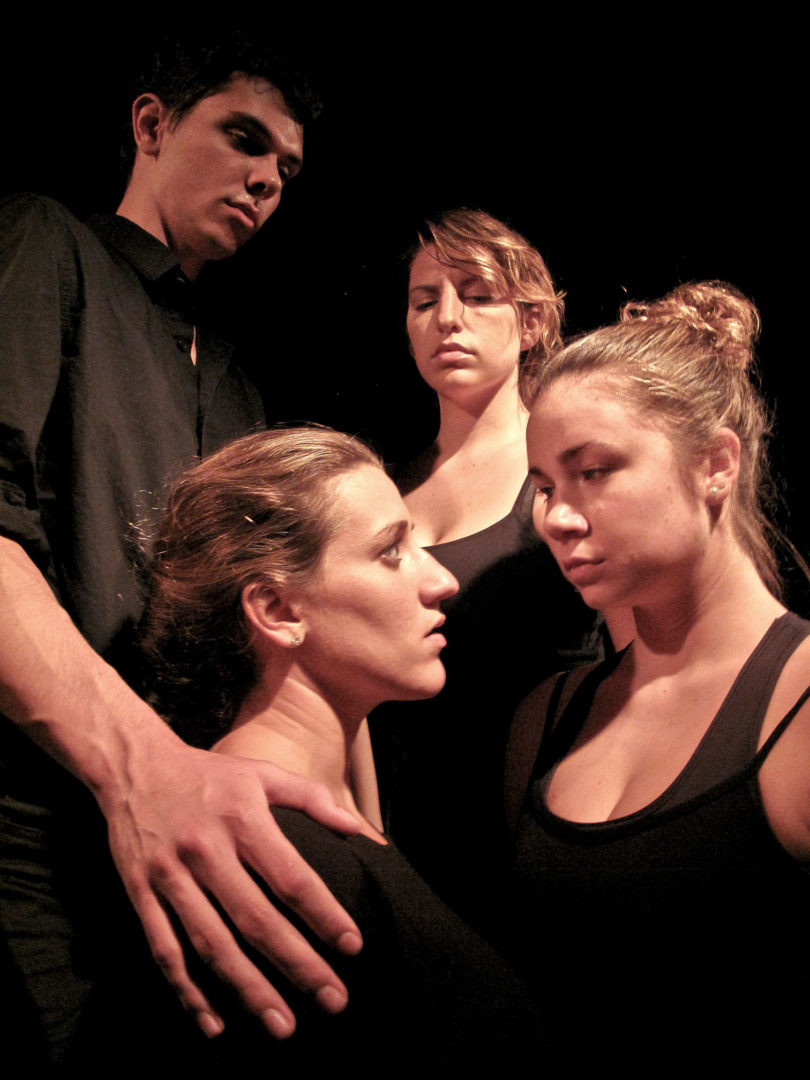 Actor from University Theatre's "Life Is A Dream."

University Theatre will present a new adaptation of Calderón De La Barca’s romantic, adventurous masterpiece of the Spanish golden age, Life Is A Dream. Adapted by director Marla Carlson and Ph.D. theatre candidate George Pate, Life is a Dream runs in the Cellar Theatre of the Fine Arts Building Oct. 11-16 at 8 p.m., with an additional 2:30 p.m. matinee Oct. 16.

Life is a Dream was written in the 1630s and, though rarely performed in the English-speaking world, theater historians and poets have long celebrated it as one of the greatest works of drama, on par with William Shakespeare’s finest plays. This new adaptation explores the conflict between fate and destiny with an imprisoned prince, rebel armies, violence and forgiveness.

Riffing on Calderón’s theme of gender and identity confusion within the original play, this production will feature cross-gender casting, with a woman, UGA theatre major Jennifer Elmore, performing the role of the prince, Segismundo, who has spent his life secretly locked away in a prison, unaware of his own identity.

“We’re taking Calderón seriously but also having some fun with the framework,” said Carlson, who is an assistant professor in the department of theatre and film studies.

Tickets can be purchased through www.drama.uga.edu/events/boxoffice, by phone at 706-542-4400, at the Performing Arts Center box office or at the door before the show.