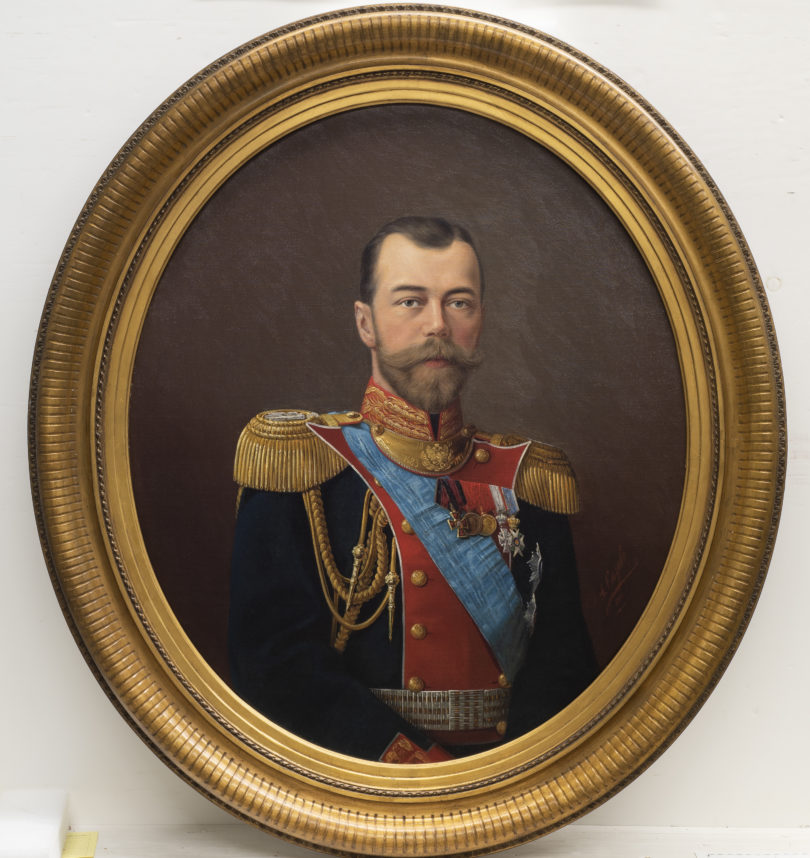 What happens when an emperor doesn’t want to be an emperor? That was true for Nicholas II of Russia, the last ruler of the 300-year-long Romanov dynasty and the subject of the exhibition “The Reluctant Autocrat: Tsar Nicholas II,” organized by the Georgia Museum of Art and on view through March 17.

The museum has been building a collection of Russian art for several years and has developed several exhibitions from the gifts that make up that collection. The majority of objects in The Reluctant Autocrat come from the Parker Collection, assembled over more than four decades and including more than 2,200 separate objects.

Asen Kirin, Parker Curator of Russian Art at the museum and professor of art history at UGA’s Lamar Dodd School of Art, focused this exhibition on objects related to Nicholas II and his father, Alexander III. The year 2018 marks the centennial of the end of World War I and the fall of the Romanov dynasty during the Russian Revolution, which also meant the murder of Nicholas, his wife Alexandra and their five children. As such, it presents a unique opportunity to consider the relationship between the villains and heroes of history and the reality of their individual human lives.

Kirin tells the story of Nicholas’ life, from his childhood as tsarevich (crown prince) to his ill-fated military command during World War I, through objects including military and court costumes, medals and orders of chivalry, lithographs, porcelain, devotional icons and the then young technology of photography. As visitors move through the galleries, they can draw connections among these items and begin to assemble a picture of the world at the time, caught between the ancient idea of the ruler as God’s representative on earth and the new, modern age. 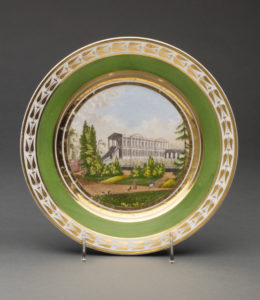 A porcelain plate with an image of Cameron Gallery is part of the of the exhibition “The Reluctant Autocrat: Tsar Nicholas II.”
9 1/2 (diameter) x 1 1/4 inches. Georgia Museum of Art, University of Georgia; Promised gift from the Parker Collection.

Objects from Bob Jones University Museum & Gallery and from the gift of Princess Marina Belosselsky-Belozersky Kasarda help round out that picture. The latter also make up the exhibition One Heart, One Way: The Journey of a Princely Art Collection, on view at the museum through Feb. 10. Kirin was even able to attribute one icon borrowed from Bob Jones to a famed 15th-century painter, Theophrastos, by interpreting its signature.

Kirin’s labels and wall texts bring out the human nature of the royal family, pointing out, for example, that Alexander III and his wife prepared their own simple breakfast of bread, butter, boiled eggs and coffee every morning. At the same time, they unpack the layers of meaning in objects like a copper bowl made by Faberge as a gift (the simpler material signified frugality at the beginning of the world war) or the importance of military regiments as social networks. The result is a rich and complex portrait of a world undergoing massive change.

The exhibition is generously sponsored by the Fraser-Parker Foundation.