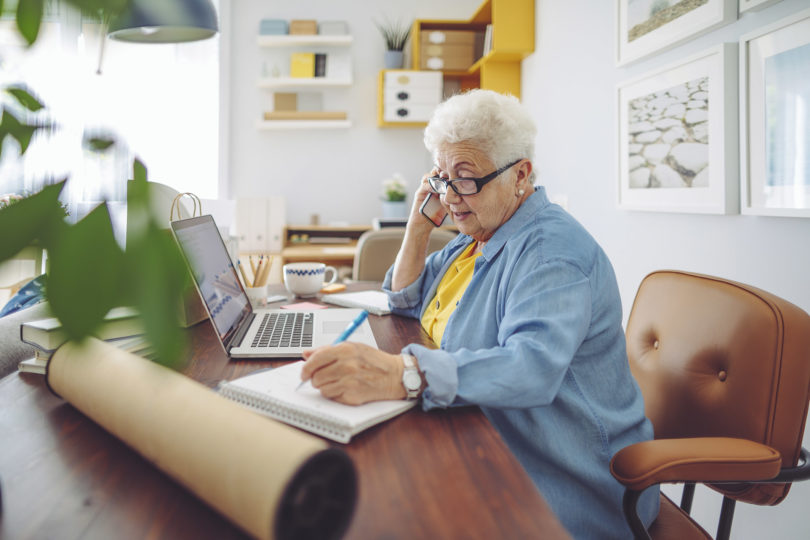 Light to moderate drinking may preserve brain function in older age, according to a new study from the University of Georgia.

The study examined the link between alcohol consumption and changes in cognitive function over time among middle-aged and older adults in the U.S.

“We know there are some older people who believe that drinking a little wine everyday could maintain a good cognitive condition,” said lead author Ruiyuan Zhang, a doctoral student at UGA’s College of Public Health.

“We wanted to know if drinking a small amount of alcohol actually correlates with a good cognitive function, or is it just a kind of survivor bias.”

Regular, moderate alcohol consumption has been shown to promote heart health and some research points to a similar protective benefit for brain health. However, many of these studies were not designed to isolate the effects of alcohol on cognition or did not measure effects over time.

Zhang and his team developed a way to track cognition performance over 10 years using participant data from the nationally representative Health and Retirement Study.

During the study, a total of 19,887 participants completed surveys every two years about their health and lifestyle, including questions on drinking habits. Light to moderate drinking is defined as fewer than eight drinks per week for women and 15 drinks or fewer per week among men.

These participants also had their cognitive function measured in a series of tests looking at their overall mental status, word recall and vocabulary. Their test results were combined to form a total cognitive score.

Zhang and his colleagues looked at how participants performed on these cognitive tests over the course of the study and categorized their performance as high or low trajectories, meaning their cognitive function remained high over time or began to decline.

Compared to nondrinkers, they found that those who had a drink or two a day tended to perform better on cognitive tests over time.

Even when other important factors known to impact cognition such as age, smoking or education level were controlled for, they saw a pattern of light drinking associated with high cognitive trajectories.

The optimal amount of drinks per week was between 10 and 14 drinks. But that doesn’t mean those who drink less should start indulging more, says Zhang.

“It is hard to say this effect is causal,” he said. “So, if some people don’t drink alcoholic beverages, this study does not encourage them to drink to prevent cognitive function decline.”

Also of note, the association was stronger among white participants versus African American participants, which is significant, said Zhang, and prompts further exploration into the mechanisms of alcohol’s effect on cognition.

The study, “Association of Moderate Alcohol Drinking with Cognitive Functions Among US Adults,” was published in JAMA Network Open in June. It is available online.