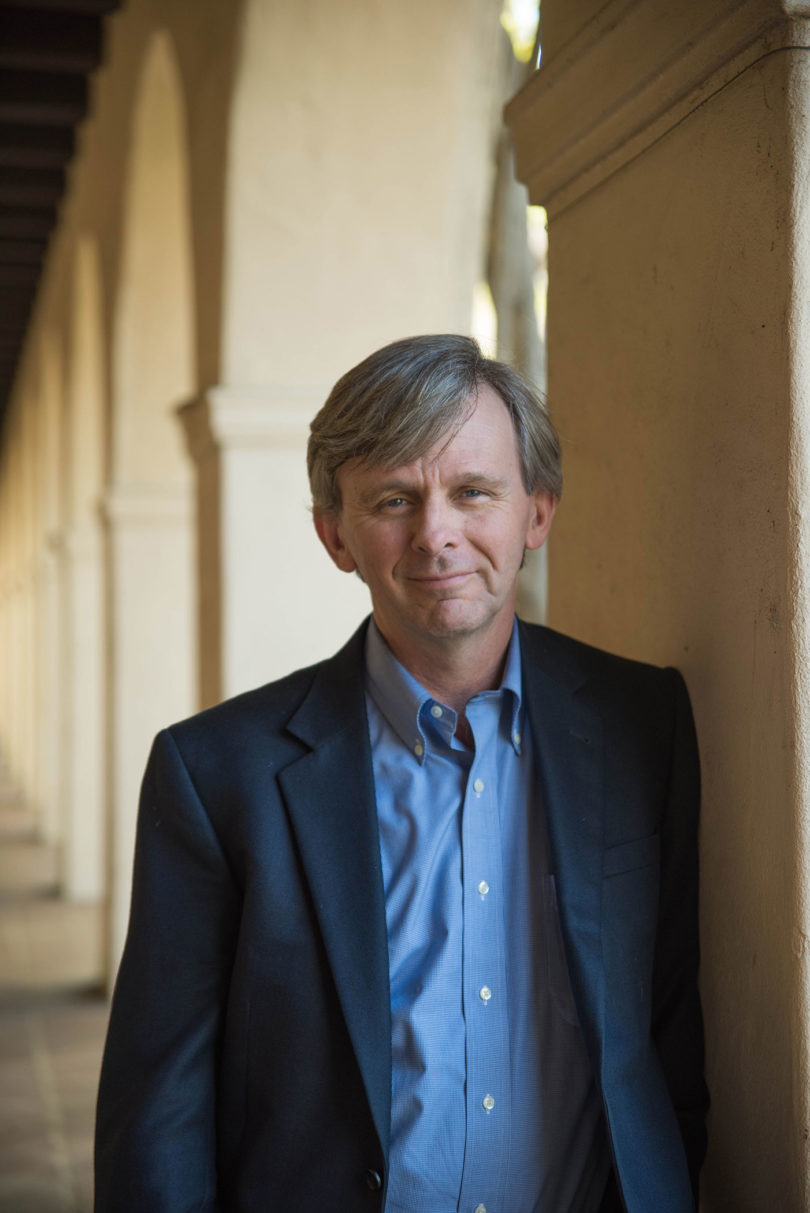 He will speak Jan. 12 at 3:30 p.m. in Room 202 of the physics building. His lecture is titled “Last Tango in Space: Detecting Gravitational Waves from Binary Black Hole Mergers for the First Time Ever Using LIGO.”

The Boyd Distinguished Lecture Series, supported by UGA’s Office of Research and the William S. and Elizabeth K. Boyd ­Foundation, brings national leaders and policymakers to UGA in science, education and related fields to discuss applications of research to contemporary issues in education. The lectures are open free to the public.

“The detection of gravitational waves, with its implications for Einstein’s theory, was one of the most important scientific advances in recent times,” s­aid UGA Vice President for ­Research David Lee. “We are honored and excited to have one of the leaders of this ambitious and challenging campaign visit campus and serve as our 2017 Boyd Distinguished Lecturer. This series is designed to bring scientific leaders to campus for discussions with faculty and students, and Dr. Reitze fits the mold perfectly.”

Like a stone dropped into the still waters of a pond, this cataclysmic event sent ripples in space-time radiating outward into the surrounding universe, with the waves passing over Earth only last year. The detection of these waves confirms, after more than100 years, a major prediction of Albert ­Einstein’s General Theory of Relativity.

In his talk, Reitze will discuss what makes gravitational waves so difficult to detect and how the ability to do so opens an unprecedented new window to the cosmos.

Reitze completed his doctorate at the University of Texas, Austin, where his research focused on ultrafast laser-matter interactions. He held research positions at Bell Communications Research and the Lawrence Livermore National Laboratory before joining the physics faculty at the University of Florida in 1993.

He began working on LIGO in 1996 as the initial LIGO Input Optics subsystem leader. Reitze was the spokesperson for the LIGO Scientific Collaboration from 2007 to 2011 and took an extended leave of absence from the University of Florida in 2011 to serve as LIGO’s executive director.

Reitze is an elected Fellow of both the American Physical Society and the Optical Society.