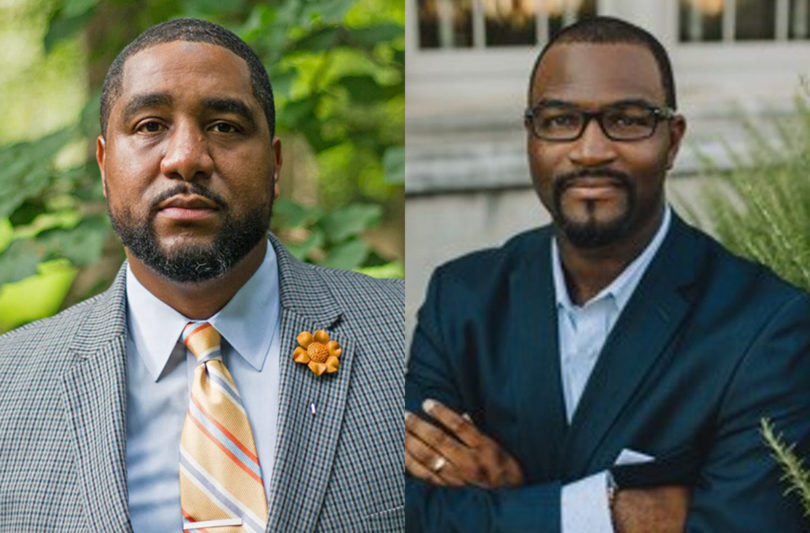 Two historical accounts that explore how higher education and the banking industry have influenced civil rights have been named the 2020 recipients of the Lillian Smith Book Awards, which are administered by the Hargrett Rare Book and Manuscript Library at the University of Georgia and honor books dedicated to social justice issues.

Authors and historians Jelani M. Favors and Brandon K. Winford will be honored Sept. 6 in a virtual awards ceremony co-hosted by UGA Libraries, the Southern Regional Council, the Georgia Center for the Book at the DeKalb Public Library and Piedmont College.

“Over the last 50-plus years, these awards have only grown in importance,” said Charles Johnson, director of the council­, a reform organization headquartered in Atlanta that founded the Lillian Smith Book Awards in 1966. “In this era of information overload, we have continued to shine a singular light upon those new books about the changing South which are deserving of particular attention but might otherwise be overlooked.”

Favors’ book, “Shelter in a Time of Storm: How Black Colleges Fostered Generations of Leadership and Activism” (University of North Carolina Press, 2019), explores the history of historical black colleges and universities and how they have fostered student activism. Favors, associate professor of history at Clayton State University, writes about the role that HBCUs played as a refuge for minorities during the Jim Crow era and describes the role the campus communities played during the civil rights and Black Power movements.

In his book, “John Hervey Wheeler, Black Banking, and the Economic Struggle for Civil Rights” (University Press of Kentucky, 2019), Winford writes about African American banker and civil rights lawyer Wheeler and his role as an activist for black businesses, exploring how economic concerns shaped the fight for civil rights. Winford is an associate professor of history at the University of Tennessee, Knoxville who focuses on the late 19th and 20th century United States and African American history with areas of specialization in civil rights and black business history.

Named after the acclaimed author of the controversial 1944 novel “Strange Fruit” and other works, the Lillian Smith Book Awards recognize works that examine issues of race, social justice, civil and human rights, the education and socialization of young people, breaking silence among repressed groups and matters that are significant to the changing South.

Merryll Penson, former executive director of library services for the University System of Georgia, served on a panel that selected this year’s honorees. She said the winners were chosen from an impressive slate of nominees addressing critical issues in the South and across the United States.

“There are so many important social justice stories being told in many genres and published by a variety of publishers,” Penson said. “Some authors add new understandings to stories that many think are commonly understood. Others bring new stories to light. Many of the authors refer to Lillian Smith as inspiration for telling their stories.”