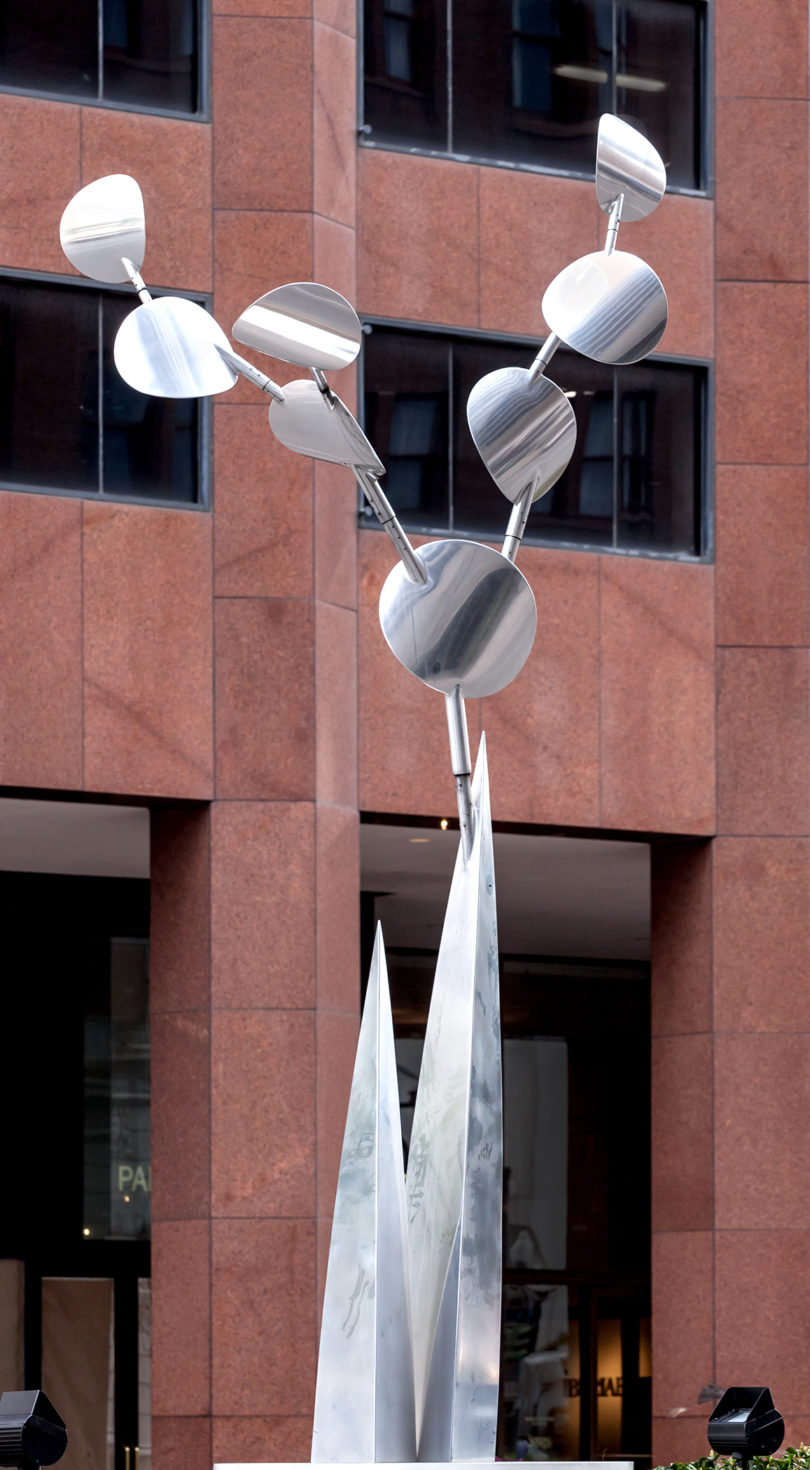 Athens, Ga. – The Georgia Museum of Art at the University of Georgia will host the exhibition “Driving Forces: Sculpture by Lin Emery” from Oct. 1 to April 2. Four of Emery’s large kinetic sculptures will be outside in the Jane and Harry Willson Sculpture Garden, and five smaller sculptures will be inside in the Alonzo and Vallye Dudley Gallery.

Emery uses polished or brushed aluminum in her sculptures, which she designs to move gently in the wind. She takes inspiration from music, dance and natural forms, especially flowers and trees. Her work can be found throughout the city of New Orleans, her home for many years.

Annelies Mondi, the museum’s deputy director and curator of the exhibition, came upon Emery’s work while in New Orleans. Mondi said, “It was incredible. She really is a big part of the city, and that intrigued me.”

Playwright Edward Albee, who knew Emery from when they were children, compared her sculpture to that of Alexander Calder and George Rickey, both of whom also make use of movement in their work. Albee writes, however, that Emery’s “work can be confused with no one else’s; the world of kinetic art is healthy in her mind and hands.”

Born in New York City in 1928, Emery studied under Russian sculptor Ossip Zadkine before settling in New Orleans. Her sculptures are featured in the collections of the National Museum of American Art in Washington, D.C.; the New Orleans Museum of Art; the Walter P. Chrysler Museum in Norfolk, Virginia; the Delaware Museum of Art in Wilmington, Delaware; the Museum of Foreign Art in Sofia, Bulgaria; and the Flint Institute in Flint, Michigan. She received the Louisiana Governor’s Arts Award in 2001, an honorary doctorate from Loyola University of New Orleans in 2004 and the National Academy Museum of New York’s S. Simon Sculpture Award.

The Jane and Harry Willson Sculpture Garden is devoted to the works of women sculptors. Previous exhibitions there have focused on sculpture by Alice Aycock, Patricia Leighton, Chakaia Booker and Steinunn Thorarinsdottir.

Museum Information
Partial support for the exhibition and programs at the Georgia Museum of Art is provided by the Georgia Council for the Arts through appropriations of the Georgia General Assembly. The council is a partner agency of the National Endowment for the Arts. Individuals, foundations and corporations provide additional museum support through their gifts to the University of Georgia Foundation. The Georgia Museum of Art is located in the Performing and Visual Arts Complex on UGA’s East Campus. The address is 90 Carlton Street, Athens, Ga., 30602-1502. For more information, including hours, see georgiamuseum.org or call 706-542-4662.