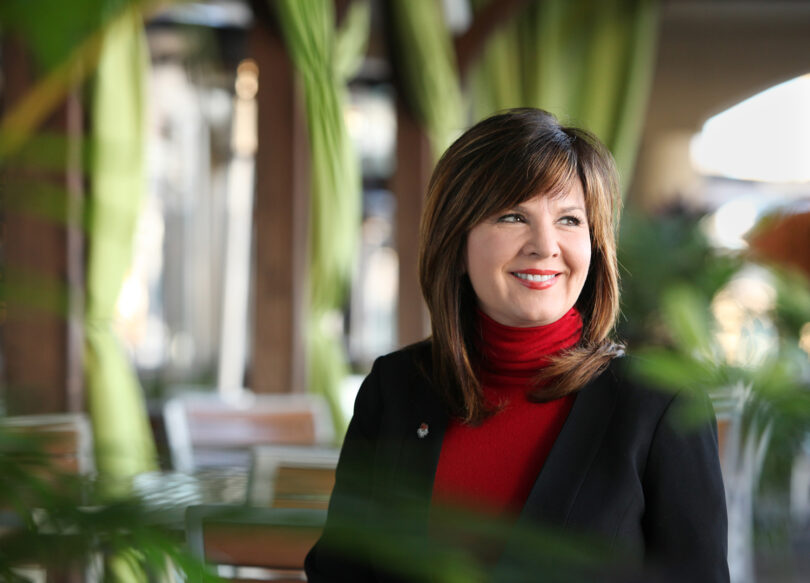 By day, Linda Hurtado is an award-winning news anchor in the Tampa Bay area. By night, she transforms into Linda Bond, an author with three books of romantic fiction on the shelves and a growing fanbase. (Photo by Jessica Leigh Photography)

After 25 years of reporting and anchoring the local news, Linda Hurtado is one of the Tampa Bay area’s most recognizable faces. So, when she decided to write her first novel, Hurtado came up with a new identity. From a storytelling standpoint, she didn’t want there to be any confusion.

Bond was her mother’s maiden name. And with regard to romantic thrillers, Hurtado’s genre of choice, “Bond” works pretty well. Hurtado also takes great care to separate her two careers. She keeps separate social media accounts (although there is occasional sharing), and she signs her books using her pen name. She also has a growing fanbase that she keeps in touch with through frequent newsletters.

Effective branding aside, Hurtado soon learned that first-time authors have to prove themselves. With regard to her day job, that hasn’t been the case for a long time.

Over her career, Hurtado has won 13 Emmys and lent her talents to events ranging from benefits to support the American Cancer Society to anchoring local news coverage of the Super Bowl.

She was one of the original hires at Tampa Bay’s ABC affiliate when it started a news division, and for the last five years Hurtado has anchored the daytime news for the market’s FOX affiliate. Hurtado could have worked anywhere she wanted. But she decided to stay in her adopted home of west-central Florida.

“In this business, you need to make a decision,” says the native of Greenville, South Carolina. Hurtado came to UGA for school because of academic opportunities offered by the Grady College of Journalism and Mass Communication, as well as the artistic opportunities as a majorette with the Redcoat Band.

“Either you go big, like New York or L.A., or you find a city you like and you stay,” Hurtado continues. “You build equity there. You get to know the people, and you build a platform, and you build a life. You put roots in the ground, and that’s what I decided to do in Tampa.”

For her entire life, Hurtado has loved to write. Broadcast writing came easy, but she wanted to learn the craft of fiction writing. In 2005, she joined a writing group focused on romantic fiction. Hurtado spent many a night at the computer typing away. Ten years of nights, in fact. That’s when her first novel, Alive at 5, hit bookstores. That was just the start.

While it’s true that Hurtado’s books are fiction, that doesn’t mean they can’t pull a bit from her professional experiences. All of Hurtado’s heroines are intrepid television reporters. Her second book, Cuba Undercover, recalls a 1998 reporting trip to that country, where she happened to meet her husband. And Hurtado’s latest book, 2020’s Flatline, relates to her 10 years as a medical reporter.

“I like to think of the books as going to a James Bond movie,” she says of blending elements of romance and thrills. “There will be a sexy love interest. There will be a mystery, and there will be car chases and gunshots, and someone will fall in love.”

Flatline, which was released in May, has been Hurtado’s most successful book to date. It reached the Top 10 in the medical romance genre for Amazon. Perhaps most importantly, it solidified her credibility as an author. Instead of writing a manuscript and then trying to sell it, as Hurtado did with her first three books, she’ll receive an advance for her fourth, which will be more of a straight-up thriller. She’s already sketching out the plot.

Gallery photos courtesy of Linda Hurtado. Sign up to receive a Linda Bond Newsletter at: http://bit.ly/Bondnewsletter 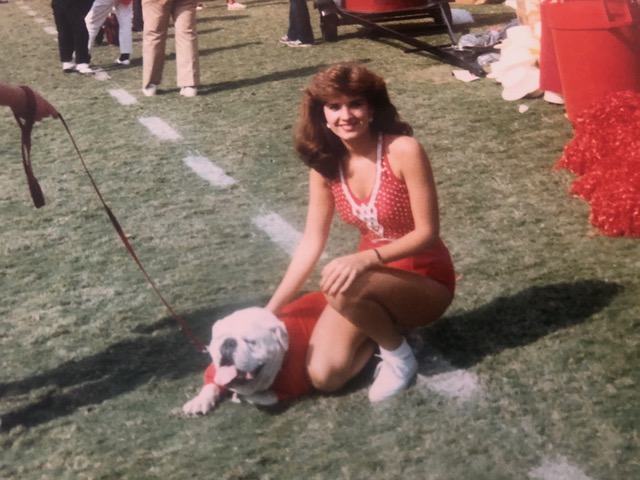 While a University of Georgia student, Linda Hurtado was a majorette in the Redcoat Band. Here she is on the field with UGA IV. 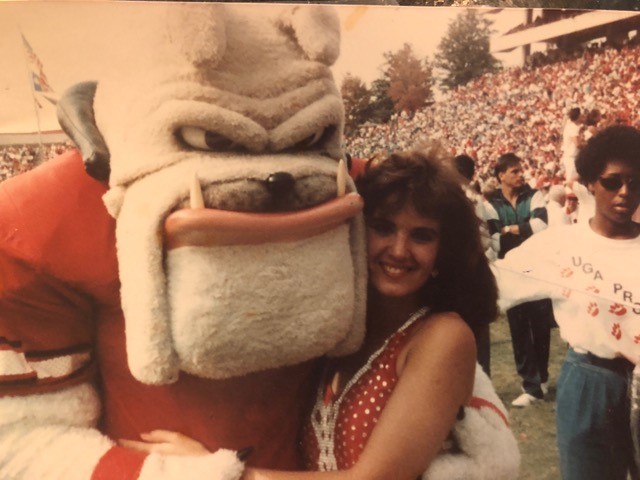 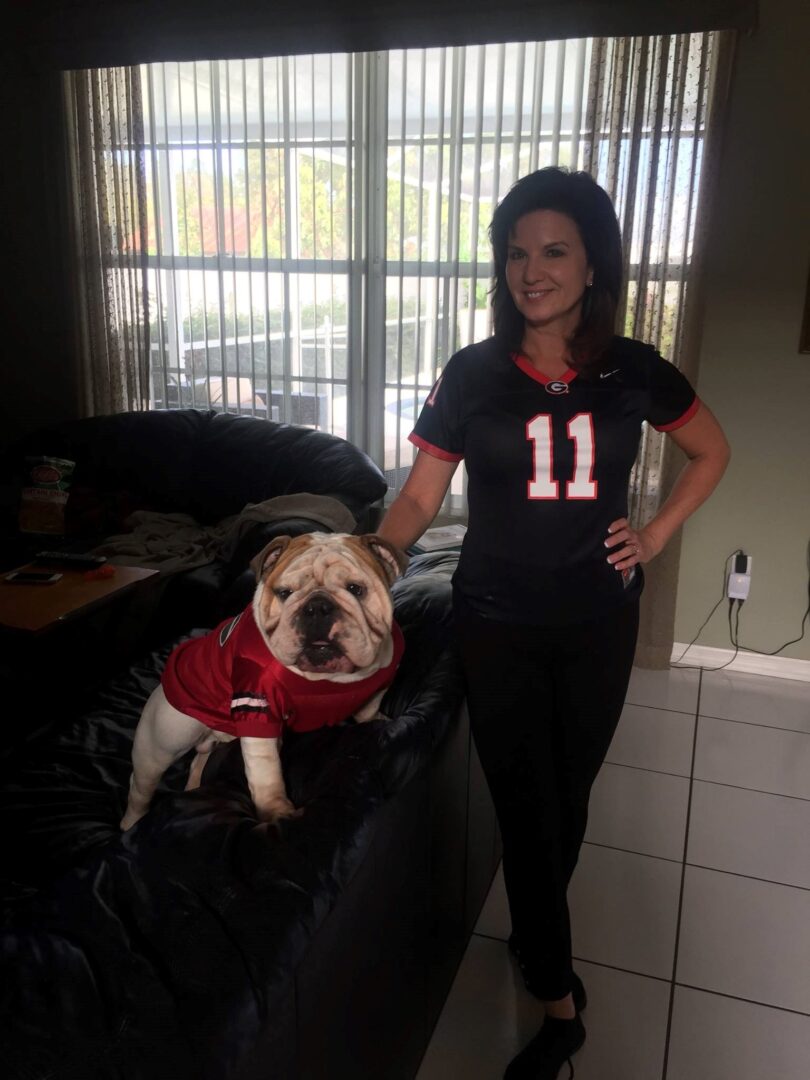 Hurtado at home with her own English Bulldog, Athens. She has another English Bulldog named Sanford after Sanford Stadium where she spent four years performing with the Redcoat Marching Band. 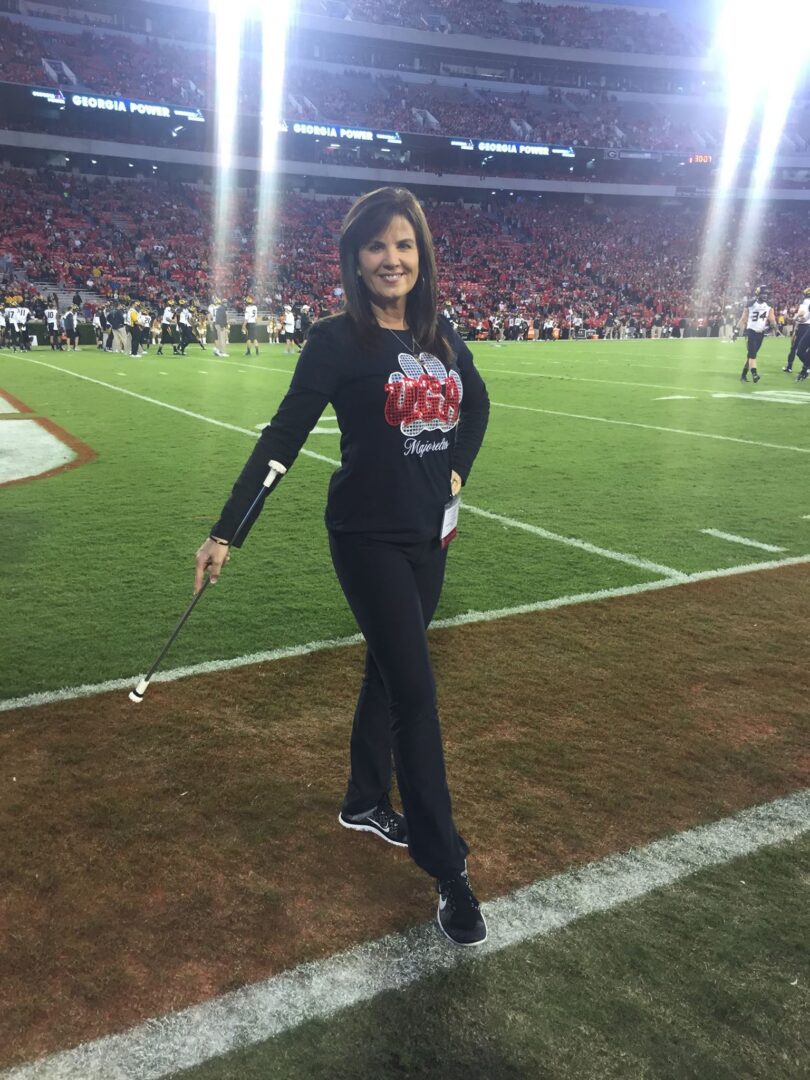 Hurtado doesn’t get to come back to Athens as much as she likes, but when she does, she makes it count. Like during Homecoming 2015, when she was able to take the field at Sanford Stadium with her baton again. 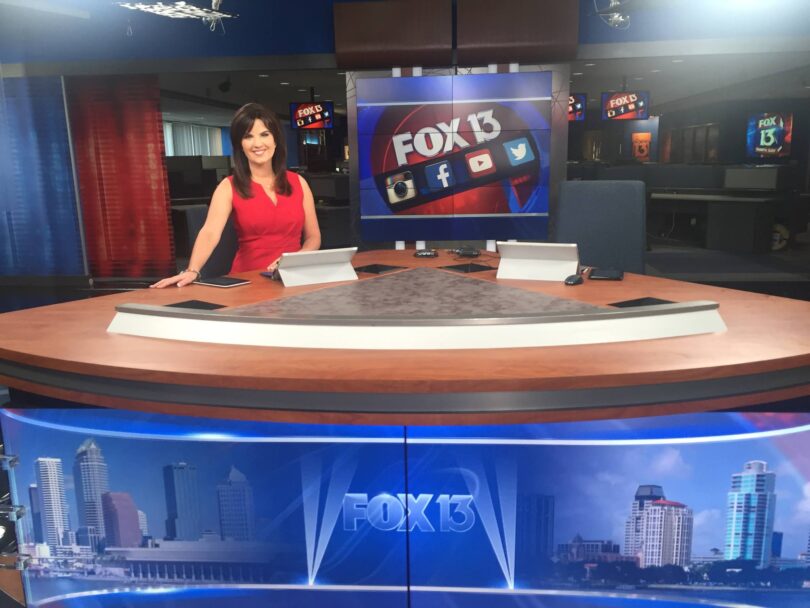 Hurtado has reported and anchored the news in Tampa-St. Petersburg for 25 years. She has spent the last five as daytime anchor for WTVT, FOX 13. 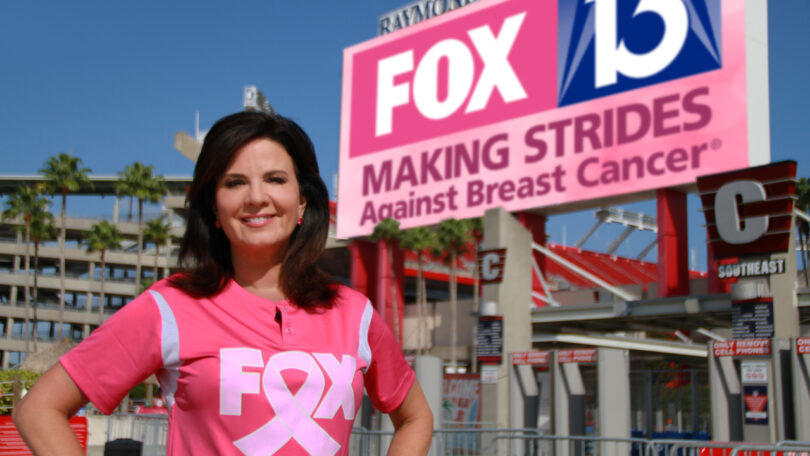 Hurtado is a breast cancer survivor and she supports several cancer-related charities in the Tampa Bay area. She even emcees some local events.