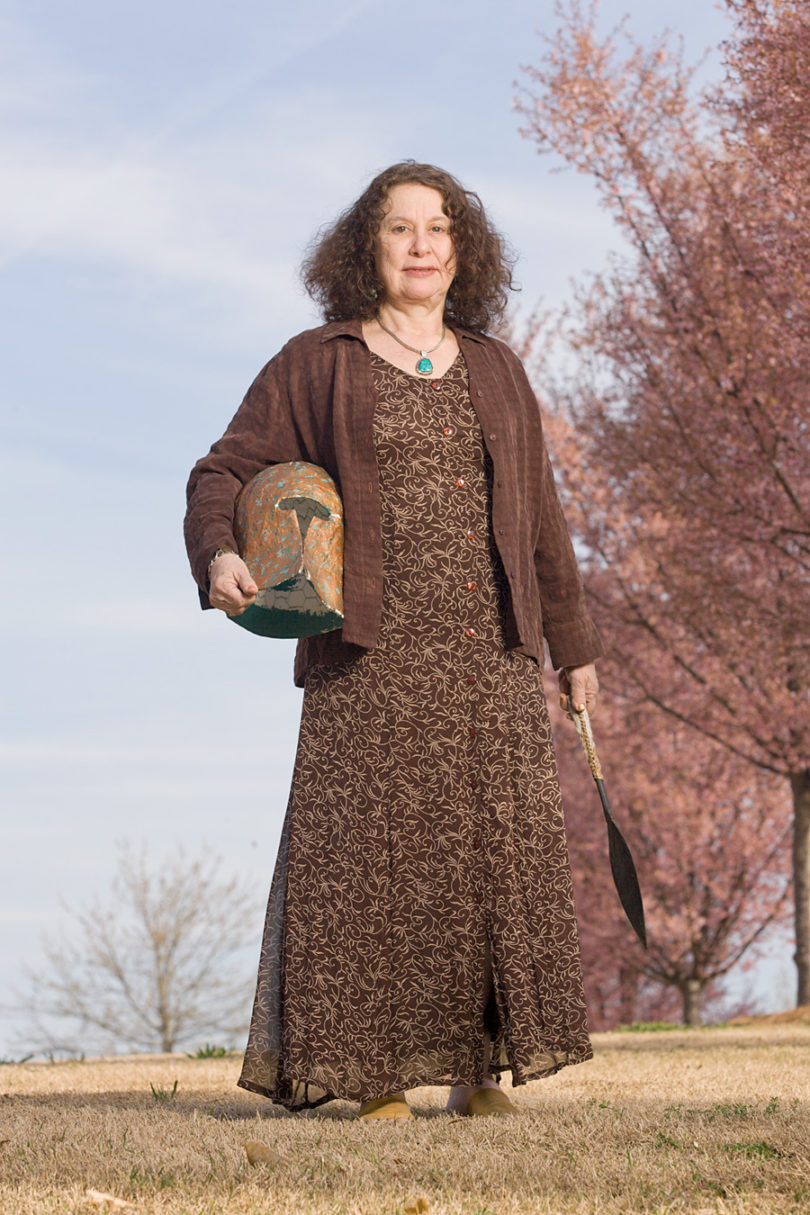 Classics professor Nancy Felson takes part in one of the pedagogical role-playing games used in the 2007 Reacting to the Past conference. This year's 2010 conference for UGA faculty interested in the program is April 16-18.

Instructors who want to learn about Reacting to the Past, an innovative and inspiring pedagogy, can do so at an on-campus conference April 16-18 sponsored by the Center for Teaching and Learning and the Office of the Vice President for Instruction. UGA faculty and graduate students can register for the conference online by March 31 at the program’s new Web site, www.reacting.uga.edu.

Reacting to the Past is a teaching program that uses role playing in elaborate games to immerse students in a specific time and place at a moment of crisis. For example, games take place at Athens after its defeat by Sparta, Paris in 1791 early in the French Revolution and Tennessee just before the Cherokee removal.

In each game, students are assigned characters from the era and must research their roles and deliver persuasive speeches from their character’s perspective. The games, which last four weeks and are usually woven into otherwise regular courses, are student-run, with instructors providing gentle guidance as well as grading their oral and written work.

“We were one of the first big public universities, along with the University of Texas, to use this program, which American history professor Mark Carnes of Barnard College invented. It was honored with the 2004 Theodore Hesburgh Award for pedagogical innovation. It soon expanded to about 20 universities and colleges which formed a consortium,” said Nancy Felson, Reacting to the Past director and professor of classics, who initiated the program at UGA five years ago.

“The conference lets faculty experience the pedagogy and figure out how to use it in their own courses. For example, if you’re teaching history, classical culture or political science, Reacting is a natural fit: you would teach all the background up to the critical moment and then your students would enter a particular year and live that year in depth, in character. When the game ends, the class would resume as before, but only after the students had compared their simulated history with what actually took place. By then, most of them would have become so invested in their characters or factions that they’d feel they were learning their own history. Such engagement is great for remembering what they’ve learned. Students rave. They work hard and think it is play.”

At the conference, the fourth at UGA, faculty members and students will participate in one of two abbreviated Reacting games: “Modernism vs. Traditionalism: Art in Paris, 1888-1889” or “Acid Rain and the European Environment, 1979-1989.”

“At a Reacting conference you experience a creative burst of intellectual energy. It’s very challenging. Once you’ve played a game or two, you begin to understand the pedagogy, which highlights critical issues and simulates power politics. And you start thinking, I could do this with X or with Y,” Felson said. “Reacting works with all levels of students—freshmen, sophomores, juniors, seniors. Students new to the university really benefit because they end up bonding with their teammates and even with their opponents. They contact each other out of class and make time to work together. Reacting gives students a personal connection to history, politics and to intellectual debates from the past, as in the trials of Socrates, Galileo or Anne Hutchinson.”

So far, the program has been used in nine departments or programs at UGA: English, classics, comparative literature, history, physics and astronomy, religion, speech communication, political science and women’s studies.

Some UGA faculty have even designed games themselves. Jace Weaver, head of the religion department, invented a game about the Cherokee removal during Gov. Lumpkin’s tenure.