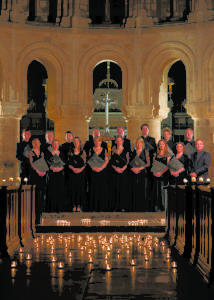 As part of the Spotlight on the Arts festival, UGA Presents is bringing the award-winning British choir Tenebrae to Athens on Nov. 10 for a 3 p.m. performance in Hodgson Concert Hall.

Based in London, Tenebrae was founded 15 years ago by Nigel Short, a former member of the King’s Singers, who also serves as the choir’s music director. The ensemble is regularly engaged with the world’s finest orchestras and has performed at major festivals and venues including the BBC Proms, Edinburgh International Festival, Germany’s Leipzig Gewandhaus and the Melbourne Festival in Australia.

In 2012, Tenebrae was the first ensemble ever to receive multiple nominations in the same category for the BBC Music Magazine Awards, winning the best choral performance honor for the album Requiem Mass, 1605. Tenebrae received its second BBC Music Magazine Award in 2016 for Brahms and Bruckner Motets, the profits from which benefit the U.K.’s Macmillan Cancer Support.

Tickets for the Tenebrae concert start at $45 and can be purchased at the Performing Arts Center box office, online at pac.uga.edu or by calling 706-542-4400. A limited number of discounted tickets are available to current UGA students for $10 with a valid UGA ID (limit one ticket per student).

A pre-performance talk will be given by Theresa Chafin, a graduate of the Hugh Hodgson School of Music. Open free to the public, the talk will begin at 2:15 p.m. in Ramsey Concert Hall.