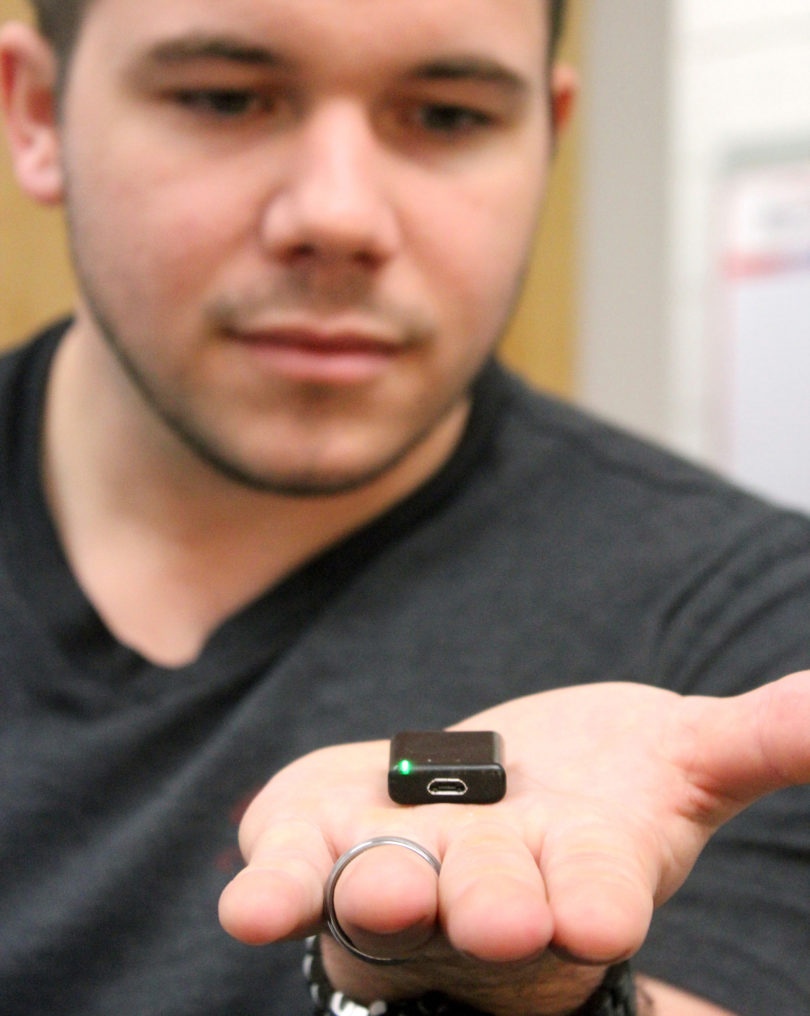 Athens, Ga. – A new, non-invasive test developed by researchers at the University of Georgia shows how exercise can help people with neurological injuries and illnesses.

Until now, evaluating the muscle health of individuals with multiple sclerosis, spinal cord injuries and other severe nerve damage was only possible using expensive equipment, such as an MRI.

But by using an accelerometer placed on the skin-similar to technology found in wearable fitness devices-and using low-level electronic pulses to mimic brain signals, researchers in the kinesiology department at the UGA College of Education can measure increases in muscle endurance, an indicator of muscle health, after exercise.

The results, said professor Kevin McCully, were beyond what researchers expected in a population that is often never even tested. “I’m a real fan of the test,” he said. “It has a chance to transform the way people study muscles in clinical populations because it’s so simple, easy and well-tolerated.”

And this new test is already showing results in individuals with multiple sclerosis, a degenerative disease that affects nerves throughout the body. Doctoral student Brad Willingham, who helped develop the test with McCully, recently used it as part of his research. The results, which received the best doctoral poster award from the American College of Sports Medicine last month, show how much exercise can help improve overall muscle health.

“If we’re giving them therapy, we’re using this to tease out the mechanism of why it’s working,” said Willingham. “We strongly believe that some benefits of therapy are related to muscle plasticity, or the ability of the muscle to adapt to exercise, and that’s essentially what this test is showing.”

Using a special anti-gravity treadmill, Willingham had patients exercise twice a week for eight weeks. Then, using the new test, he would evaluate the increase in patients’ muscle endurance after the workout. The results showed exercise had a tremendous increase in muscle health.

The researchers have partnered with the Shepherd Center in Atlanta to further investigate ways to keep patients active, no matter how serious their nerve damage. The development of this non-invasive test, said McCully, is one more tool that can be used to help patients remain independent longer.

“Even if a patient is in a wheelchair, this test shows that exercise will improve their function pretty dramatically,” said McCully. “Brad’s results show this approach works, and his preliminary results with MS patients shows tremendous promise to address changes in MS.”