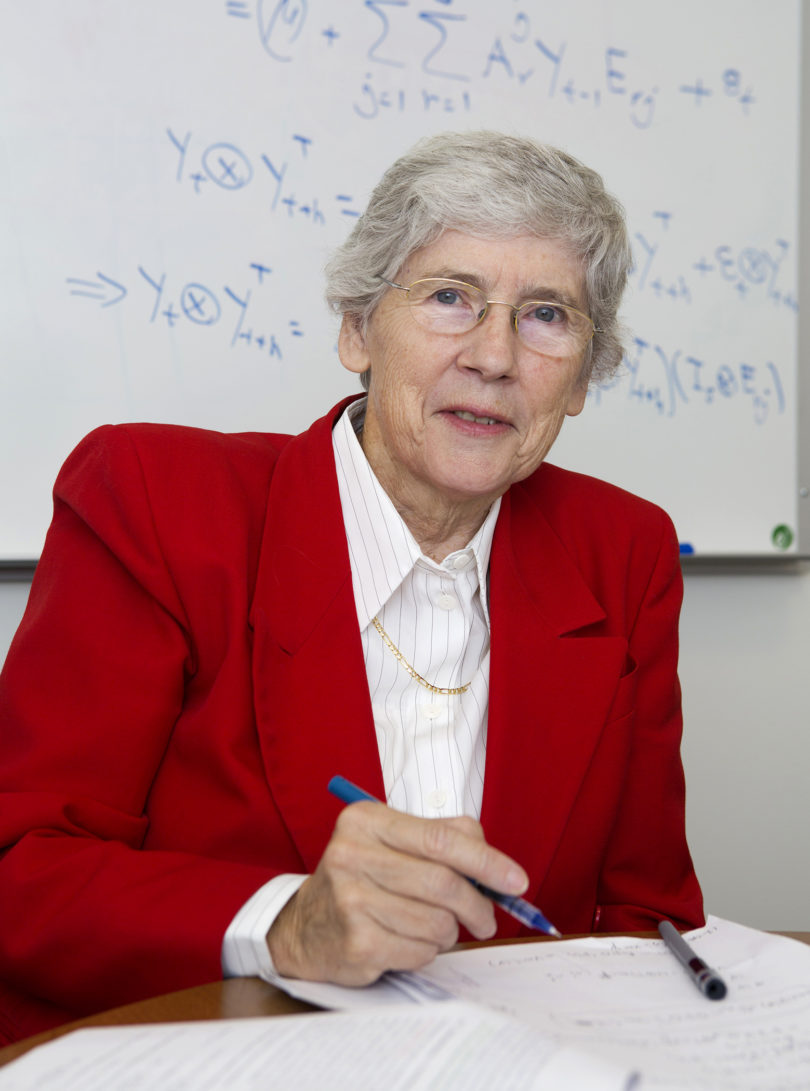 Athens, Ga. – The University of Georgia’s Lynne Billard has been selected to receive the 2013 Florence Nightingale David Award by the Committee of Presidents of Statistical Societies. Billard is a professor in the Franklin College of Arts and Sciences department of statistics.

Established in 2001 and jointly sponsored by the Caucus for Women in Statistics, every two years the F.N. David Award biannually recognizes a female statistician who exemplifies David’s contributions to education, science and public service. The award was announced at the COPSS awards session during the Joint Statistical Meetings.

Billard has long been recognized for her statistics research, her leadership of multidisciplinary collaborative groups and as a role model for women in science. She arrived at UGA in 1980 as department head of statistics and computer science, then one department. She has served as president of the American Statistical Association and the International Biometric Society, the two largest statistical societies in the world. She is only the third person to have been president of both organizations. She is co-author of “Symbolic Data Analysis: Conceptual Statistics and Data Mining.”

She also was principal investigator for “Pathways to the Future,” an annual National Science Foundation workshop from 1988-2004 focused on mentoring women in all fields of science and scientific research.

“Back in the ’70s, all the research showed that it was hard for women in all disciplines,” Billard said. “And then we said, ‘OK, if that’s the reality, how can we make sure that you succeed when the numbers show you won’t?'”

The workshops concentrated on professional advice for everything from preparing for classes to submitting to publications to reading and reacting to referee reports.

“These were professional guidelines, not specifically geared toward women,” she said, “but women were often left alone during the early career years and didn’t know these normal routes that are so crucial to their success.”

The experience has been a gratifying one for Billard, who sees the increasing numbers at annual statistical meetings, a new normal, she said, that includes more women faculty than ever.

More than 6,000 participants attended the Joint Statistical Meeting, at which the Committee of Presidents of Statistical Societies, representing five North America statistical societies, presented Billard with the F.N. David Award.

“I am honored, and it’s actually very humbling to realize that you had an influence on people’s lives, on their careers,” said Billard, who became acquainted with David herself in the late 1970s.

“Through her total dedication, exceptional record and outstanding contributions in a field that is historically male-dominated, Dr. Billard is an inspirational example in so many different ways for female statisticians and, more broadly, female scientists,” said John Stufken, professor and head of the department of statistics.