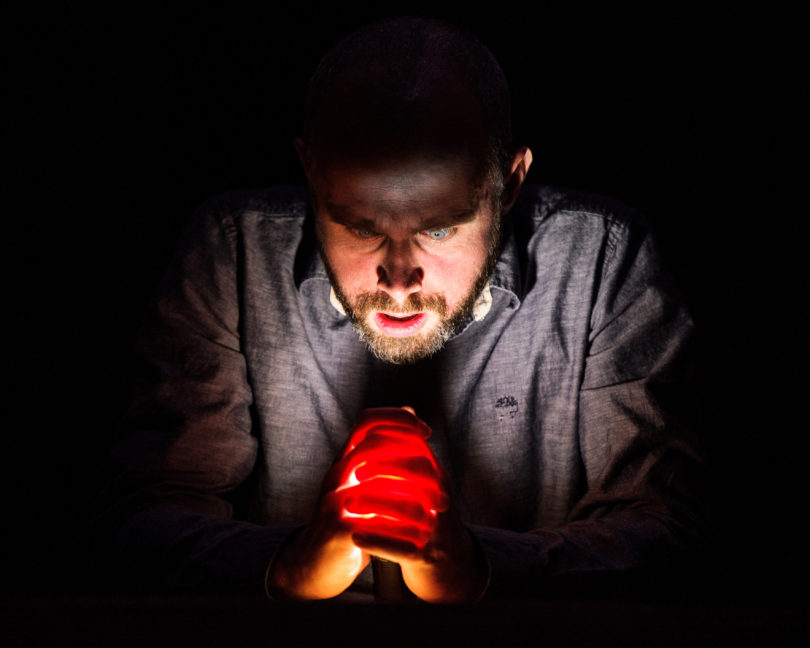 Out of Chaos brings its performance of Macbeth to the Morton Theatre on Oct. 16. (Photo by Alex Brenner)

UGA Presents is bringing a high-octane production of Macbeth to Athens on Oct. 16, courtesy of London’s Out of Chaos theater company. The 80-minute production features two actors who portray 20 characters with all of the intrigue and madness audiences expect from Shakespeare’s timeless story. Macbeth takes the stage at 7:30 p.m. in the historic Morton Theatre in downtown Athens.

Out of Chaos is an award-winning touring company whose performers hail from around the world. The company produces original theater inspired by old stories, and their productions have won top prizes at festivals in the United Kingdom, Germany and Spain. Their approach combines physical theater, original music and anarchic comedy to produce a style the Guardian described as “expertly performed and stupidly entertaining.”

Macbeth premiered in 2016 and has toured throughout the UK and the United States to rave reviews. The critic for the Oxford Culture Review called it “a force of nature … one of the most virtuosic pieces of acting I’ve seen in a long time.”

The production showcases the talents of Paul O’Mahony, the artistic director of Out of Chaos whose credits include roles with the Royal Shakespeare Company, and Troels Hagen Findsen, a Danish performer and musician who is a graduate of the Jacques Lecoq International Theatre School in Paris.

Tickets for Macbeth start at $30 and can be purchased at the UGA Performing Arts Center box office, online at pac.uga.edu or by calling 706-542-4400. A limited number of discounted tickets are available to current UGA students for $10 with a valid UGA ID (limit one ticket per student). The Morton Theatre is located at 195 W. Broad St. in Athens.