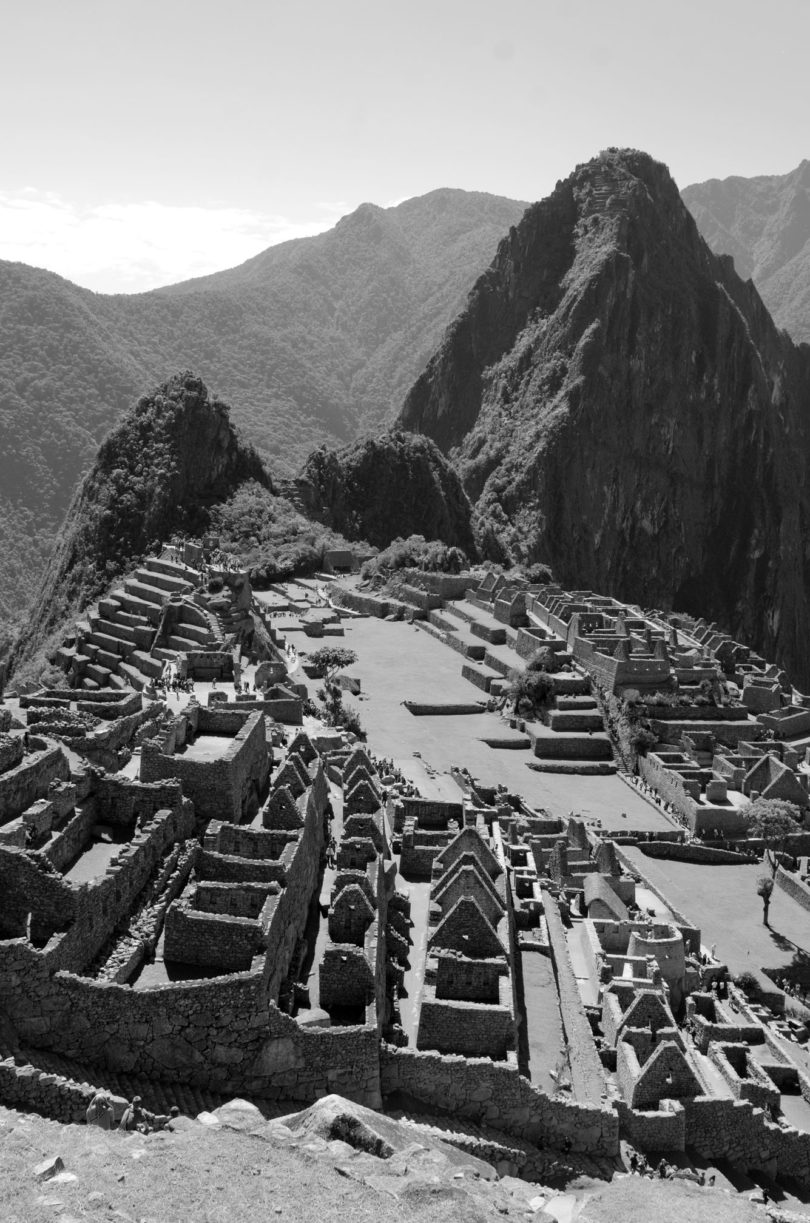 Century-old photos of the excavation of Machu Picchu in Peru are on display on the art wall in the Tate Student Center. The photo above is part of a National Geographic collection with permission of use provided by the Embassy of Peru

Forty original photographs capturing the discovery and excavation of the majestic 15th-century Incan city of Machu Picchu in Peru will be on display on the Tate Student Center Art Wall until Jan. 24.

The National Geographic exhibit, located on the concourse between the original building and its expansion, features rare photos—many of them taken by explorer Hiram Bingham 100 years ago—of his South American expeditions from 1911 to 1915. They represent the world’s first view of the pre-Columbian mountaintop refuge, considered one of the world’s most important archaeological finds.

Bingham, a young Latin American history professor at Yale University, cleared, mapped and photographed the so-called “lost Incan city” during three expeditions to Peru that were funded by National Geographic and Yale.

The UGA exhibit presents a sampling of Bingham’s panoramic black-and-white photographs of the intricate stonework, portraits of workmen and scenes along the route to Machu
Picchu. The exhibit is sponsored by the Consulate General of Peru in Atlanta, in conjunction with the UGA Latin American and Caribbean Studies Institute and local businesses.