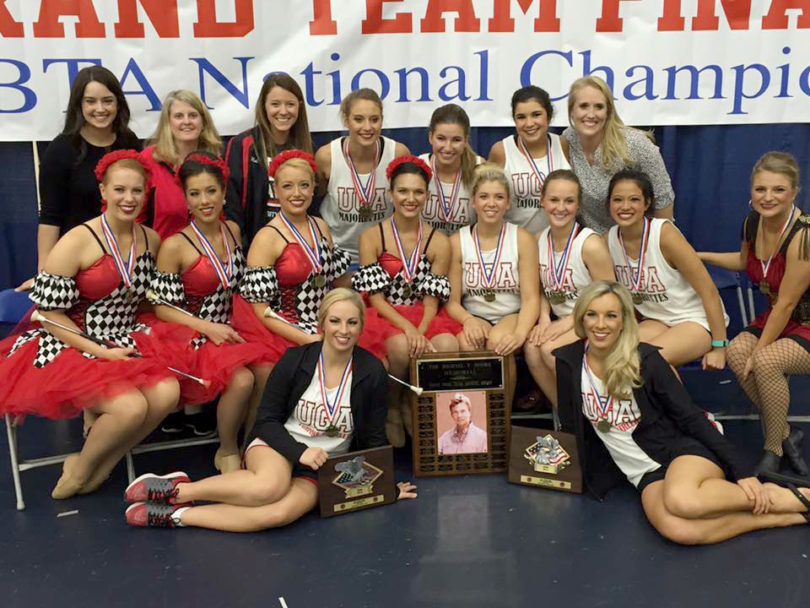 The UGA twirlers competed in two team events: a half-time routine, which is judged based on artistry and a dance-twirl routine, which emphasizes difficulty and intricacy of tricks. With these routines, the UGA twirlers are the 2016 Open Collegiate Half-time Show Twirl Team Champion and WOW award recipients for best choreography among collegiate teams.

UGA also was awarded the Michael Moore Choreography Memorial Award for outstanding choreography among all competition routines in the senior age division, the first time this award has ever gone to a collegiate team.

The UGA twirlers also placed first and third runner-up in large and small divisions of the senior dance twirl competition. The majorettes competed against teams from across the nation.

Kristina Howell, senior captain of the UGA Majorette line, won the Team Member of the Year award for leadership and performance among other competition teams.

Kenerly and Williams competed against more than 70 other college twirlers for their titles.

The UGA majorettes and feature twirlers will perform Sept. 3 in the Georgia Dome with the Redcoat Marching Band at the first football game of the season against the ­University of North Carolina-Chapel Hill.