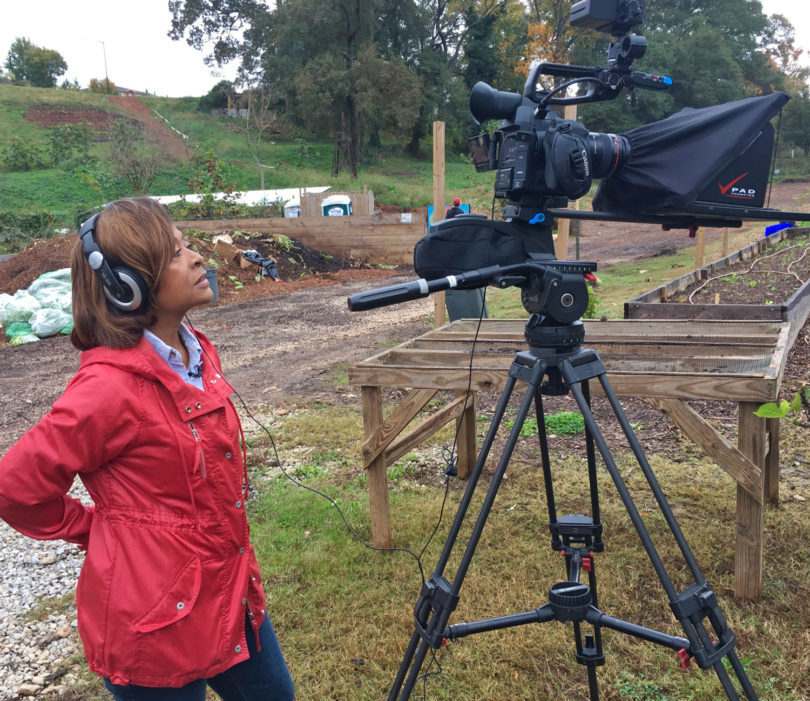 Malena Cunningham Anderson ABJ '80 was Emmy Award-winning journalist before she turned to documentary filmmaking. She won an award for her first film and her second comes out later this spring.

Malena Cunningham Anderson’s life changed following a fundraiser she attended only because she couldn’t find a way to get out of it.

It was Christmastime 2012 in Birmingham, Alabama. At the time, Anderson ABJ ’80 was running a media relations company. Prior to that, she’d been a news anchor and reporter at Birmingham’s NBC station for more than 12 years and was a well-known and well-liked member of the community.

The fundraiser was hosted by the president of a local bank, and the goal was to raise money for a talented 11-year-old cellist named Malik Kofi who needed money for additional lessons. It wasn’t that Anderson wasn’t interested; she just didn’t have a lot of time to stay that evening. Her plan was to shake a couple of hands, engage in some small talk, and then sneak out early.

That’s not what happened.

“I heard this child play the cello and it was amazing. The voice inside my head said, ‘Tell this story,’” Anderson says. And that’s the night a documentarian was born.

“A documentary is just a long-form news story,” says Anderson, whose first TV job was at CNN. She also worked at stations in Kentucky, Pennsylvania, and Savannah before moving to Birmingham, where she won multiple local Emmys. “I was used to telling stories in two minutes or less. So to be able to get more into a person’s life and really let the story breathe was exciting.”

After hearing Malik play, Anderson asked his grandmother if she could follow him for a couple weeks to put something together. Those two weeks turned into three months, and her work eventually was used for another fundraiser to help Malik with additional lessons.

That was it until 2017, when Anderson, who had by then moved back to Georgia, was encouraged to enter the documentary into film festivals. It was the right move. Little Music Manchild: The Malik Kofi Story was named Best Documentary at the 2017 BronzeLens Film Festival, Atlanta’s showcase for filmmakers of color.

Anderson, who launched her company Newslady Productions shortly before winning her award, is now at work on her follow-up film. Like her debut, her inspiration came from an unexpected place. In March 2017, she went to what she thought would be a typical event at the Georgia Capitol and met Rashid Nuri. The 69-year-old was a Harvard graduate, he worked four years in the Department of Agriculture in the 1990s, and he recently retired from an urban garden in Atlanta’s West End that he started in 2015.

Anderson’s film SEED tells his story. She is hoping to wrap production in March, then enter it in film festivals later in the year.

“I originally thought this story would just be about urban agriculture,” Anderson says about her upcoming film, “but it’s also about gentrification, community, and economic empowerment. You have to ask questions and find out what the story is.”