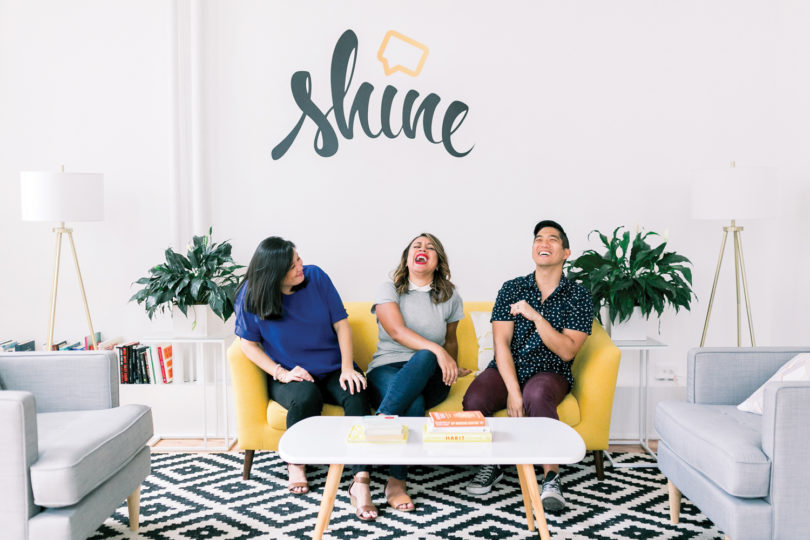 Marah Lidey ABJ '11 (center) is co-founder of Shine, a self-care app aimed at Millennials that sends daily messages of encouragement, along with a research-backed article and a meditation. (Photo by Yumi Matsuo/Special)

As she worked to launch her career in the challenging environment of a big city, Marah Lidey ABJ ’11 discovered something about herself and her peers. 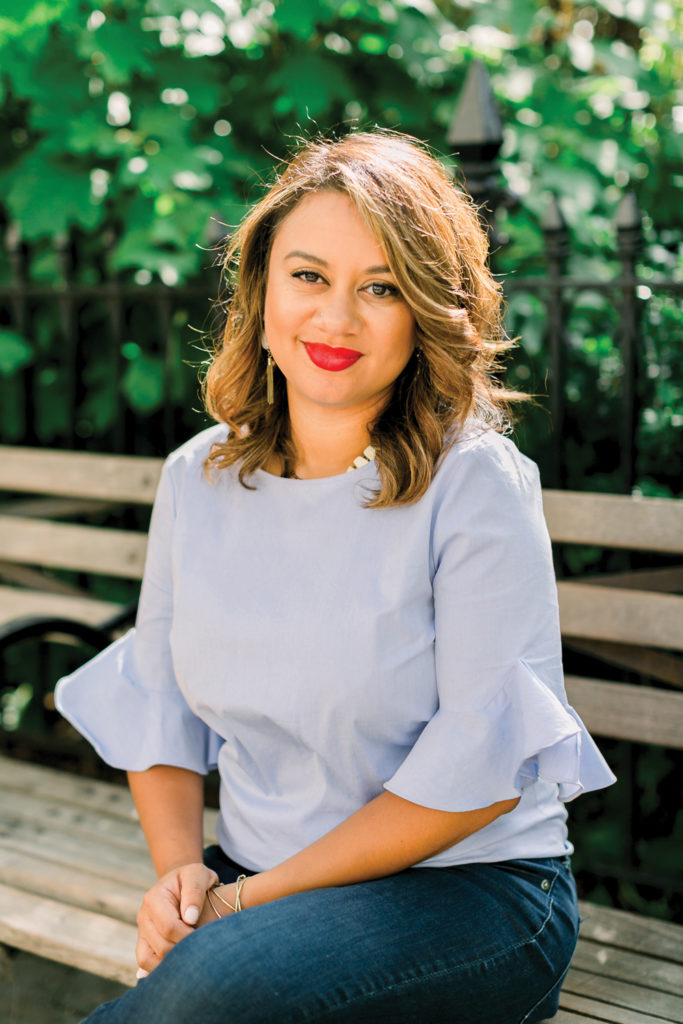 “We found that we were really good at being kind to our friends when they went through hard times or dealt with difficult emotions,” Lidey says. “But we were pretty hard on ourselves. So, we wanted to create something that made it easy and habitual for people to treat themselves better and to essentially practice daily self-compassion.”

She and Naomi Hirabayashi, a colleague at a New York nonprofit where they both worked, responded in 2015 by co-founding Shine, a self-care app for millennials “that feels like a daily pep talk in your pocket.” It has gained attention from Glamour, Mashable, and other media. And Forbes named Lidey one of its 30 Under 30 for consumer technology for 2018, saying 500,000 people in 165 countries use Shine and that the company had raised $3 million.

Lidey says the aim is to address a “spiral of silence,” in which people experience anxiety or depression, blame themselves, and don’t talk about it with others.

“The antidote is really self-compassion and hearing from other people how they practice self-compassion,” Lidey says. With Shine, “every day we’re giving you a daily messaging conversation, a research-backed article, and a meditation.”

A text such as “Make It Happen Monday: ‘Nurture your mind with great thoughts, for you will never go any higher than you think.’ Visualizing what we want can give us the power, motivation, and blueprint to make it happen. Dream the big dream today, Marah. Dare you.”

Lidey says that in three years, Shine has amassed 4 million users of its mobile app or text messaging. And she says a study commissioned by Shine found that using the service is correlated with decreases in anxiety and depression.

The first in her family to go to college, Lidey studied public relations in the Grady College of Journalism and Mass Communication. Lidey credits her time at Georgia for directing her toward the digital world, where she has thrived.

“Going to the University of Georgia was definitely game changing for me,” she says. “What I found to be so great is that I was able to make a really strong friend group there. Those people helped shape my identity.”