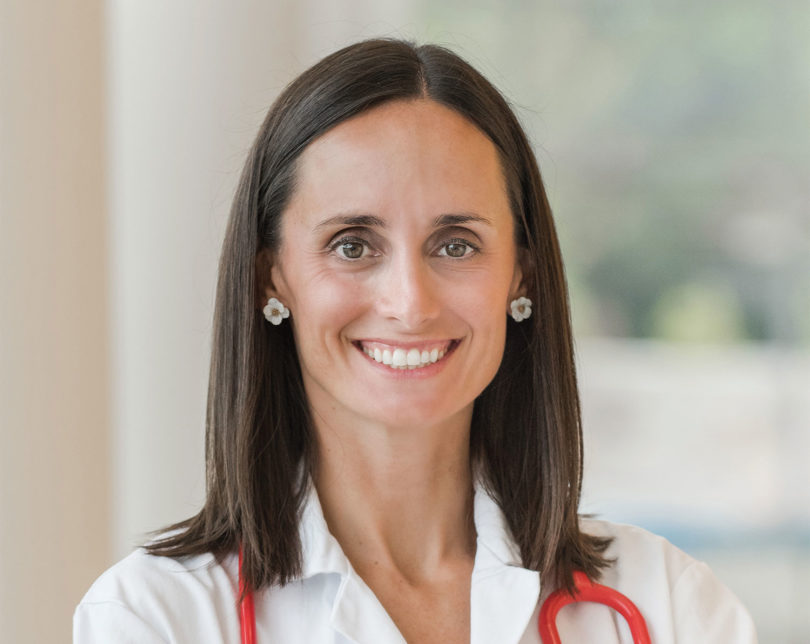 UGA alumna Margaux Charbonnet Murray is the medical director of the Complex Care Program at Children's Healthcare of Atlanta. Program physicians essentially serve as medical project managers for children with rare, complex illnesses. Murray is a member of UGA's 2018 40 Under 40 class. (Photo Special)

With newborns, parents are sleep deprived. With toddlers, they’re exhausted from chasing curious children. Middle and high school years bring a whole host of other stressors.

But for some families, parenting revolves around much more than a toddler tantrum or an angsty teen.

Take the Smith family, whose 8-year-old daughter was born with structural abnormalities in her brain. She suffers from seizures and breathing problems and requires a feeding tube and wheelchair. For years, her parents never left her side, administering medications and breathing treatments, their only rest being when one ran quick errands around town while the other stayed home.

Then they found the Complex Care Program at Children’s Healthcare of Atlanta (CHOA), which matched them with in-home nursing.

“It was tough for them to let someone into their world, but the nurses give them a few hours of respite each day,” says Margaux Charbonnet Murray BS ’02, medical director of the program and a practicing pediatrician.

“I’m humbled every day by families who take care of kids with chronic complex illnesses,” she says. “If you don’t know one of these families, you don’t understand what their day-to-day life is like. They have great needs and great love for their kids. They want to provide a good life for their children, but they need help.”

Murray’s team effectively acts as medical project managers for children with rare, complex illnesses, such as genetic disorders, developmental delays from premature birth, or brain injuries. The team navigates everything from scheduling treatments and in-home care to teaching families how to take care of certain things at home. The goal is to reduce the amount of time these families spend in the hospital and to give families an ally in navigating their children’s healthcare needs.

There are 90 kids currently enrolled in the pilot program, with an equal number on the waiting list and hundreds of kids across the state in need. Although these children represent just 4 percent of the pediatric population at the hospital, they require 40 percent CHOA’s resources.

Murray previously served as a hospitalist, which is a physician who works exclusively at a hospital treating admitted patients at CHOA. She realized she was treating the same kids over and over.

“I felt like if we’d done a little better in the outpatient setting, maybe they wouldn’t have needed to be admitted,” she says. “We’re coordinating their care better, so they’re not coming to the emergency room and we can free up some of that 40 percent for them and for other kids.”

Her experiences with the Complex Care Program have given Murray perspective.

“This job is a reminder to not worry about the little things,” she says. “Be thankful every day for your health because these families are dealing with stresses at a level that are completely different from the little stuff that everyone else gets bogged down with.”