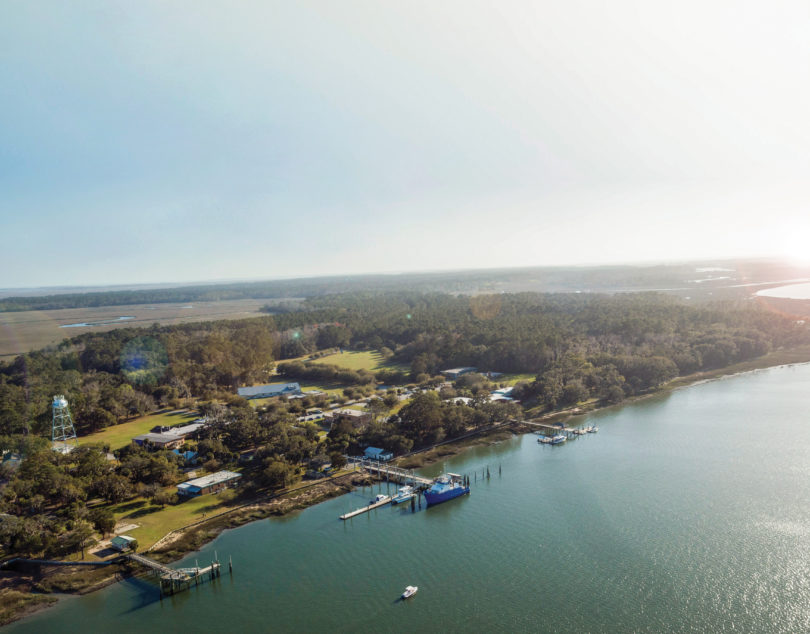 An aerial view of Skidaway Island, south of Savannah. (Photo by Nick Bragg/UGA)

Beyond the barrier islands of coastal Georgia, the continental shelf extends gradually eastward for almost 80 miles to the Gulf Stream. This broad, sandy shelf largely does not provide the firm foundation needed for the development of reef communities to support recreational and commercial fish species including grouper, snapper, black sea bass and amberjack.

“Natural and artificial reef habitats are important to Georgia fisheries because they provide hard, permanent structure on the Georgia shelf, which is dominantly a vast underwater desert of shifting sands,” said Clark Alexander, professor and director of the University of Georgia Skidaway Institute of Oceanography.  “The Georgia Department of Natural Resources has invested significantly over the past several years in developing the capacity to map these areas to enhance the management of these reef communities.“ 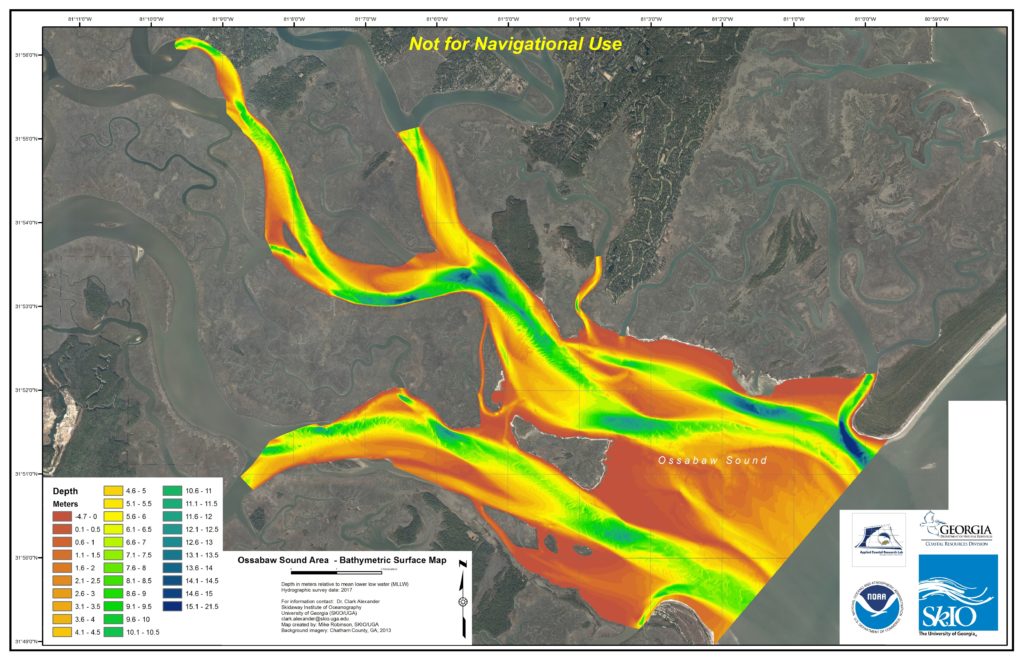 To increase the availability of high-quality hard bottom areas off Georgia, the DNR began an artificial reef-building program in 1971 to deploy materials at various locations across the continental shelf, from 2 to 30 miles offshore.  Reef materials include concrete slabs and culverts from road, bridge and building demolition, subway cars, ships, barges, and U.S. Army tanks.  Because some of these reefs are far offshore and DNR resources are limited, the status of some of that material has not been examined for decades.

For the past five years, Alexander has been leading an effort to improve understanding of marine, coastal and estuarine habitats and functions using high-resolution sonar to map state water bottoms, with funding from the DNR Coastal Incentive Grant program. Alexander’s team has amassed critical depth and habitat information for five of Georgia’s sounds (Wassaw, Ossabaw, St. Catherine’s, Doboy and Sapelo), revealing deeply scoured areas where underwater cliffs have formed to create hard substrate where complex ecosystems and biological communities have developed.

“These inshore, hardbottom habitats should enhance biodiversity in the areas near these structures and enhance ecosystems supporting both commercial and recreational species across the continental shelf,” Alexander said. 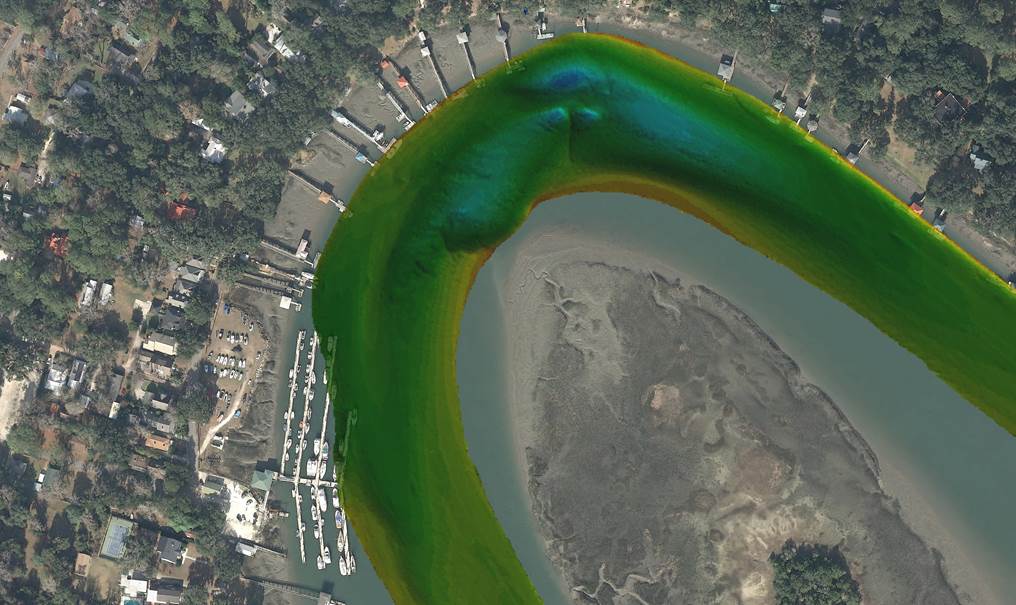 Alexander is currently leading a new, three-year project mapping important fish habitats in state waters — the newly discovered estuarine habitats, and artificial reef structures within 10 nautical miles of shore – those areas most accessible to recreational anglers, boaters and divers. In addition, his research group is mapping previously unmapped portions of the sounds and tidal rivers deeper than 15 meters to discover the extent of these newly identified estuarine hardbottom habitats.

Skidaway Institute researchers will work with DNR to update the online “Boater’s Guide to Artificial Reefs” with accurate locations and imagery of deployed materials for these reefs. These new, more accurate artificial reef surveys will also document recent changes in the locations and integrity of placed materials and verify the low-tide water depths over all features in the artificial reefs to enhance navigational safety.