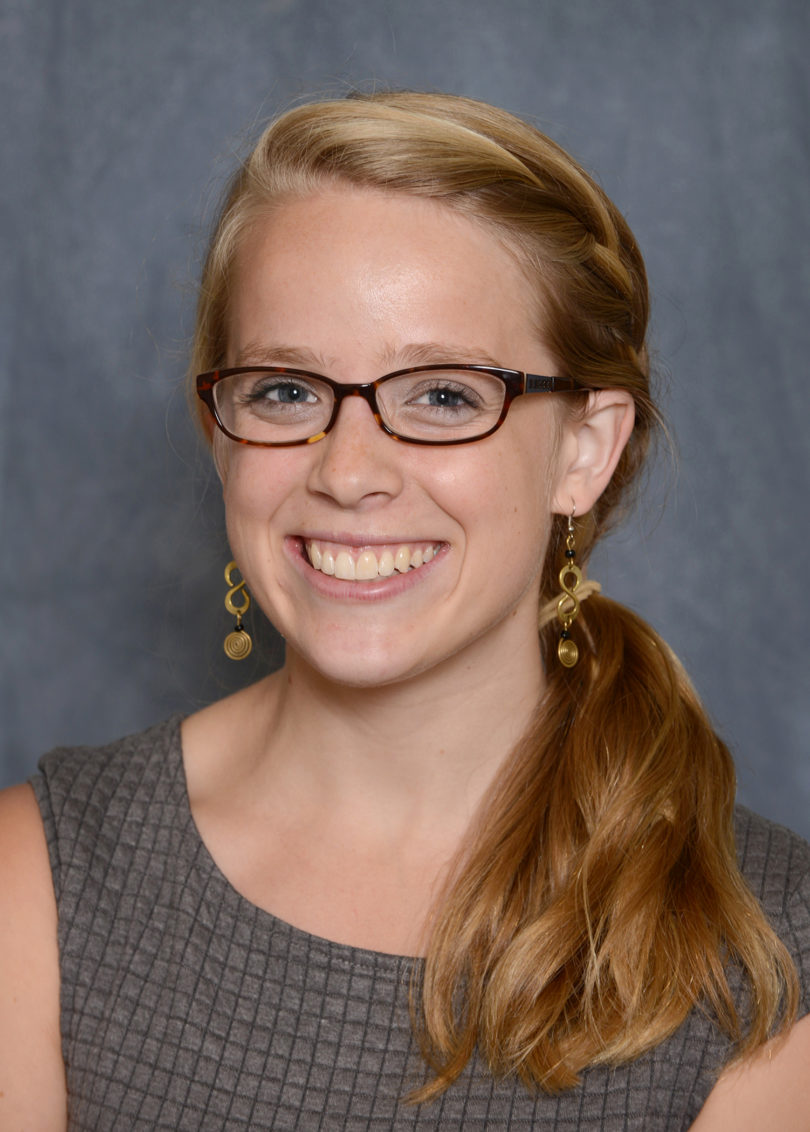 Athens, Ga. – University of Georgia Honors student Meredith Paker has been named a recipient of the Marshall Scholarship to pursue graduate studies in the United Kingdom. Up to 40 Marshall Scholars are selected each year, and Paker is UGA’s third student in the last decade to earn the award and the seventh in the university’s history.

Of the 32 Marshall Scholarships awarded this year, only eight went to students at public universities.

While at UGA, Paker has conducted economics research with faculty members Jonathan Williams, David Bradford and William Lastrapes. Contributing to a growing literature on the prevalence and impact of off-label prescriptions in the U.S. pharmaceuticals market, she has recently presented her work at the International Health Economics Association conference in Italy and at the UGA Center for Undergraduate Research Opportunities Symposium. After completing her master’s at Oxford, her goal is to pursue a doctorate in economics and begin a career as an academic economist.

“The University of Georgia is very proud of Meredith for this accomplishment,” said President Jere W. Morehead. “Her selection as a Marshall Scholar is a testament to the quality of UGA students and the benefits of undergraduate research. I am confident that Meredith will excel in her studies at Oxford University and that she will make a significant impact on the field of economics throughout her career.”

The Marshall Scholarship, established by an Act of Parliament in 1953, is one of the highest academic honors bestowed on American post-baccalaureate students. More than 900 students from across the U.S. apply annually. The program, which was created in gratitude for U.S. assistance to the United Kingdom during World War II under the Marshall Plan, provides funding for up to three years of graduate study at any United Kingdom university in any field.

“I am so pleased for Meredith, and I am appreciative of the excellent faculty mentoring she has received,” said David S. Williams, associate provost and director of UGA’s Honors Program. “I think it is important to note that Meredith is not only a gifted thinker and researcher, but it is clear that she is also deeply passionate about using her intellect for the betterment of society.”

In addition to being a recipient of the Foundation Fellowship, UGA’s premier undergraduate scholarship, Paker is an inductee to the Phi Beta Kappa and Phi Kappa Phi honor societies. She has studied abroad at Oxford and in Tanzania, where she summited Mount Kilimanjaro in 2014.

“I am so excited to explore a new area of my field for the next two years,” said Paker. “With the Marshall Scholarship, I will become the best economist I can be. I can’t thank the Honors Program and my research mentors enough for their support.”

Paker has served as an Honors teaching assistant for first-year Honors students and is vice president of the UGA Economics Society. She leads a Girl Scout troop through Campus Scouts and hosts a weekly radio show on UGA’s student-run radio station, WUOG 90.5FM.

“Earning this prestigious honor is the byproduct of Meredith’s hard work in two different, but critical, arenas,” said Jessica Hunt, major scholarships coordinator in the UGA Honors Program. “Meredith has been committed to academic excellence, undergraduate research, and civic engagement throughout her four years at UGA, and she has also spent several months successfully navigating the arduous application and interview process. The Marshall award is a testament to her talent, her dedication to the field of economics, and her desire to positively impact local, national, and international communities.”