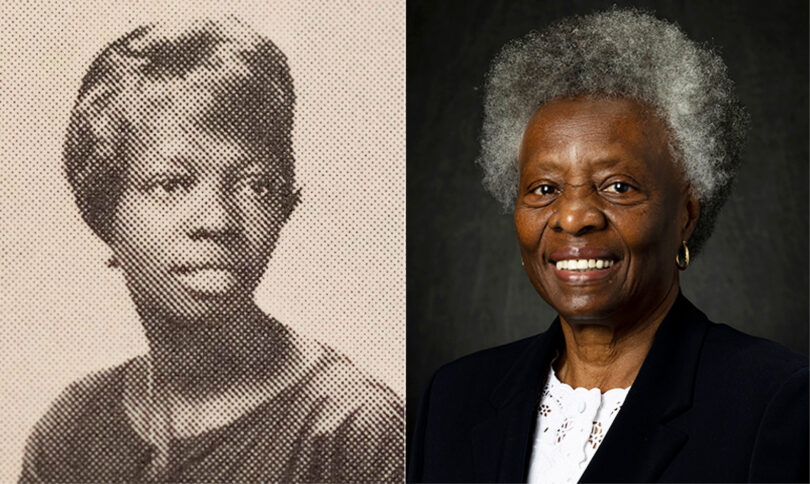 Mary Blackwell Diallo as a UGA student and today.

Mary Blackwell Diallo, among one of the first African American students to enroll as freshmen and complete their undergraduate degrees at the University of Georgia, was recently honored Aug. 4 during the dedication of Black-Diallo-Miller Hall, the newest residence hall on campus.

Diallo earned bachelor’s and master’s degrees in French literature from UGA and a doctorate from Emory University. She taught at Morehouse College and at Florida A&M University (FAMU), from which she retired last year after a long and productive career.

“To President Morehead, members of the Board of Regents, platform guests and members of the audience, I would like to express my sincere appreciation of this honor,” said Diallo, who was the first African American student from Athens to enroll in the University of Georgia. “I would love to call the names of hundreds of people who have made this day possible for me, but my time is limited before you. I would like to thank the University of Georgia for recognizing the contributions my fellow classmates and I have made to the history of this institution.”

Diallo served as coordinator of language and study abroad programs and as an associate professor of French. She had previously served as president of FAMU’s faculty senate and as a member of the university’s board of trustees. She was a contract interpreter for the U.S. Department of State and participated in Fulbright Exchange Teacher Fellowships in Benin and France.