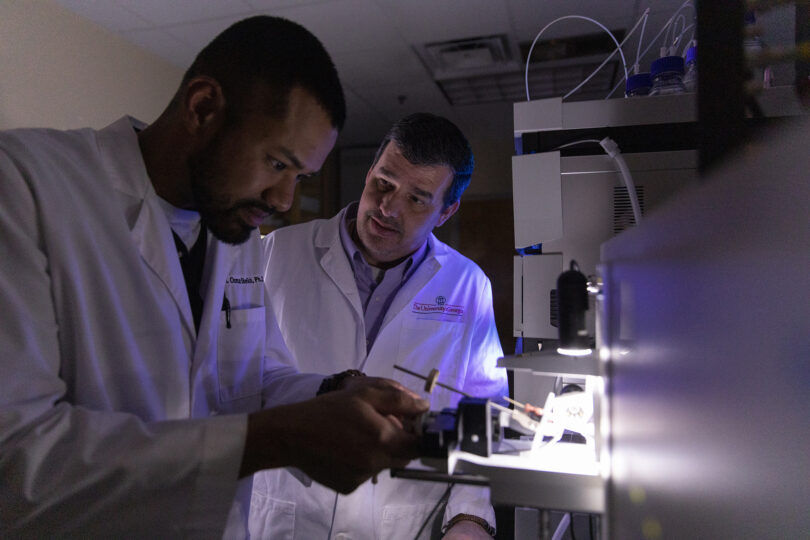 When the COVID-19 pandemic hit, Lance Wells and his colleagues wanted to learn more about why the virus was so contagious in humans. To properly study this question using live virus samples, he not only needed an extremely sophisticated mass spectrometer, but the device would need to be inside a biocontainment facility.

The University of Georgia had such a facility, and it also had an advanced mass spectrometer, but the two were not co-located. If the instrument could simply be moved, Wells would be in business. 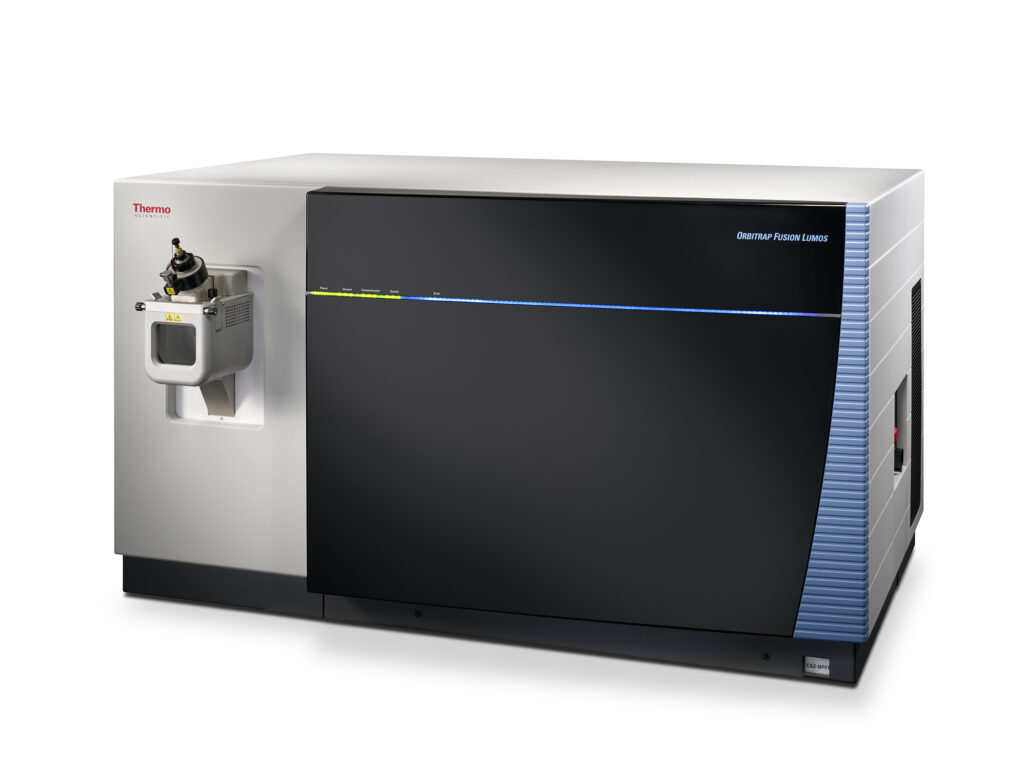 Now, UGA is poised to respond more aggressively not only to COVID-19 but to any other pathogen that threatens the human population. Its state-of-the-art Thermo Fisher Scientific mass spectrometer has been moved into biosafety level 3 containment on campus, giving the university a capability that no other university can match.

This spring, the instrument was moved from its previous home at the Complex Carbohydrate Research Center to the Animal Health Research Center, a 75,000-square-foot facility that features both BSL-2 and BSL-3 research spaces. AHRC administrators worked with the Office of Research and Thermo Fisher Scientific, a longstanding industrial partner of CCRC investigators, to make the move happen.

Having this instrument, a Thermo Scientific Orbitrap Fusion Lumos Tribrid mass spectrometer, in containment will allow AHRC and CCRC collaborators to study some of the most dangerous infectious agents using cutting-edge mass spectrometry approaches, according to Wells, director of Integrated Life Sciences and Georgia Research Alliance Distinguished Investigator at the CCRC.

“Having such a high-end instrument in BSL-3 containment in a large-animal containment facility is truly unique,” he said. “Getting samples out of containment is slow and can damage the native material. With an instrument in containment, we can work on new and emerging pathogens instantly without vetting decontamination protocols.”

Mass spectrometry analyses go hand-in-hand with infectious disease experiments, and it is an iterative process, Wells said. One of the benefits of this high-end mass spectrometer is its ability to study complex glycosylation patterns on microbial proteins. Those glycans often modulate the binding of proteins, and understanding the composition and structure of those protein modifications in native material is crucial in infectious disease biology.

“With existing pathogens, we can perform analyses rapidly, pass that information on to infectious disease folks to modify their experiments, and then retest the new results again rapidly,” he said.

The AHRC facility meets BSL-3 containment specifications, designated for work involving microbes and viruses that can cause serious and potentially lethal disease via inhalation. This enables scientists at AHRC to study a variety of infectious microorganisms, parasites and toxins in a safe environment, according to Daniel Mead, professor and AHRC science director.

Wells and Michael Tiemeyer, CCRC Distinguished Research Professor, have been collaborating with Thermo Fisher for years. In 2015, the company named their labs its sole Center of Excellence in Glycoproteomics in the world.

When the COVID-19 pandemic hit, researchers at CCRC and AHRC teamed up, and the Center of Excellence reached out to Thermo Fisher for support. The company facilitated the movement of the instrument into the AHRC and agreed to train staff members on repair and maintenance.

Thermo Fisher also agreed to place their newest high-end mass spectrometer, the Thermo Scientific Orbitrap Eclipse Tribrid, at the CCRC to facilitate the research mission of the new collaborators—CCRC, AHRC and infectious disease experts—as well as existing funded projects within the CCRC.

“We hope to accelerate the important research ongoing at CCRC by making our most advanced features for studying proteins and their modifications available to researchers at the CCRC,” said Andreas Huhmer, senior director, OMICS, chromatography and mass spectrometry, Thermo Fisher Scientific.

This endeavor is further augmented by a pending, submitted NIH instrument grant, with support from Thermo Fisher, the CCRC and the Office of Research. The Orbitrap Eclipse Tribrid will support 28 investigators currently funded by at least 43 NIH grants primarily focused on the interface between glycobiology and infectious disease.