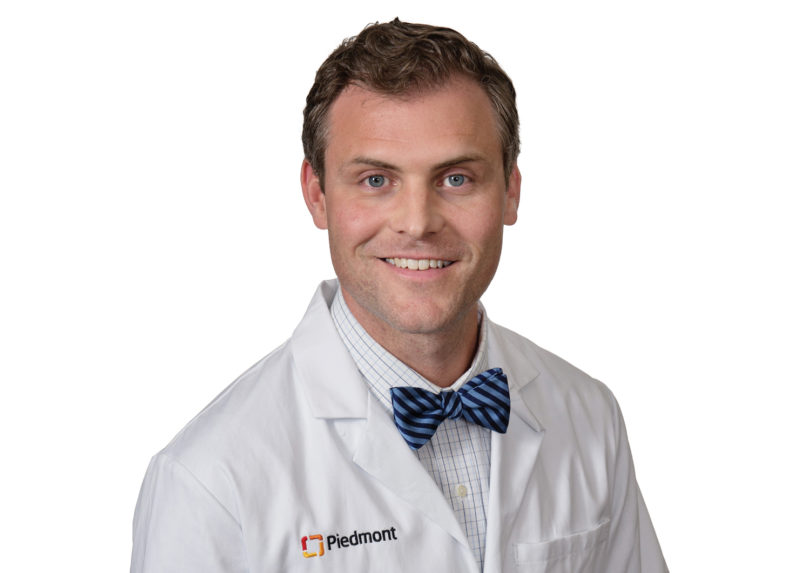 Matt Crim AB' 05, BS '05 practices cardiology at Piedmont Athens Regional Hospital, and is an assistant professor of medicine at the Augusta University/University of Georgia Medical Partnership.

Matt Crim’s medical journey took him around the globe, from working in labor and delivery units in Tanzania, to teaching English to medical staff in Thailand, to earning his master’s degrees in the United Kingdom.

But Crim always knew he would find his way back to Athens.

In some ways, Crim AB ’05, BS ’05 had a typical UGA undergraduate experience. He was active in clubs including the Accidentals, an all-male a cappella group, and was a member of a fraternity. In other ways, Crim’s experience was anything but typical. He received a Foundation Fellowship and served on medical service trips in Tanzania and Thailand during breaks. He was the first UGA student to ever receive both the Truman and Marshall scholarships, which provided him with the opportunity to earn advanced degrees in the U.K.

“The impact that UGA has had on my life is just immeasurable, so I’m deeply thankful for all of the opportunities I had as an undergrad,” Crim says. “They definitely have set the course for my path.”

During the summer break between completing his graduate programs abroad, Crim returned to UGA’s campus to marry his high school sweetheart and fellow Bulldog, Jill Smith Crim BSEd ’04, in the Chapel. The couple spent their first year of marriage in London before moving to Baltimore where Crim received his M.D. from Johns Hopkins University. For his next move, Crim wanted a balance between academia and time seeing patients.

He found it in a familiar place.

Crim’s journey came full circle when he was offered a position as a cardiologist at Piedmont Athens Regional Hospital and as an assistant professor of medicine at the Augusta University/University of Georgia Medical Partnership. “We had always thought in the back of our minds we might end up here eventually, but the stars sort of aligned in terms of this opportunity.”

“It’s really gratifying to now come back and live in this place and contribute to the students on their journeys,” Crim says. “The city has changed a lot since we were undergrads, but all in good ways.”