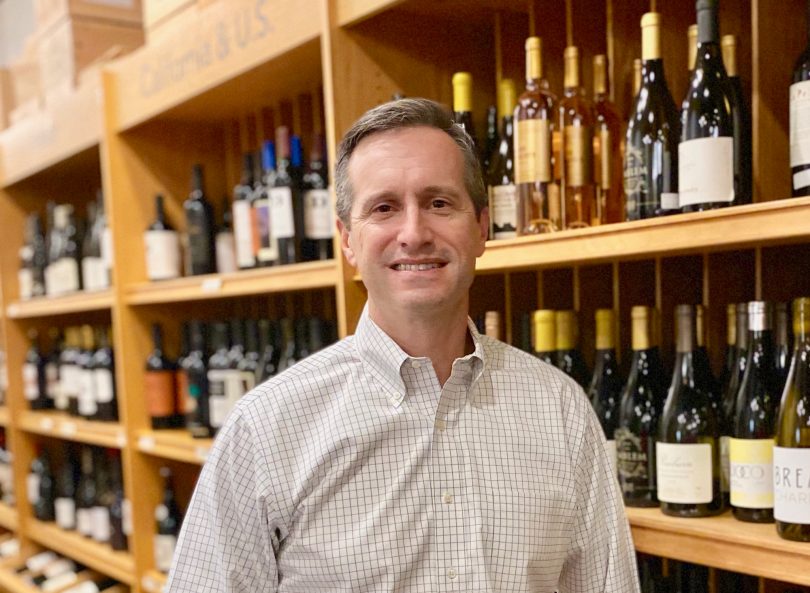 Matt Lindsay BBA ’92, PhD ’99 is the president of Mather Economics, an Atlanta-based economics consulting firm. Since its launch in 2002, Mather Economics has touches on industries ranging from newspaper publishing to lotteries. Lindsay's newest venture is into the wine sector. (Photo by Annie Lindsay)

Matt Lindsay often enjoys a nice glass of pinot noir with dinner. He calls it a “fascinating grape” and likes exploring how wines made from the varietal in France differ from those in California.

These days, Lindsay is likelier to be considering the business model of the wine club that shipped his pinot noir than what is in the bottle. It is the result, he says, of mixing business with pleasure.

“There is a lot of mystery about wines during the purchase decision,” Lindsay says of the buying process. “You don’t know if you’re going to like it until you try it.”

When shopping for wines, consumers often waver over price and quality. Lindsay uses data analytics to help wineries understand what their customers will purchase and for how much.

Before entering the wine market, Mather Economics was already serving several other industries, including technology, telecommunications, lotteries, and media and publishing. Lindsay based his business around the idea that companies need data to understand their customers and optimize their operations.

For example, the company developed ways for newspapers to grow their subscriber revenue with smarter pricing strategies.

“Newspapers never really had any science behind their subscription pricing,” says Lindsay. So, his firm built sophisticated economic models to support its newspaper clients with targeted subscription offers and renewal prices.

One of those clients helped his foray into the wine industry. As publisher of The Dallas Morning News, Jim Moroney had worked with Mather Economics for several years. And then, when Moroney retired and opened the Six Mile Bridge Winery in Paso Robles, California, he discovered that wineries had the same lack of insight into their wine club subscribers that newspapers faced. They didn’t understand who canceled their subscriptions or why.

He thought of Lindsay’s economic models and hired him to support his wine club and introduced him to nearby wineries as well. Those introductions included Lindsay’s recently-added client TH Estate Wines, a Paso Robles winery owned by former Bulldog All-American defensive back Terry Hoage and his wife, Jennifer.

Lindsay’s expansion into the wine sector came as wineries turned to wine clubs to help overcome sales lost when restaurants closed or curtailed operations due to the coronavirus pandemic. Wine Enthusiast magazine reported in November that wine clubs were “helping U.S. wineries stay afloat” during the downturn.

Lindsay acknowledged the wine industry’s challenges present many “fascinating economic questions.” His firm joined the American Association of Wine Economists, but Lindsay described himself as still “an aspiring wine economist” as well as a consumer on a journey to better understand wine.

“Once you know more about wine and you become a better consumer of wine, it’s a very compelling thing,” Lindsay says. “It’s a really wonderful learning curve.”