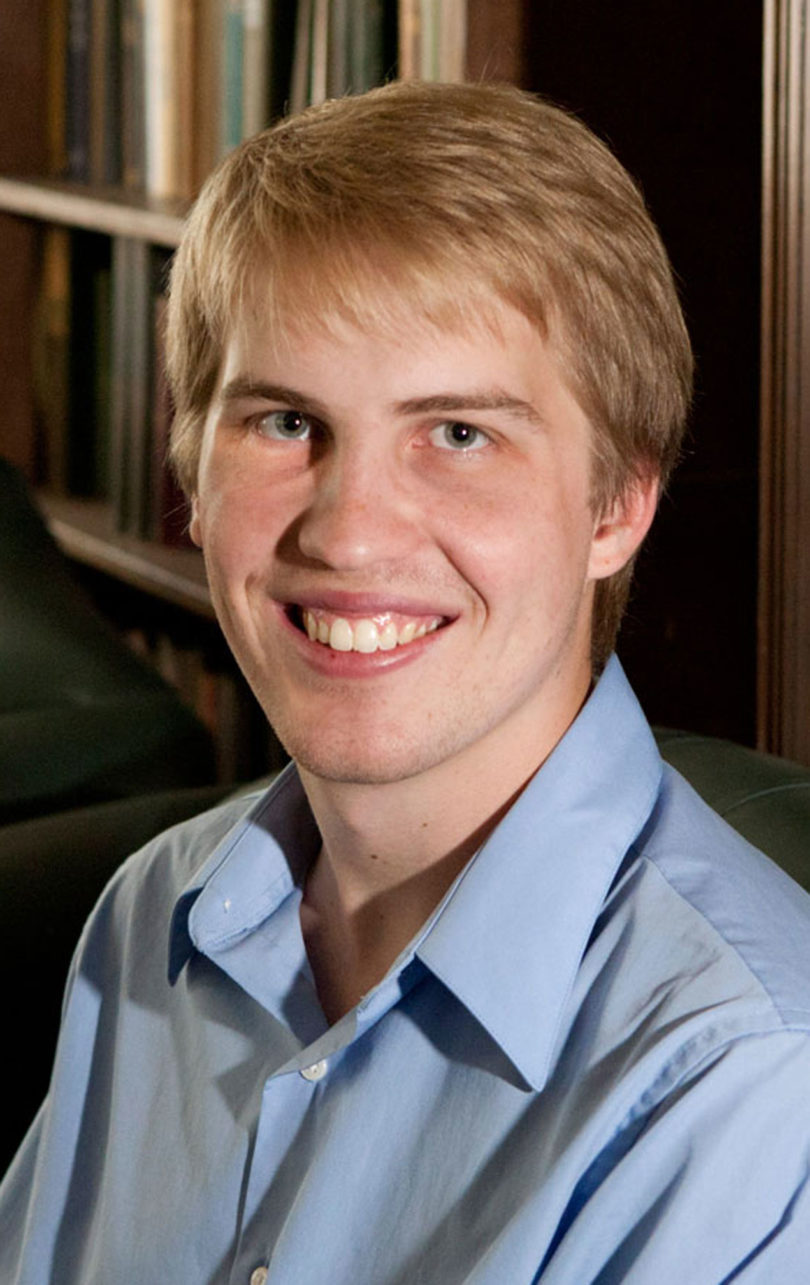 Athens, Ga. – University of Georgia Honors student Matthew Sellers of Perry has been named one of 36 national recipients of the 2012 Marshall Scholarship to pursue graduate studies in the United Kingdom. He is the fifth UGA student to earn the award in the past decade and the sixth overall from the university.

Sellers, who is a UGA Foundation Fellow, plans to pursue a master of studies program in modern literature followed by a doctor of philosophy program in English language and literature at England’s Oxford University. He will graduate from UGA in May with a bachelor’s degree in English and a minor in history.

“The Marshall Scholarship furthers America’s bond with its oldest and most faithful ally, Great Britain, while also advancing UGA’s goal of internationalizing the student experience,” said UGA President Michael F. Adams. “It is a mark of quality that Matthew is the fifth UGA student to earn this opportunity in the past several years. I am very proud of him, and I know that he will represent UGA well.”

More than 1,000 students applied for the scholarship, which was established in 1953 as a gesture of gratitude to the U.S. for the assistance the U.K. received after World War II under the Marshall Plan. Considered one of the highest academic honors American post-baccalaureate students can receive, the scholarships provide funding for up to three years of graduate study in any field at a university in the U.K.

“The Marshall Scholarship program helps to ensure an enduring and close relationship between the future leaders of the U.K. and the U.S.,” said British Consul General Annabelle Malins. “The roster of former Marshall Scholars reads like a ‘Who’s Who’ of leaders from all walks of American life-from the top levels of the U.S. government to leading innovators such as Reid Hoffman, founder of LinkedIn.”

While at UGA, Sellers has taken advantage of research, internship and travel opportunities to prepare for a teaching and research career in academia. He became interested in studying literature after completing a research project as a 2009 summer fellow with UGA’s Center for Undergraduate Research Opportunities. Sellers focused on the poetry of Pulitzer Prize-winner Robert Penn Warren under the guidance of English professor Hugh Ruppersburg, who currently serves as interim dean of UGA’s Franklin College of Arts and Sciences.

Sellers’ summer project eventually evolved into his Honors thesis that he presented at this spring’s CURO undergraduate research symposium at UGA. He explored how Warren depicts populism and populist leaders in fiction and compared those representations to current grassroots political movements such as the Tea Party and Organizing for America.

Two Washington, D.C., internships influenced Sellers’ other interests in public policy research and development. Through UGA’s Honors in Washington program, he interned with the National Association of Counties in 2010. This past summer, he interned with the U.S. Department of Education, working on a new program that promotes sustainability and environmental education.

“I am thrilled to join a group of passionate, engaged scholars working in diverse fields but all committed to making the world a better place,” said Sellers. “Receiving the Marshall Scholarship is a tremendous honor, and I look forward to the opportunities for personal, professional and intellectual growth it presents.”

Sellers has served in several leadership roles with UGA’s chapter of the Roosevelt Institute, a national student-run think tank. He also currently serves as operations manager for UGA’s Journal for Undergraduate Research Opportunities, an online publication encompassing all disciplines.

Sellers traveled to India and the United Kingdom through UGA’s Foundation Fellowship, the university’s most prestigious undergraduate scholarship. Last year, Sellers taught English and mathematics in a primary school in Tanzania. He also has been to France and Italy as a member of the UGA Chamber Choir in the Hodgson School of Music.

“I am very pleased that Matt has earned this level of recognition of his talents and promise,” said David S. Williams, associate provost and director of UGA’s Honors Program, who serves as the UGA faculty representative for the Marshall Scholarship. “He is one of the most erudite students I have ever met. More importantly, his past work and his level of dedication strongly suggest that he is destined to be a force for positive change in society. Oxford will be the perfect place for him to study postcolonial literature and pursue his professional goals.”