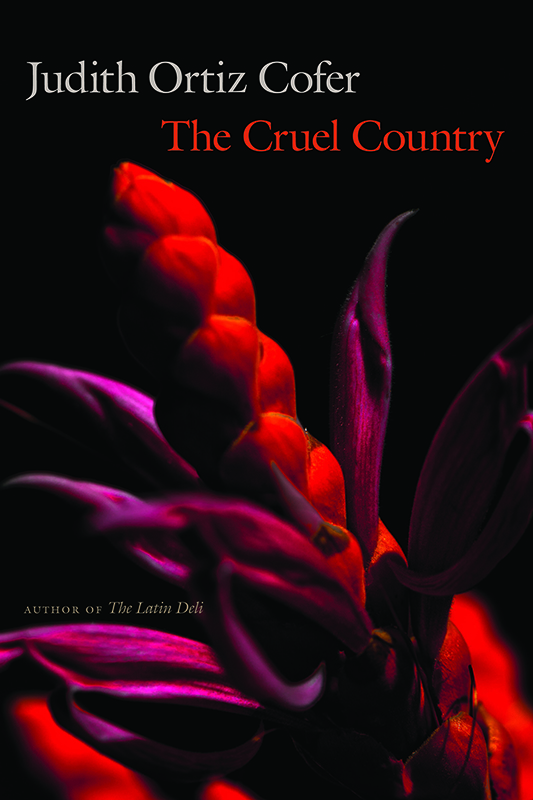 The Cruel Country goes beyond the usual style of memoir by exploring the ways in which culture shapes the individual and the ways in which an individual can choose or reject how she may be influenced by a culture or cultures. It is written by Judith Ortiz Cofer, Regents and Franklin Professor of English and Creative Writing Emerita at UGA.

The Cruel Country centers on Cofer’s return to her native Puerto Rico after her mother has been diagnosed with late-stage lung cancer.

Cofer draws strength from her life’s contradictions and dualities such as the necessities and demands for both English and Spanish, her travels between and within various mainland and island subcultures and the challenges of being a Latina living in the South. What readers discover is how much Cofer has heretofore held back in her vivid and compelling writing.