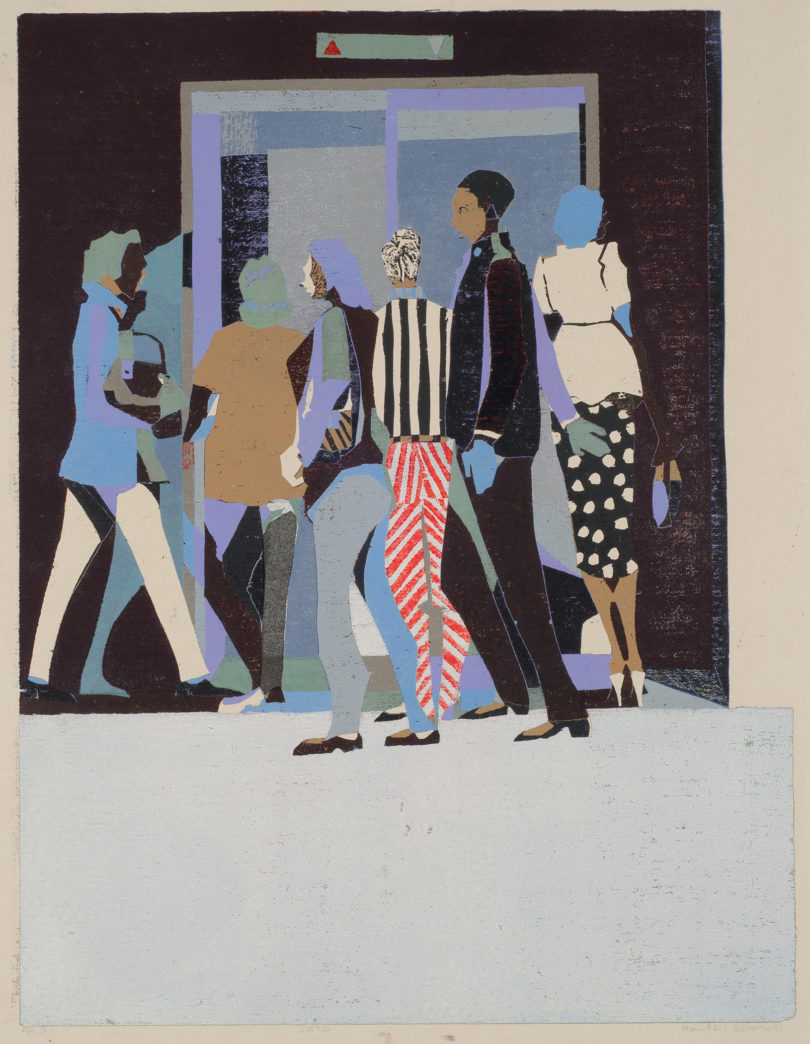 The Georgia Museum of Art will present the exhibition "Michael Ellison: Urban Impressions" from Feb. 18 through May 21.

Athens, Ga. – The Georgia Museum of Art at the University of Georgia will present the exhibition “Michael Ellison: Urban Impressions” from Feb. 18 through May 21.

Organized by Shawnya Harris, Larry D. and Brenda A. Thompson Curator of African American and African Diasporic Art, it will feature block prints and collage works on paper by the Atlanta-based printmaker. This exhibition is part of the museum’s commitment to presenting single-artist shows by under-recognized African-American artists.

Ellison was born in New York City but grew up in Collier Heights, a middle-class African-American neighborhood in southwest Atlanta. He studied art at Atlanta College of Art on the GI Bill, where he learned printmaking. The title of the exhibition comes from the way in which one of Ellison’s early printmaking instructors, Norman Wagner, described Ellison’s subject matter, referring to his prints as “urban landscapes and/or impressions.”

Ellison continued his education at Georgia State University, graduating with a master’s degree in visual arts. In 1985, he moved to teach at South Carolina State College (now South Carolina State University) and later started an artist-in-residence program and taught at Clafin College. His passion for printmaking flourished, and he developed a style that layered ink thickly enough to create texture as well as bright colors.

“Michael Ellison’s work represents an important piece to the discussion of not only only African-American printmakers, but also the history of Georgia-based printmakers, their unique narratives and their contributions to the medium,” said Harris.

In 1991 an electrical fire badly disfigured the artist. As he began to recover and re-learn how to make prints, he created works with striking colors focusing on scenes of isolation and community in urban landscapes. The Coca-Cola Corporation, the Federal Reserve, Georgia Pacific, and the High Museum of Art all collected Ellison’s work. He enjoyed success through the end of the decade, creating a mural in the Five Points district of Atlanta and producing solo exhibitions at the Hammonds House Galleries and Georgia Institute of Technology. Ellison passed away from heart complications at the age of 48 in 2001.

Related events include:
• “Conversation on Collecting,” a discussion with collectors Brenda and Larry Thompson (from whose collection most of the prints in the exhibition are borrowed) and Curlee Raven Holton, executive director of the David C. Driskell Center on Feb. 23 at 5:30 p.m.
• The museum’s annual Black History Month Dinner ($75, $55 members) on Feb. 24 at 6 p.m.
• A public tour with Harris on March 15 at 2 p.m.
• A Toddler Tuesday on May 9 at 10 a.m. (register by emailing callan@uga.edu).

All events are free and open to the public unless otherwise indicated.

This exhibition is sponsored by the W. Newton Morris Charitable Foundation and the Friends of the Georgia Museum of Art.