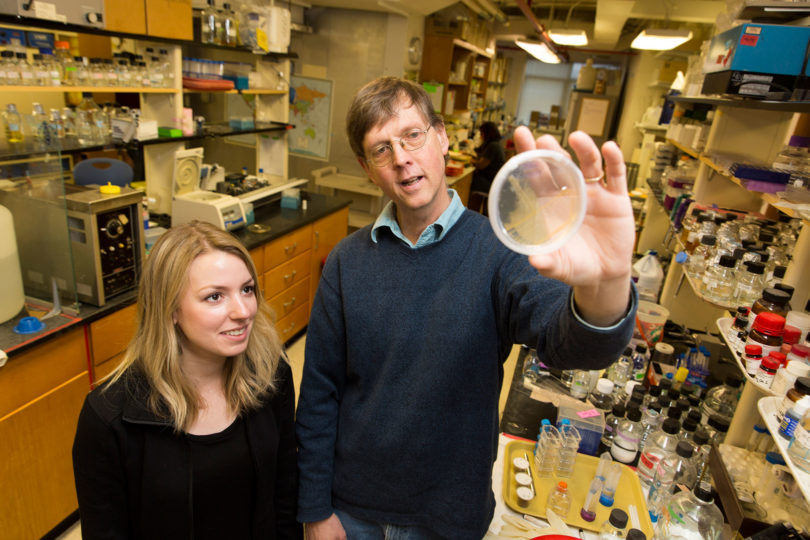 UGA Regents' Professor Michael R. Strand has been elected to the National Academy of Sciences

Athens, Ga. – University of Georgia Regents’ Professor Michael R. Strand has received one of the highest honors a scientist can receive-election to the National Academy of Sciences.

“The University of Georgia commends Dr. Strand on this most prestigious recognition,” said President Jere W. Morehead. “Dr. Strand’s influential research is representative of the high caliber of faculty at UGA and the strength of our growing research enterprise. It is an honor to have him represent this university in an organization of such tremendous national importance.”

Strand’s primary research interests are in the study of the interactions among insects, parasites and microorganisms. Applications of his work focus on insects that are important to agriculture and that transmit human diseases such as malaria and Zika virus. His work has garnered nearly $28 million in external funding from agencies such as the National Institutes of Health, U.S. Department of Agriculture and National Science Foundation. He has published more than 220 research papers, and his findings have been cited at a level that places him in the top 1 percent of entomologists and among the top 5 percent in the fields of biology and biochemistry.

“Dr. Strand’s work underscores the profound impacts that basic science can have on agriculture and human health,” said Senior Vice President for Academic Affairs and Provost Pamela Whitten. “He exemplifies the kind of world-changing research and instruction that make the University of Georgia one of the nation’s leading public universities.”

Strand’s expertise is sought around the globe. He has delivered invited seminars and symposia in nearly every department of entomology in the United States and at universities and conferences in Europe, Asia, South America, Africa, and Australia. In Athens, he has taught undergraduate survey courses in entomology and has mentored more than 50 doctoral students and postdoctoral fellows who have gone on to careers in government, industry and academia.

Strand has earned several honors over the course of his career, including being named a Fellow of the American Association for the Advancement of Science and of the Entomological Society of America. In 2013, he was named Regents’ Professor, an honor bestowed by the Board of Regents of the University System of Georgia to distinguished faculty whose scholarship or creative activity is recognized both nationally and internationally as innovative and pace setting.

He joined the UGA faculty in 2001 and is a member of the university’s Center for Tropical and Emerging Global Diseases and its Faculty of Infectious Diseases. He earned his bachelor’s degree and Ph.D. from Texas A&M University and was a postdoctoral researcher at Imperial College London.