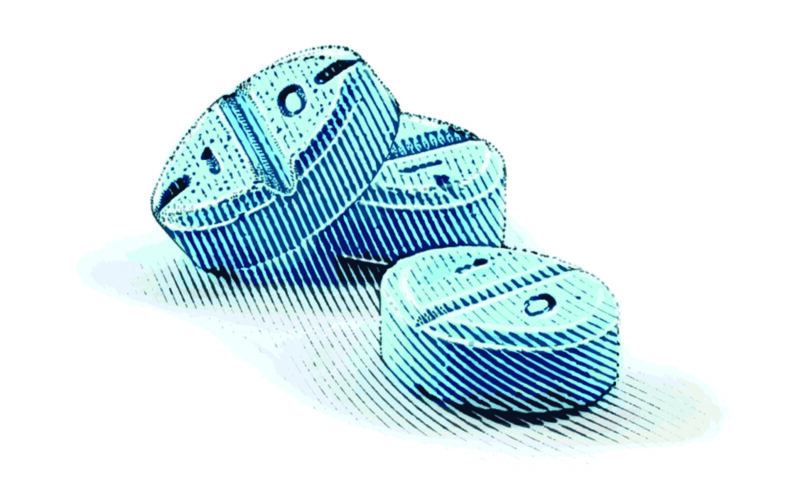 College students who misuse stimulant drugs or nootropics like Adderall or Ritalin are also likely to drink heavily and use other drugs, according to new research from the University of Georgia.

Students who reported binge drinking or frequent marijuana use were eight times more likely to have used prescription stimulants or “study drugs” they did not have a prescription for.

The study, which was published recently in the Journal of American College Health, paints a different picture of prescription stimulant users than most universities may be familiar with, said study author Ash Warnock, a doctoral student at UGA’s College of Public Health.

The storyline of a college student who doesn’t have a medical need for a stimulant bumming a pill from a classmate or friend to help them focus and study took off several years ago. But the perception that this type of abuse of cognitive enhancers is reserved for ambitious high achievers may be off the mark, said Warnock.

Catching up on studies

“Stimulant use may be a kind of catch-up behavior, he said. ‘Some studies have shown that students who party with drugs and alcohol on the weekends use stimulants like an academic catch up because they’re behind on their studies.”

In reality, stimulant use is likely to do more harm than good.

“We know that students that use prescription stimulants are more likely to have depression or have anxiety, or have sleep problems,” said Warnock. “The fact is that these drugs don’t help you academically. It’s a subjective effect. You feel lifted. You feel up, and so, you feel like you might be more focused, but the research doesn’t show that. The research shows that people that do stimulants like this likely do worse.”

But little work has been done to explore the relationship between stimulant abuse and problematic alcohol and drug use. Warnock’s study sought to fill in the gaps by surveying recent alcohol, marijuana and prescription stimulant use among college students at two major universities in the Southeast.

The researchers analyzed survey responses from over 600 students that described their alcohol and drug use over the past 30 days, including nonprescription stimulant use. Heavy alcohol use was defined as having four or five drinks on at least one occasion in the 30 days, and frequent marijuana use was defined as using marijuana more than three times in the past 30 days.

The results point to a strong behavioral link among polysubstance users, which had not been clearly established before, said Warnock.

One notable limitation of the study was in the makeup of the sample. Though the analysis controlled for student involvement in organizations like Greek life or religious and service groups, the study sample isn’t entirely representative of the typical student body.

“The sample is very white and very Greek, and students involved in those activities are more likely to be involved in drug and alcohol use, so that does skew the results a bit,” he said. But he still feels confident that this study helps to expand the scope of risky behavior interventions on campus.

“It is important for universities to know that students who are involved with those kinds of substances are likely to be involved in prescription stimulants also. We need to be aware of the additive health effects of these behaviors,” said Warnock.

The study, “An exploratory study of indicators of recent nonmedical prescription stimulant use among college students,” published online Aug. 16.