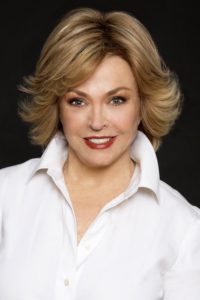 Pat Mitchell, a renowned journalist who broke barriers as the first female president of PBS and the first president of CNN Productions, will discuss her career at an event, hosted by the University of Georgia Libraries, to launch her new book.

A UGA alumna, Mitchell has earned 37 Emmy Awards and five Peabody Awards. Her book, Becoming a Dangerous Woman: Embracing Risk to Change the World, explores what it means to be a “dangerous woman” today and offers insight from her life and career.

During the event, scheduled for 6 p.m. Nov. 4 at the Richard B. Russell Building Special Collections Libraries auditorium, Mitchell will read from her book and then converse with UGA alumnus Tom Johnson, former president of CNN and chairman emeritus of the Lyndon B. Johnson Foundation Board of Trustees.

Tickets are $25 and will include a signed copy of Mitchell’s new book. Reservations must be made at https://gail.uga.edu/BADW.

During the reception after the discussion, attendees can view an exhibition of Mitchell’s memorabilia, including several of her Peabody Awards, her first Emmy Award and selected documents and photos from her career in media as well as from her time as a student at UGA. The exhibition, A Dangerous Woman: The Life and Career of Pat Mitchell, will remain on display in the Brown Media Archive and Peabody Awards Gallery marquee until May 10.