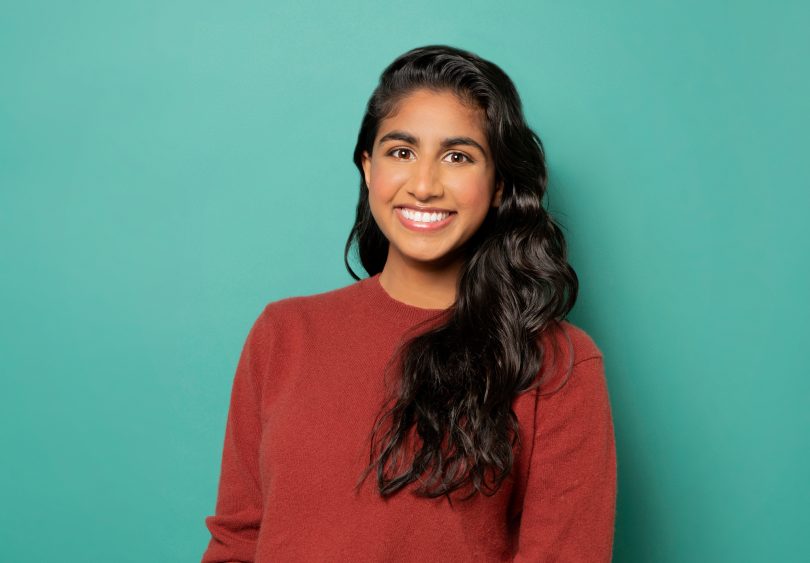 Monica Padman is the co-host and co-creator of Armchair Expert, a podcast that has become a must visit for A-listers of all types, ranging from Jason Bateman to Bill Nye the Science Guy to Prince Harry. (Photo by Victoria Wall Harris)

Co-host, co-producer, and co-creator—with Dax Shepard—of Armchair Expert, a hit podcast that celebrates the messiness of being human.

You have been friends with actor and writer Dax Shepard, and his wife, actress Kristen Bell, for some time. How did the podcast get started? 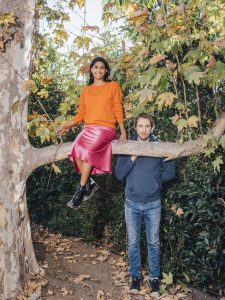 Monica Padman ABJ ’09, AB ’09: We have a really fun rapport. We love to debate. We would sit outside on their porch and just argue. Happily so, but we would argue about everything and debate different points. It came about in a natural, organic way. We were sitting at a table, and Dax said, “I think it would be fun to do a podcast.”

And now you have more than 300 episodes. What were the first ones like?

Padman: Our first episode is with Kristen, and we didn’t know what we were doing. I didn’t say a word. It took time for us to figure out who we were and what was interesting to talk about. Really, it all came down to authenticity. We are not interested in talking about the joys and big triumphs. It’s so much more interesting to talk about people’s stumbles and their human-ness. That’s what we like talking about off-air, so it bled in.

We have never spent much time thinking about the brand or molding it into anything, or even the podcast personas versus our personal personas. It is us. Especially our fact checks. It’s just listening in on two people who talk all the time.

The “Fact Check,” which is sort of an episode debrief, is more of a back-and-forth between you and Dax. Tell me about that.

Padman: That was Dax’s idea. Because he thinks he knows everything about everything—it’s the premise of the show. He thought it would be a fun balance to have that myth broken. It’s an excuse for us to debrief on the episode, to riff on the things that came up in the episode more intimately, and just joke, have fun, and talk about our own lives while also talking about the facts.

The guests you host on Armchair Expert are A-listers who also appear on The Tonight Show or Jimmy Kimmel. Is that intimidating?

Padman: At first it was. Early on we had [producer and writer] Judd Apatow as a guest. That was so intense for me. It’s like, “I have to impress him,” I thought. That led me to being in my head the whole time and not being present, not being myself. After that, I realized I need to separate those things and be present. Because we are so comfortable now, the intimidation factor has gone away; it’s more excitement.

Celebrity interviews are a mainstay, but you’ve been expanding your content under the Armchair Expert umbrella. One of those new series is Monica and Jess Love Boys. 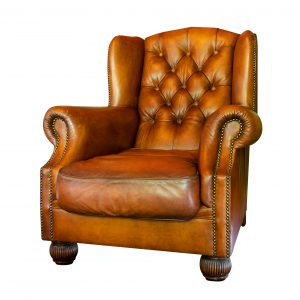 Padman: We would say the phrase “Monica Loves Boys” a lot as a joke. Then I thought, this could be fun to follow my dating life. I brought in our friend Jess, who is the opposite of me. He is addicted to dating, and I don’t really date, so I thought it might be fun for the opposites to come together and weigh in.

I did not know it was going to get so vulnerable. Because we are talking with our best friends, it feels safe. In some ways, I compartmentalize that it is going out to the world. I don’t fully register that all the time … until I see comments, of course.

Trying to preserve some anonymity and privacy while doing what we do is a hard balance. I commend anyone who can. We just put it all out there.

How much have you learned talking to these experts and other incredible individuals?

Padman: So much. Dax and I talk all the time about wishing we could go back to college—not the tests but sitting in on lectures. That’s essentially what we’ve done; we have brought those people to us. It feels lucky to pick all these people’s brains.