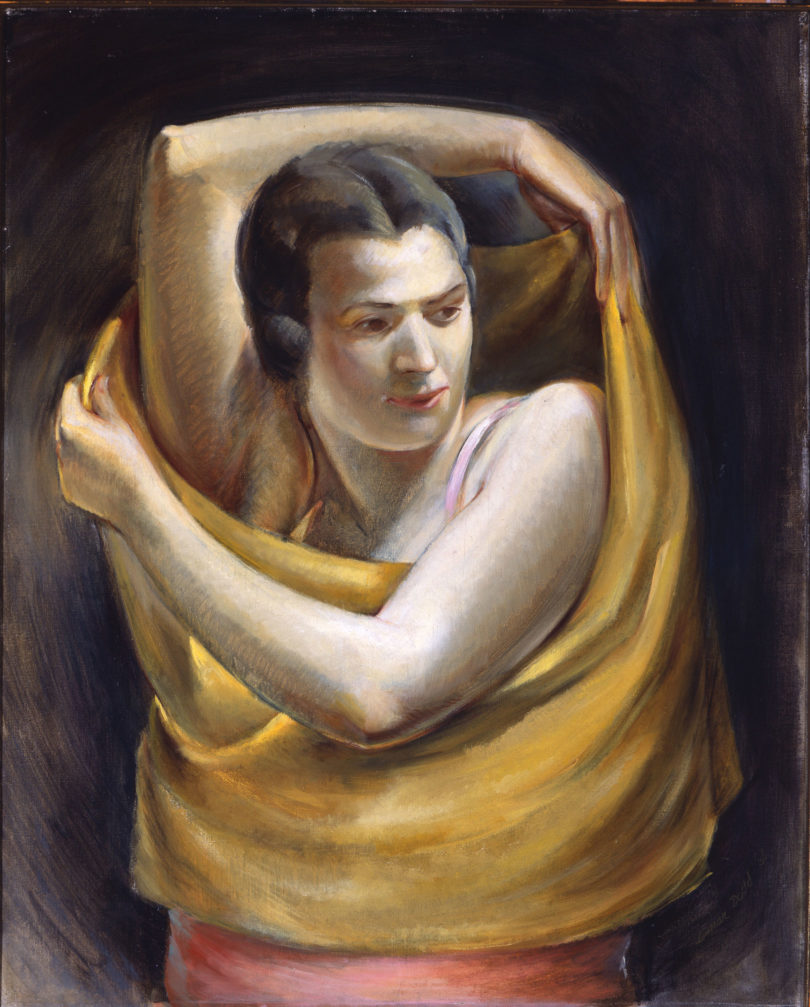 One of the pieces on view as part of the Lamar Dodd: Paintings and Drawings exhibition is Yellow Skirt

Lamar Dodd: Paintings and Drawings will be on view at the Georgia Museum of Art until Aug. 28.

Dodd was a teacher, arts administrator and the most recognized artist of his generation from the state of Georgia. A native of LaGrange, he created works that reflect a love of the American South, focusing mainly on landscapes, history, people and industry.

The exhibition will feature 100 works by Dodd, focusing on drawings and many related watercolors and paintings. It will also include the first wide-scale display of images from Dodd’s sketchbooks, which range from the late 1920s, when he was at the Art Students League in New York, to the 1990s.

“It is important to the museum that we celebrate Lamar Dodd and his importance to art in Georgia and at the university during the Georgia Museum of Art’s reopening year,” said Paul Manoguerra, chief curator and curator of American art at GMOA.

Dodd is considered the “godfather” of the Georgia Museum of Art due to his work with museum founder Alfred Heber Holbrook, and this special exhibition celebrates his career and his lasting impact on UGA, the state of Georgia and the South.