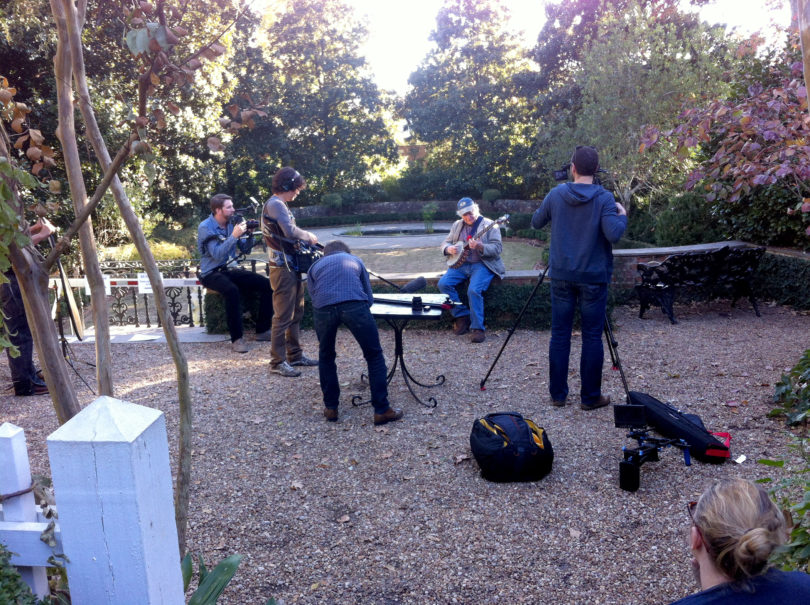 Athens, Ga. – A viewing party is set for Friday, June 19, for an episode of “Music Voyager” filmed last November in Athens. The University of Georgia Libraries and the Athens Convention and Visitors Bureau were among those coordinating the PBS travel series’ visit.

They will host the free viewing party, beginning at 7 p.m., in the Rialto Room of Hotel Indigo. The show will air at 7:30 p.m. on Georgia Public Broadcasting.

“Music Voyager” uses music as the key to unlock the arts, food and music scenes of cities around the world. According to PBS, episodes provide a snapshot of the current global music landscape, delve into the rich history and surroundings that inspire new sounds and offer insights into the soul of a destination. Previous locations include Jamaica, New Orleans, Memphis, Tel Aviv, Colombia, Tokyo and Mumbai.

Athenians and Athens scenes featured in this episode include Kishi Bashi, the Whigs, the 40 Watt Club, The Classic Center, Art Rosenbaum, Michael Lachowski, the Art Rocks Athens exhibit at the UGA Special Collections Library and Chef Peter Dale of the National.

For this episode, the “Music Voyager” team also filmed in Macon. More information on the series is available at www.facebook.com/MusicVoyager.