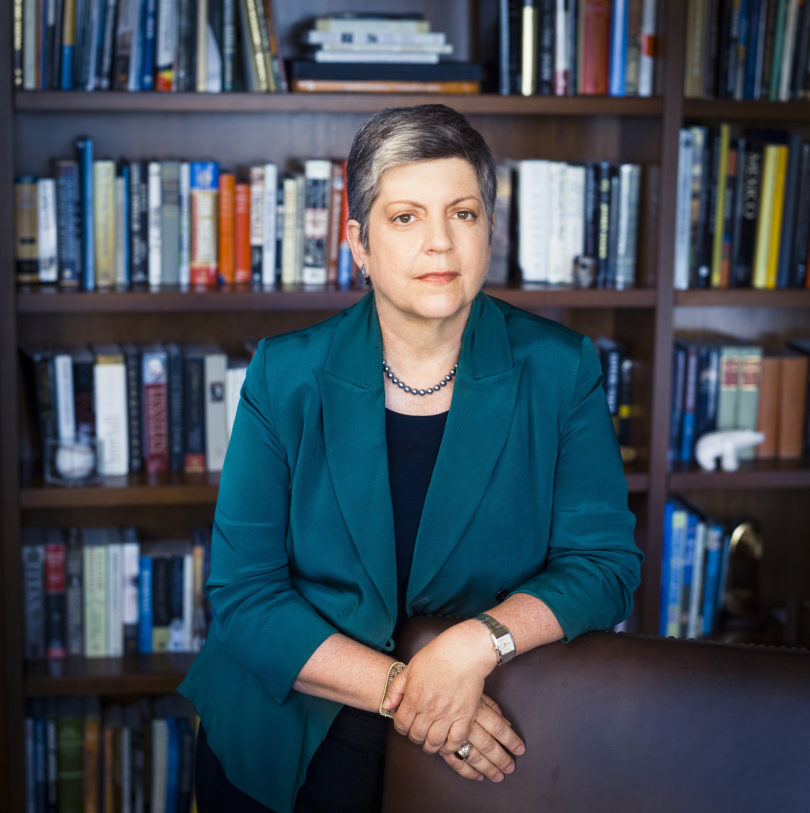 Athens, Ga. – Janet Napolitano, president of the University of California system and former U.S. secretary of homeland security, will present “Anatomy of a Legal Decision” as the University of Georgia School of Law’s 112th Sibley Lecturer Oct. 27 at 3:30 p.m. in the Chapel on North Campus. The event is free and open to the public.

Napolitano became the 20th president of the University of California in September 2013. She leads a university system with 10 campuses, five medical centers, three affiliated national laboratories, and a statewide agriculture and natural resources program. The University of California system has more than 234,000 students, approximately 208,000 faculty and staff, over 1.6 million living alumni and an annual operating budget of more than $24 billion.

A distinguished public servant with a record of leading large, complex organizations at both the federal and state levels, Napolitano served as the U.S. secretary of homeland security from 2009 to 2013, as the governor of Arizona from 2003 to 2009 and as the attorney general of Arizona from 1998 to 2003. She began her career in 1983 as a judicial clerk for Judge Mary M. Schroeder of the U.S. Court of Appeals for the Ninth Circuit. Additionally, she has been named one of the world’s most powerful women by Forbes magazine.

UGA School of Law
Consistently regarded as one of the nation’s top public law schools, the UGA School of Law was established in 1859. With an accomplished faculty, which includes authors of some of the country’s leading legal scholarship, Georgia Law offers three degrees-the Juris Doctor, the Master of Laws and the Master in the Study of Law-and is home to the renowned Dean Rusk Center for International Law and Policy. Its advocacy program is counted among the nation’s best, winning four national championships in 2013-14 alone. Georgia Law counts six U.S. Supreme Court judicial clerks in the past nine years among its distinguished alumni body of approximately 10,000. For more information, see www.law.uga.edu.