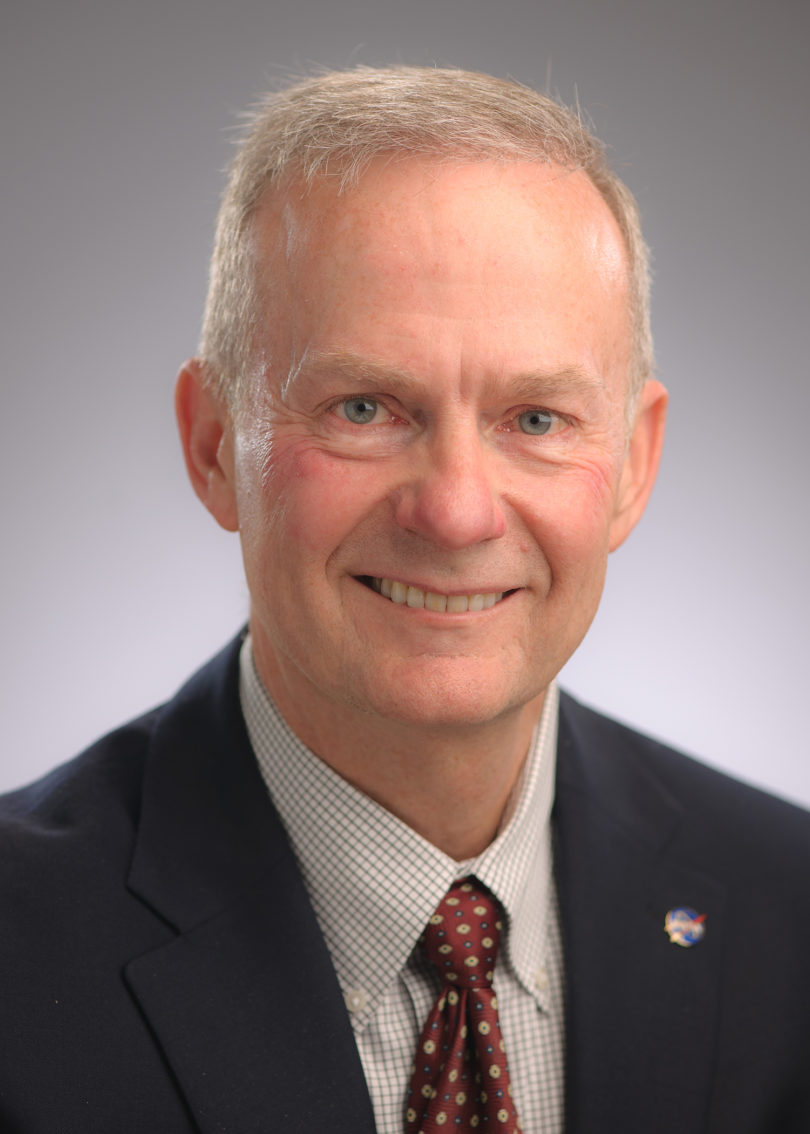 Athens, Ga. – Roger Hunter, a University of Georgia alumnus and associate director for programs at the NASA Ames Research Center, will deliver the university’s undergraduate Commencement address on Dec. 19 in Stegeman Coliseum. The ceremony will begin at 9:30 a.m. with the graduate ceremony to follow at 2:30 p.m.

Tickets are not required for the graduate exercise. For the undergraduate ceremony, commencement candidates are allowed six tickets per student, with additional tickets available on a first-come, first-served basis from the Office of the Registrar, www.reg.uga.edu, Nov. 17-21.

“We are excited to welcome Roger Hunter back to campus,” said President Jere W. Morehead. “His extensive and distinguished service to this country and to the world’s scientific community provides an important example of the opportunities and responsibilities conveyed by a degree from the University of Georgia. Our graduating seniors will benefit greatly from his message.”

Previously, Hunter served almost six years as the project manager for the Kepler Mission, NASA’s first mission capable of finding Earth-size planets around other stars in the Milky Way galaxy. The scientific objective of Kepler is to determine the frequency of earth-size inhabitable planets in this galaxy.

Prior to joining NASA in 2008, Hunter led the Boeing Global Positioning System Center in Colorado Springs, Colorado. He oversaw about 250 engineers, technicians and software programmers in maintaining, sustaining and providing analysis support to the Air Force for all GPS ground systems and satellites.

Hunter served 22 years in the U.S. Air Force—he was commissioned as an officer after graduation from UGA—and retired in 2000. His assignments included command of the Air Force 2nd Space Operations Squadron and deputy-commander of the 50th Space Wing Operations Group. While assigned to the Air Force Research Laboratory, he was project manager for the Clementine II and XSS-10 microsatellite technology demonstration programs.

The graduate ceremony will include a Commencement address from Robinson. Over the past 25 years, Robinson and his research team have published a series of fundamental findings that have reshaped how scientists view chemical bonding in many inorganic compounds.

Robinson joined the Franklin College of Arts and Sciences faculty in 1995 and was named Distinguished Research Professor in 2000, Franklin Professor in 2005 and UGA Foundation Distinguished Professor in 2013. He teaches a range of courses in chemistry, including large introductory chemistry classes, upper-division inorganic chemistry courses and graduate-level seminars. He has taught several First-Year Odyssey Seminars and has supervised more than 30 undergraduates conducting research in his lab. He has served as major professor for 15 doctoral-level students and sponsored a number of post-doctoral fellows.

On campus, he mentors student-athletes and serves on the UGA Research Foundation and UGA Athletic Association boards of directors. He visits elementary schools to talk with children about chemistry and what it means to be a chemist.

His honors include a SEC Faculty Achievement Award in 2014, the Humboldt Research Award, the F. Albert Cotton Award in Synthetic Inorganic Chemistry, the National Science Foundation’s Award for Special Creativity, the Percy L. Julian Award of the National Organization of Black Chemists and Chemical Engineers and the university’s Lamar Dodd Research Award. He has presented his research in nearly 150 peer-reviewed journal articles, six book chapters, a book and dozens of regional, national and international conference presentations.

Robinson earned his bachelor’s degree in chemistry from Jacksonville State University and his doctorate from the University of Alabama. Before joining the UGA faculty in 1995, he was a professor of chemistry at Clemson University.

The ceremonies will be streamed live online at http://www.ctl.uga.edu/ctlcable. For more information on UGA’s Commencement ceremonies, see http://commencement.uga.edu/.