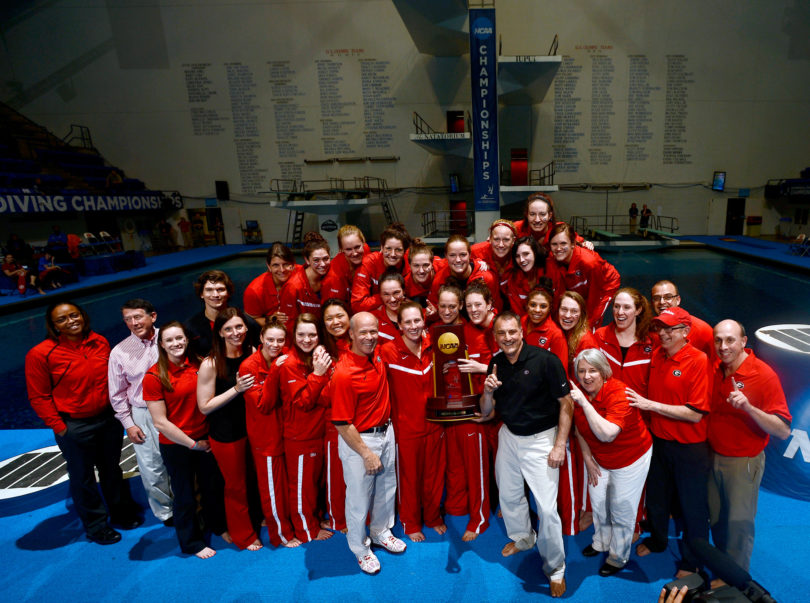 Led by National Coach of the Year Jack Bauerle, UGA’s women’s swimming and diving team claimed the team title at the NCAA championships March 23 at the IUPUI Natatorium in Indianapolis, Ind. Runners-up to California the last two seasons, the Lady Bulldogs rolled up 477 points to eclipse the Golden Bears’ 393. The title is the fifth in the program’s history. UGA won in 1999, 2000 (also in Indianapolis), 2001 and 2005, giving Bauerle-led teams titles in three different decades.