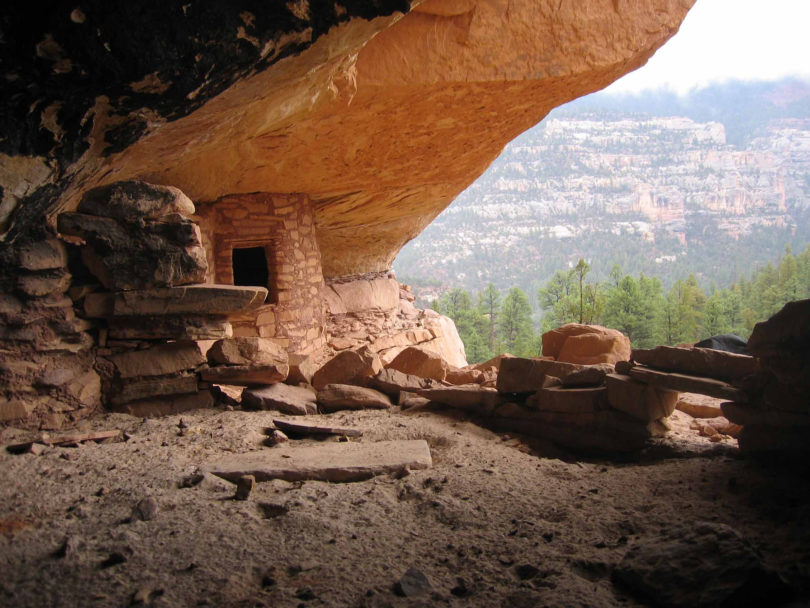 Athens, Ga. – Despite heavy development, the U.S. still has millions of acres of pristine wild lands. Coveted for their beauty, these wilderness areas draw innumerable outdoor enthusiasts eager for a taste of primitive nature.

But University of Georgia researchers say these federally protected nature areas have a problem: Their boundaries have become prime real estate.

As the country’s population continues to grow, people have built homes close to national parks, forests and wilderness areas for the same reasons these systems have been left protected from development. However, this construction and growth near the National Wilderness Preservation System is beginning to degrade the quality of these lands and erode biodiversity.

“People like the idea of having a national forest in their backyard,” said Lauren Ward, a graduate student at UGA’s Warnell School of Forestry and Natural Resources. “But from over-applying lawn care chemicals to introducing invasive plant and animal species, landowners’ choices can have far-reaching negative impacts on neighboring wilderness areas.”

In an article published in the journal Illuminare, Ward and Gary Green, an associate professor in the Warnell School, propose that federal agencies overseeing these wild areas begin creating zones to help wilderness managers better preserve and protect them. Encroachment into wilderness areas will only continue to worsen as the U.S. population grows, Ward said, with some estimates predicting the number of people doubling by 2050.

There are nearly 1,000 designated wilderness areas in the national wilderness system, made up of nearly 110 million acres that remain in its natural condition. Human activities are limited on these lands to preserve their pristine state and leave it untainted by people. These areas include national parks, wildlife refuges and national forests maintained by four federal agencies. Visitors to these lands are restricted in what they can do and are encouraged to “leave no trace.”

Ward and Green propose that wilderness managers establish five zones around these protected areas:
• A central “core zone” where all human activity would be banned;
• A zone surrounding the core to be used for scientific research and environmental education;
• Cultural and historical zones that would allow managers to protect and improve the unique qualities of each site;
• A recreation zone where all users would be allowed for outdoor play;
• A buffer zone surrounding them all to help minimize outside impacts. In some cases, it might be necessary to work cooperatively with private landowners around wilderness areas.

“We believe that encouraging landowners to embrace an attitude of stewardship through education and incentives will be the best approach,” Green said.

Buffer zones have come up repeatedly over the decades as the U.S. population grows, bringing with it concerns about American wild lands disappearing with an increase in development. Studies show these concerns are valid: Previous research shows that counties with protected wilderness areas have experienced an uptick in population compared to those without these lands. One study found that the number of houses built within 30 miles of these protected wilderness areas will increase by 10 million from 2000 to 2030.

This trend not only would convert undeveloped land into human-occupied property, but it would also lead to the development of more roads and utilities to support those people now living close to these protected lands, Green said. Once roads are in place, people who would normally have been unable to visit these areas would be more likely to visit. New and inexperienced users could even lead to more demands for help or rescue when cellphones and other technology they rely on fails them.

“Wilderness is easy to destroy, but it is nearly impossible to re-create. Americans should continue to protect natural wild lands for future generations to enjoy,” Ward said.

The zones are just a proposal, Ward explained, so it would be up to wilderness managers to use them as a flexible tool and work with local communities to promote sustainable development and ecologically responsible land uses. Their study also focuses on how these managers can use buffer zones to help better manage natural resources and mitigating outside influences.

The agencies could mandate buffer zones by providing federal funding for them, or they could work at the local level by creating tax incentives or conservation easements, she said.

Their paper on “Wilderness Zoning: Applying an Adapted Biosphere Reserve Model to Wilderness Areas” is available online at http://scholarworks.iu.edu/journals/index.php/illuminare/article/view/13341/24214.