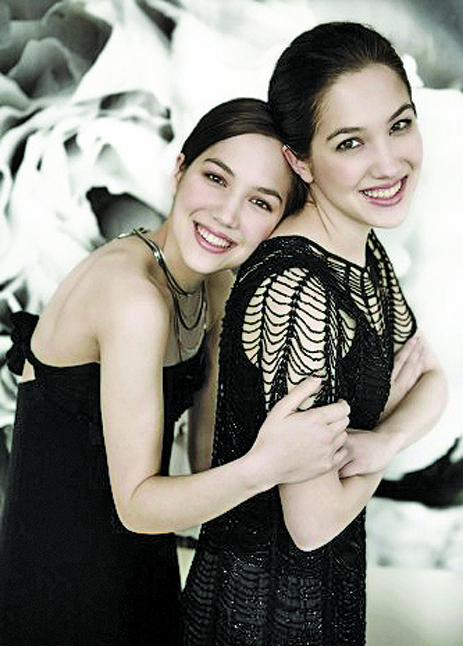 Athens, Ga. – The University of Georgia Performing Arts Center will present Christina and Michelle Naughton in a duo piano recital April 7 at 8 p.m. in Hodgson Concert Hall. The twin sisters have been praised by the San Francisco Examiner for their “stellar musicianship, technical mastery and awe-inspiring artistry.”

Born in Princeton, New Jersey, to parents of European and Chinese descent, the Naughtons are graduates of the Juilliard School and the Curtis Institute of Music. They made their Asian debut with the Hong Kong Philharmonic, where the Sing Tao Daily commented, “Joining two hearts and four hands at two grand pianos, the Naughton sisters created an electrifying and moving musical performance.”

The Naughtons have performed with orchestras throughout the U.S. and with ensembles around the world including the Mahler Chamber Orchestra, the Royal Flemish Philharmonic, Solistes Européens Luxembourg, Hamburg Chorus, Kiel Philharmonic Orchestra and Norddeutsche Philharmonie Rostock.

Their first CD was recorded in Bremen, Germany, and released worldwide in 2012 to critical acclaim. ClassicsToday described it as a “dynamic duo debut.”

The performance underwriter is Lynda Henley Walters. The media sponsor is WUGA-FM 91.7/97.9.