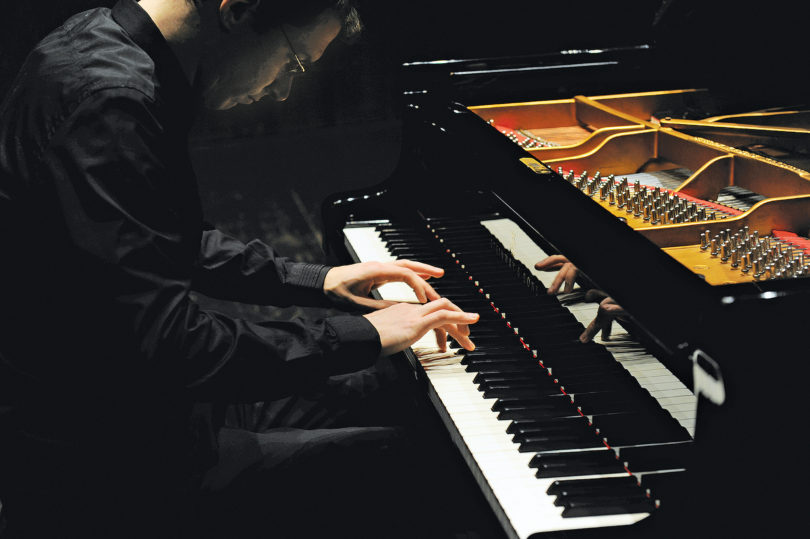 Naumburg Trio pianist Gilles Vonsattel has performed with symphonies and orchestras around the world.

The UGA Performing Arts Center will present the award-winning Naumburg Trio Jan. 21 at 7:30 p.m. in Ramsey Concert Hall. The concert will feature an all-Russian program with works by Shostakovich and Tchaikovsky.

The Naumburg Trio takes its name from the Naumburg Competition, one of the oldest and most prestigious music competitions in the world. The members of the trio are all Naumburg winners. Violinist Frank Huang won in 2003, cellist David Requiro won in 2008 and pianist Gilles Vonsattel was the 2002 winner. 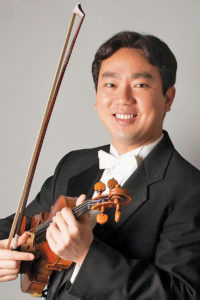 Huang was named concertmaster of the New York Philharmonic in 2015. In addition to his Naumburg victory, he was the first prize winner of the 2000 Hannover International Violin Competition. Before joining the Houston Symphony as concertmaster in 2010, Huang held the position of first violinist of the Grammy Award–winning Ying Quartet and was a faculty member at the Eastman School of Music. He joined the faculty of the Juilliard School in 2017.

Requiro won first prize in both the Washington International and Irving M. Klein International String Competitions, and he captured a top prize at the Gaspar Cassadó International Violoncello Competition in Hachioji, Japan. Requiro has appeared as soloist with the Tokyo Philharmonic, National Symphony Orchestra, Seattle Symphony and numerous orchestras across North America.

Vonsattel is the recipient of an Avery Fisher Career Grant and winner of the Geneva International Music Competition. He has appeared with the Munich Philharmonic, Orchestre Symphonique de Montréal, Boston Symphony and San Francisco Symphony, and he has performed in the U.S. and internationally with the Chamber Music Society of Lincoln Center including several appearances at the UGA Performing Arts Center.

Tickets for the Naumburg Trio concert are $39 and can be purchased at the Performing Arts Center box office, online at pac.uga.edu or by calling 706-542-4400. The concert will be recorded for broadcast on American Public Media’s “Performance Today,” the most popular classical music program in the country.

The performance is underwritten by Claire Cochran Swann. The Recitals in Ramsey series underwriter is Lars Ljungdahl.