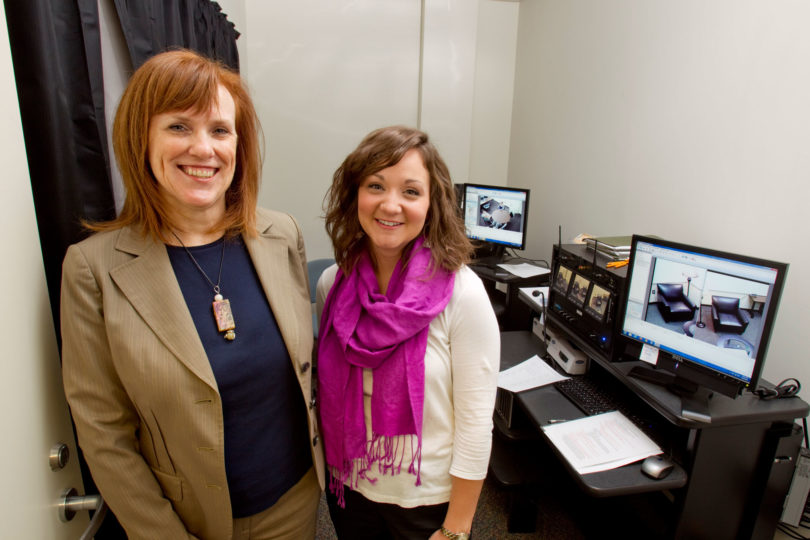 Younger adults who generally feel anxious tend to immediately dismiss anti-smoking videos that describe how cigarettes can lead to death, disease and harm to others, before considering the message, according to a new UGA study.

The findings, published in the early online edition of the journal Health Communication, could allow health communicators to connect more effectively with the remaining 21 percent of the U.S. population-according to 2009 estimates from the Centers for Disease Control and Prevention-who still light up.

“If you look at health messages, there is usually a threat-trying to make you feel more scared,” said study co-author Jennifer Monahan, a professor of communication studies in the Franklin College of Arts and Sciences. “Our study finds that this is not a good strategy with people who are neurotic and therefore more likely to smoke in the first place.”

Lead author Christin Bates Huggins, a second-year Ph.D. student, said that until now, communication scientists have not considered how health messages affect neurotic populations.
“Neuroticism is a normal part of a normal personality,” she said. “But to someone who is highly neurotic, a normal, everyday stressful situation becomes a much bigger deal.”

For the study, Huggins worked with data previously gathered under a three-year grant awarded from the CDC to UGA’s Southern Center for Communication, Health and Poverty. Monahan was principal investigator on one of the projects in which 200 UGA students ages 18 to 31 participated. Each student completed a personality questionnaire and watched three anti-smoking videos.

Researchers found a strong correlation between those scoring high in neuroticism and a desire to avoid listening to or considering a message that evoked fear, sadness or
nervousness.

In addition to avoiding negative anti-smoking messages, neurotic participants reported-especially in response to an advertisement about secondhand smoke-that the information presented was biased and therefore could not be trusted. These results are considered maladaptive responses, said Huggins. Participants deal only with their anxious or upset feelings in the situation and not with the message that smoking is harmful.

A question the study did not answer is how well positive messages would work for neurotic smokers.

“To be very clear, we strongly believe that the traditional way of putting messages out does not work with this population, so we need to rethink about how to do it,” said Monahan.
Future studies on this issue could benefit by having a larger, more diverse population, the researchers said. Monahan said health strategies aimed at further reducing smokers in the U.S. population should take into consideration a simple question: Why do people smoke?

In the meantime, positive messages may be key for neurotic smokers trying to quit.

“If an ad showed a person saying, ‘I’m a recovered smoker and look at how much energy I have. Look at how wonderful my life is,’ then it could head off the negative response we’ve seen in our study,” Huggins said.