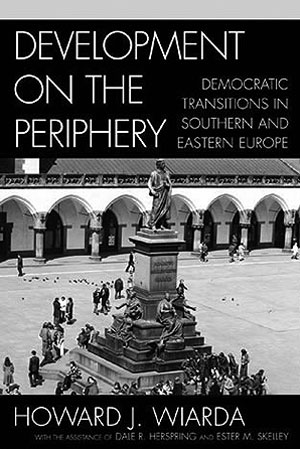 Comparing the two regions, Wiarda offers insight into the similarities and differences that have united and separated these areas for thousands of years. Both areas have undergone impressive transitions to democracy, experienced vast social changes, embraced open markets, developed Western political party systems, and joined the EU and NATO.

However, the differences between the regions, and in particular, their individual countries, show that development occurs by many routes-and that culture, geographic location, and timing do matter. The transitions to democracy of both Southern and Eastern Europe are among the most encouraging and exciting events of the late 20th and early 21st centuries.

Students of Eastern Europe, Southern Europe, and transitions to democracy will benefit from Wiarda’s accessible and thorough comparative study.