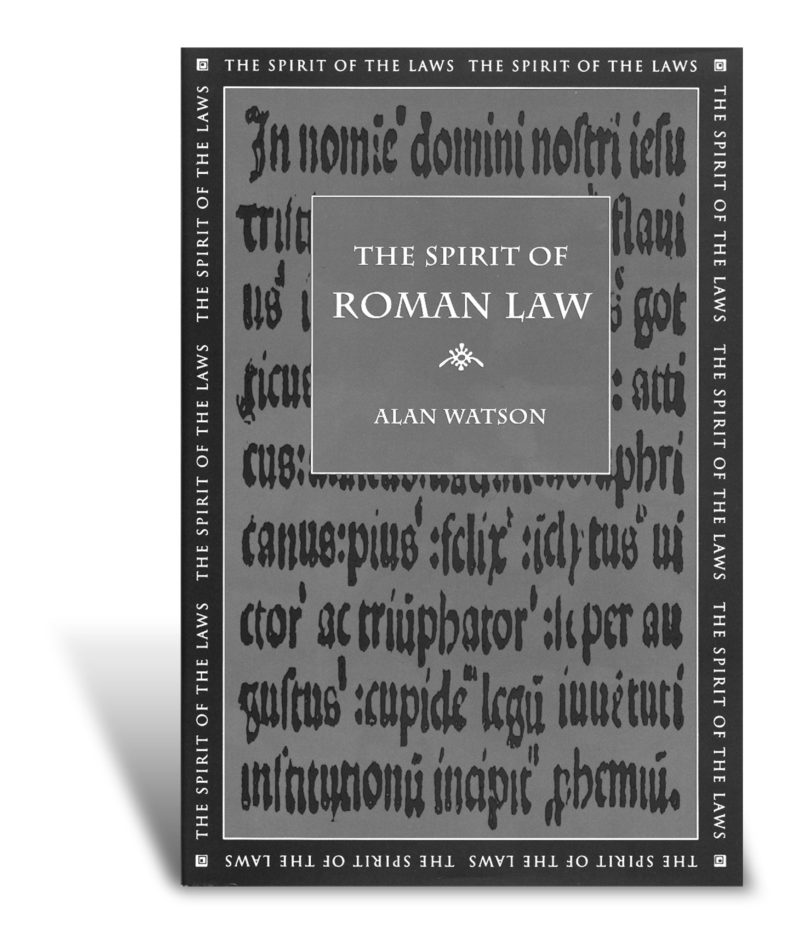 The Spirit of Roman Law is not about the rules or concepts of Roman law, according to Alan Watson, Distinguished Research Professor and Ernest P. Rogers Chair at UGA’s School of Law, but about the values and approaches, explicit and implicit, of those who made the law.

The scope of Watson’s concerns encompasses the period from the Twelve Tables, around 451 B.C. to the end of the so-called classical period around A.D. 235. As he discusses the issues and problems that faced the Roman legal intelligentsia, Watson also holds up Roman law as a clear, although admittedly extreme, example of law’s enormous impact on society in light of society’s limited input into law.

Watson is regarded as one of the world’s foremost authorities on Roman law, comparative law, legal history, law and religion. The Spirit of Roman Law is the first volume in the Spirit of the Laws, a series of books edited by Watson.