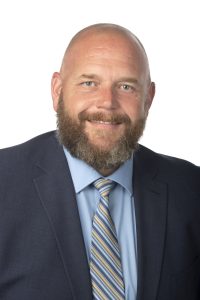 With the advent of the Innovation District and more UGA faculty pursuing commercialization of their research, the potential for conflicts of interest for those faculty has grown. On April 1, the Office of Research welcomed the university’s first conflict of interest director, Gene Pope, whose job will be to help investigators identify and manage the inevitable competing interests that arise between their commercial and academic activities.

“My primary objectives as the new director are developing, implementing and managing an integrated, campus-wide conflicts of interest program,” said Pope, who previously served in Georgia Tech’s Conflict of Interest Management Office. “This includes operationalizing new policies and related procedures for the disclosure, review and management of COI relationships in research, outside work/consulting and other activities.”

Pope hopes the new university-wide program will protect the institution’s instruction and research reputation and the integrity of its commercialization process and reinforce the impact UGA has on the economy. Notably, a robust COI program also protects faculty from unintended missteps when launching new companies.

“Faculty research and participation through commercialization plays an important role in the university’s mission to retain industry, create jobs and promote economic development in Georgia,” he said. “Centralized and integrated policies and procedures allow for better identification and management of conflicts of interest to ensure we’re aiding in this mission to the best of our abilities.”

Working closely with faculty members throughout UGA’s research community, including Innovation Gateway, will be critical in facing COI-related issues head-on.

“Having Gene on board as the new COI director will aid UGA faculty and staff in identifying, disclosing and, if necessary, managing potential conflicts of interest proactively,” said Chris King, associate vice president for research integrity and safety. “This will be a heavy lift given UGA’s broad mission, the productivity of our faculty and staff, and the growing complexity of the COI arena. Leveraging his experience, Gene’s work with stakeholders across campus will be instrumental in right-sizing an effective campus-wide program.”

The term “conflict of interest” is often perceived negatively, but both Pope and King stress that this preconceived notion is false, emphasizing that COI is an inevitable outcome of the innovation efforts of faculty.

“I always tell faculty that the finding of a conflict of interest does not in any way imply ‘bad behavior’ on their part,” said Pope. “In fact, conflicts of interest are the natural outgrowth of successful research and commercialization efforts.”

“Productive and innovative faculty and staff will often create competing interests as a byproduct of being successful,” King added. “Creating potential COI is expected and not something to be avoided at all costs.”

Pope’s arrival at UGA comes as the university continues to expand its innovation enterprise and commercialization efforts. For years, even before the launch of the Innovation District, UGA placed among the top universities in the country in areas such as active licenses of university technologies. According to AUTM, a national organization dedicated to technology transfer from academia, UGA has ranked for seven straight years in the Top 5 universities for number of new products developed by industry partners from university research, including a No. 1 ranking in two of the past three years.

Pope is excited to be a part of UGA’s growing research community and hopes his new position will help expand the university’s innovation and research endeavors.

“My sincere desire is that being a resource for faculty will relieve some of the stress and angst associated with ‘conflicts’ and help more faculty members create startups and commercialize university intellectual property,” he said.