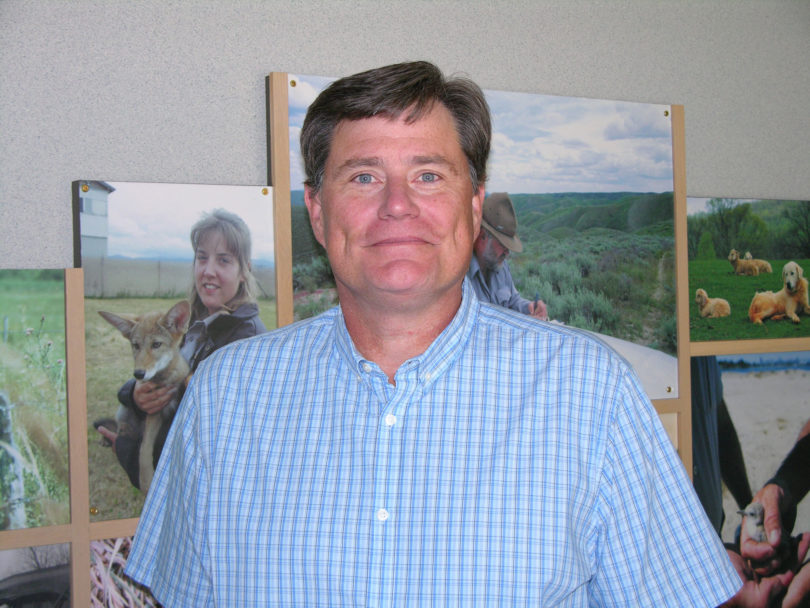 Rhodes currently is assistant director of the National Wildlife Research Center in Fort Collins, Colo. The NWRC is the research arm of the U.S. Department of Agriculture, Animal and Plant Health Inspection Service, Wildlife Services Program.

Rhodes will join SREL in January, succeeding interim directors Ken McLeod, SREL research scientist, and Carl Bergmann, assistant vice president for research and senior research scientist at the Complex Carbohydrate Research Center. He will hold an appointment as professor in the Odum School of Ecology.

“SREL is extremely pleased that Dr. Rhodes will be joining the laboratory as director after an extensive national search,” said search committee chair Rebecca Sharitz, senior research ecologist and emeritus professor of plant biology. “He is an excellent scientist and one of the top researchers in the area of wildlife conservation genetics.”

SREL has pursued basic and applied research at the Savannah River Site, a U.S. Department of Energy facility, since ecology pioneer Eugene Odum established it in 1951. Research projects at SREL enable DOE to understand and evaluate the environmental impacts of site operations, while also contributing to the greater scientific community. SREL also provides opportunities for graduate and undergraduate research training and service to the community through environmental
outreach.

“We are convinced that Gene is the very best person to lead SREL at this time and to secure its future based on a competitive funding model,” said David Lee, vice president for research. “By strengthening partnerships with institutions on and off the Savannah River Site, including UGA, as well as assisting the dedicated SREL faculty and staff, he will ensure that the laboratory’s remarkable 60-year legacy continues.

“Under his guidance, SREL will remain a unique resource as we investigate climate change and other environmental issues and also address inevitable concerns about the nuclear renaissance,” Lee said.

At the NWRC, Rhodes has provided leadership for a staff of more than 170 scientists and others who address human-wildlife conflicts related to agriculture, human health and safety, invasive species, and threatened and endangered species.

Rhodes formerly served as director of the Center for Ecological Sustainability at Purdue University from 2004–2010 as well as  professor of forestry and natural resources at Purdue from 1995–2004.  He received his undergraduate biology degree from Furman University, a master’s degree in wildlife biology from Clemson University and a doctoral degree in wildlife science from Texas Tech University. From 1993-1995, he worked as a research ecologist at SREL.