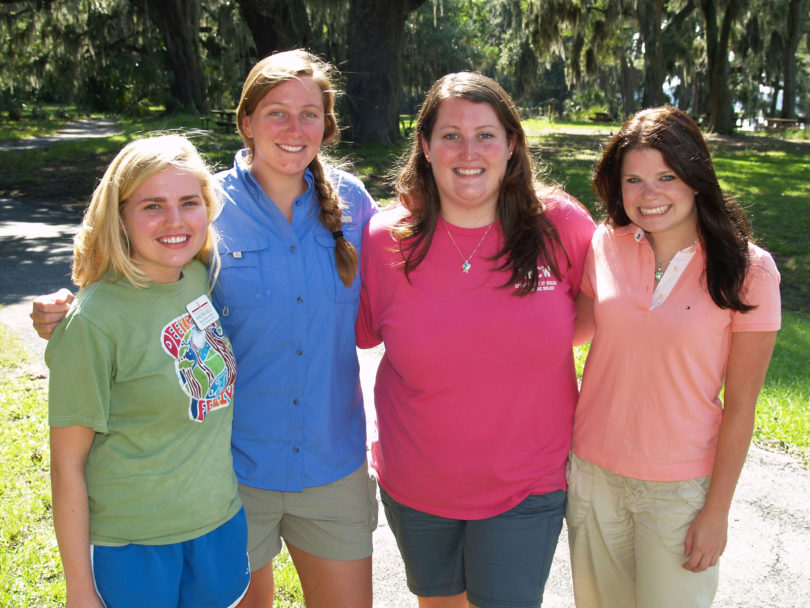 Athens, Ga. – Georgia Sea Grant has awarded four one-year marine education internships to recent college graduates from across the country. The 2012-2013 interns will serve as educators for the University of Georgia Marine Extension Service.

The interns will spend 50 weeks on Skidaway Island at MAREX’s education branch—the Marine Education Center and Aquarium. They will teach thousands of students, teachers and the general public over the year. Additionally, they will participate in outreach by judging science fair projects, teaching during science nights at local schools and field-testing educational curricula.

The interns were selected from an international pool of applicants and began training in September. They are Kathryn Ruhrold of Fort Wayne, Ind.; Lauren Bien of Cincinnati, Ohio; Kasey Schollenberger of Toms River, N.J.; and Kristen Kelly of Atlanta.

The internship program promotes the mission of both Georgia Sea Grant and MAREX, contributing to educational activities that support environmental and economic vitality and encourage stewardship in coastal Georgia. MAREX offers formal and informal educational programs focused on the ecology of Georgia’s estuaries and coastal islands.

Georgia Sea Grant
Georgia Sea Grant is part of a national program within the National Oceanic and Atmospheric Administration that engages research and outreach expertise from colleges, universities and research institutes throughout Georgia in support of programs that promote the economic, cultural and environmental health of Georgia’s coast and local communities. Georgia Sea Grant is housed at UGA, a land- and sea-grant institution. For more information, see http://georgiaseagrant.uga.edu.