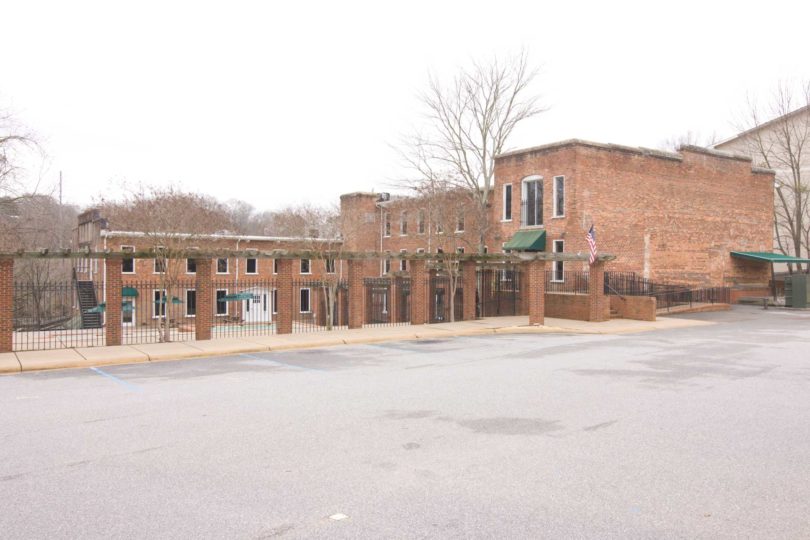 The UGA Real Estate Foundation has purchased the historic Athens Factory, better known as the O’Malley’s building, to renovate it into a medical teaching facility.

Purchase of the 36,845-square-foot building and approximately five acres on Williams Street at the North Oconee River closed Feb. 5 at a purchase price of $7,278,500. UGAREF will renovate the facility and lease it to the University of Georgia to house the first class of medical students under the Medical College of Georgia and UGA medical education initiative. This initial class of students is slated to enter as early as fall 2009 and no later than fall 2010.

A report presented to the University System of Georgia Board of Regents last month by Tripp-Umbach consultants regarding the need for expanded medical education in Georgia stated that an initial facility is required for start-up of the medical teaching program in Athens, because the university cannot occupy the Navy Supply Corps School property until the federal government vacates it in approximately 2011. At that time, the university will utilize the Navy School property as a new UGA health sciences campus which will include the MCG/UGA medical education initiative program.

“I am pleased that the university has been able to purchase the former O’Malley’s facility for long-term use by UGA,” said UGA President Michael F. Adams. “The fact that the initial use for this facility will be to support medical education here is a special benefit. I want to thank Senior Vice President Tim Burgess and those individuals who worked with the UGA Real Estate Foundation to make this acquisition a reality.”

University architects will spend the next several months completing plans for the renovation, which will include creation of classrooms; simulation rooms for medical exams; laboratories for gross anatomy, pathology and histology; a medical library and faculty offices. The renovation, to begin in summer 2008 with a scheduled occupancy date of June 2009, “will include nearly everything needed to teach a full complement of first- and second-year medical students under the new program,” Burgess said.

“The building is uniquely suited for renovation to serve this type of program. In addition, the renovation will be flexibly designed so that it will require little or no further modification to be useful to the university as teaching and laboratory space after the medical education program relocates to the Navy School campus,” he added.

Mills have occupied the historic site since 1829, with previous wood-frame structures destroyed by fires in 1834 and again in 1857. The current facility, originally known as the Athens Cotton and Wool Factory, consists of two three-story brick buildings joined together in an L-shape and constructed in 1857-58. The Athens Factory closed in 1926. In 1977, a new owner renovated the buildings into the Old Mill Center, including O’Malley’s Tavern, a popular gathering spot through the 1980s with its deck overlooking the river. It most recently was utilized as a calling center for DialAmerica.