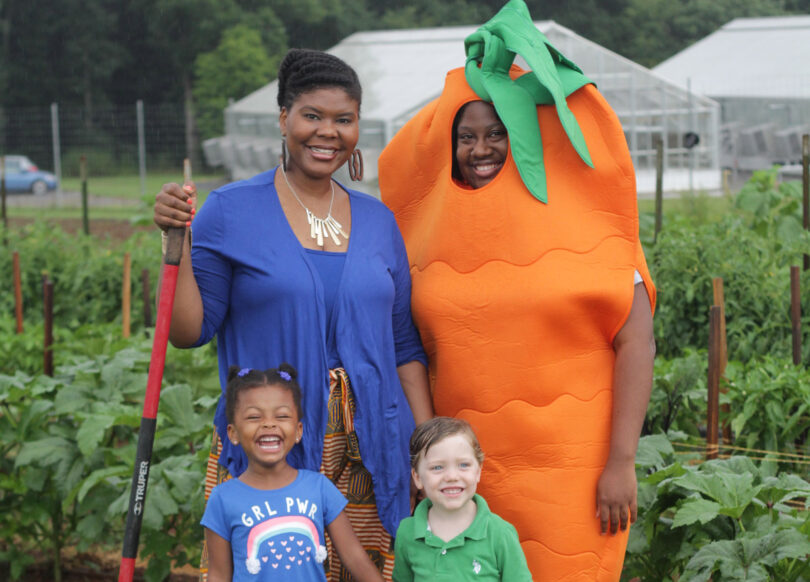 Professor Caree Cotwright (left) standing with UGA grad/Double Dawg Nathalie Celestin (the carrot) who is now a SNAP-Ed program coordinator for the Georgia Department of Public Health. (Photo taken in 2017 by Cal Powell/UGA)

Maybe you’ve heard the familiar chimes of an approaching ice cream truck and the excited shrieks of children chasing it.

Now picture a truck loaded down with fruits and vegetables eliciting the same response.

It may be a laughable scene to any parent who’s ever tried to entice a kid with a piece of broccoli, but for Caree Cotwright, it’s a long-held dream.

Her research in the area of food neophobia, or the fear of trying new foods, among kids from low-income backgrounds is showing promise of making this dream a reality.

Cotwright’s latest study found the use of characters – think of graduate students dressed up as Cassie Carrot and Bonnie Blueberry conducting recipe tastings with kids – increased the kids’ willingness to try fruits and vegetables.

“We can use characters to encourage healthy eating and make them just as fun and vibrant as what they see on TV,” said Cotwright, an assistant professor in the University of Georgia College of Family and Consumer Sciences. “It’s a really promising way to get kids engaged and to establish healthy habits early.”

Roughly 30% of adolescent youth in Georgia are overweight or obese, issues linked to chronic illnesses such as hypertension and Type 2 diabetes. The obesity rates for low-income youth are even higher due to a lack of access to healthy options.

Since food preferences and habits are established early in life, Cotwright’s research focuses on introducing healthy fruits and vegetables to kids who are most at-risk for developing early childhood obesity.

Increasing fruit and vegetable consumption among young children can reduce the risk for obesity and chronic diseases and establish healthy habits for adulthood.” — Caree Cotwright 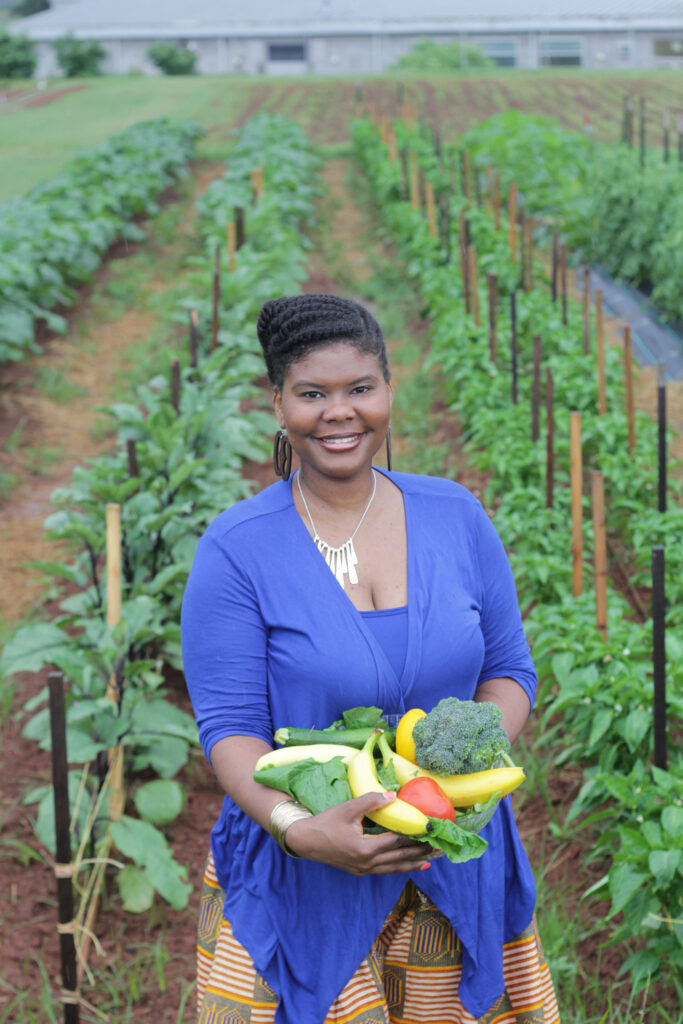 “Increasing fruit and vegetable consumption among young children can reduce the risk for obesity and chronic diseases and establish healthy habits for adulthood,” Cotwright said. “You might have to introduce a new food 10 times for them to accept it, but repeated exposure is very important.”

Cotwright’s study focused on delivering fruit and vegetable taste tests to 125 children between the ages of 2 and 18 who participated in the Athens-Clarke County Summer Food Service Program, a U.S. Department of Agriculture program that provides meals to low-income children in the summer.

Taste tests featuring healthy fruits and vegetables were presented over the course of four weeks at two sites, one featuring life-sized characters and the other without characters.

The main character was Freggie (short for fruits and vegetables), a jolly green frog who inspires healthy food choices with his “Green Machine,” a fruit and vegetable cart. Freggie’s “friends” include life-size characters such as Perri Pear and Cassie Carrot.

Results of the study demonstrated that introducing healthy recipes with characters showed a trend toward increasing willingness to try fruits and vegetables among participants. The study also suggested participants had limited exposure to the foods prior to the taste tests.

Cotwright noted the students who reported liking a recipe also indicated they’d be more likely to try the food again at home or at school.

“Serving menu items that are proven to be healthy and liked by children is important as this can help reduce food waste in schools,” Cotwright said.

The paper, “Improving willingness to try fruits and vegetables among low-income children through use of characters,” was published by Health Equity.