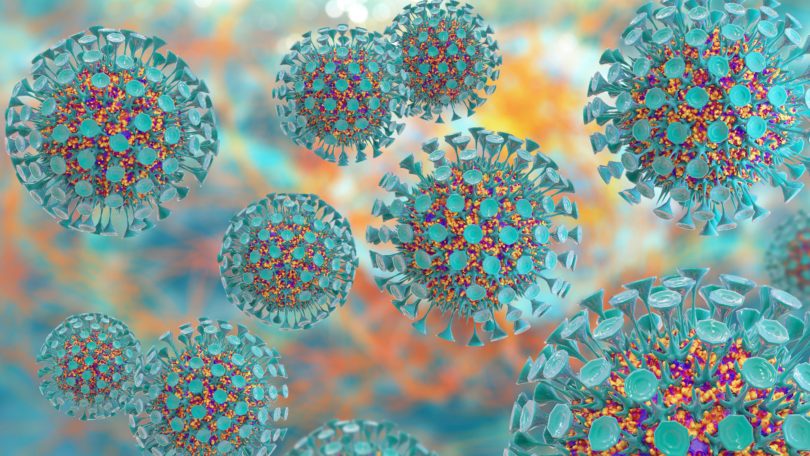 Researchers have developed a model that predicts which of the viruses that can jump from animals to people can also be transmitted from person to person—and are therefore possible sources of human diseases.

The study, published recently in PLOS One, identified several viruses that are not yet known to spread among humans but may have that potential, suggesting possible targets for future disease surveillance and research efforts.

“When we get new pathogens that we look at as new human diseases, most of the time they come from pathogens that were previously circulating in animals,” said John Drake, Distinguished Research Professor of Ecology and director of the Center for the Ecology of Infectious Diseases at the University of Georgia. “As ecologists, that makes us think that there must be something about the ways parasites and pathogens interact with their hosts or the environment that confers the propensity to this process.”

To understand these interactions, Drake and his team compiled the most comprehensive list to date of viruses known to infect humans and the biological characteristics of those viruses.

“We were looking to identify the features of viruses that are associated with transmissibility between humans,” said lead author Joseph Walker, a statistics major working under Drake’s direction through the UGA Center for Undergraduate Research Opportunities.

The team identified several traits that were most common among the viruses on their list that are known to spread among humans. These included the ability to infect nonhuman primates such as monkeys and apes, the lack of an encasing envelope of lipids around the virus, and the presence of the virus in the human liver, central nervous system or respiratory tract. Those traits—characteristics indicative of the virus’s ability to survive in different environments and to evolve—accurately predicted 84 percent of the viruses known to spread from human to human.

The next step was to analyze viruses not known to spread among humans and rank how likely they were to be transmissable based on their traits. They found 47 viruses that ranked higher than the least-likely virus known to be transmissable. Of these, the most likely to spread among people were Carnivore amdoparvovirus 1, Hendra virus, Cardiovirus A, Rosavirus A, HTLV-3, HTLV-4 and Simian Foamy virus.

The researchers warned that although the model predicted human-to-human transmissibility with high accuracy, it did miss some viruses known to spread among people. These tended to belong to five families containing many species. And because the study considered viruses at the species level, it was not able to account for differences in human transmissibility between subtypes of viruses. They recommended that future research focus on understanding transmissibility at this finer scale.

The ability to predict which viruses are capable of spreading among humans, and therefore have the potential to cause human epidemics, has practical implications.

“Public health workers could use our model as a tool to prioritize disease surveillance and inform their response to emerging pathogens,” said co-author Barbara Han of the Cary Institute of Ecosystem Studies. “Our data-driven framework was 84 percent accurate in identifying virus species with potential for human-to-human transmission.”

The study’s other co-author is undergraduate virology major Isabel Ott, a research assistant with the Southeastern Cooperative Wildlife Disease Study in the UGA College of Veterinary Medicine. Support for the project was provided by the UGA Center for Undergraduate Research Opportunities. The paper, “Transmissibility of emerging viral zoonoses,” is available online at https://journals.plos.org/plosone/article?id=10.1371/journal.pone.0206926.