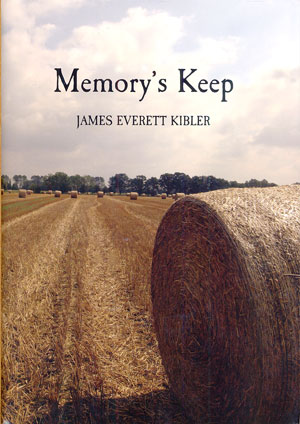 UGA Professor of English James Everett Kibler is known for his lyrical and poignant tales of Southern agrarianism and his critical examinations of the modern world.

In his latest novel, Memory’s Keep, the same themes are explored in the story of Mister Pink Suber, whose five children have moved away after the death of his wife.

Alone, 94-year-old Suber continues tending to his land and livestock while mentoring his young neighbor and friend, Trig Tinsley, in the ways of farming and the ways of life.

Written in the loose style of Chaucer’s Canterbury Tales or Sherwood Anderson’s Winesburg, Ohio, Kibler’s Memory’s Keep is a nostalgic and bittersweet flashback, revealing the formative experiences of Tinsley, the unforgettable curmudgeon at the center of Walking Toward Home, Kibler’s previous novel, which is also set in Southern California’s Clay Bank County.

Memory’s Keep exceeds Trig’s individual life, taking readers back over a century and a half ago to a time when daily life was more tangibly tied to the land.

The novel also contains a world full of sacredness and steadfastness rooted in Kibler’s deep connection to nature, farming and the sensibilities of the agrarian Celtic imagination.