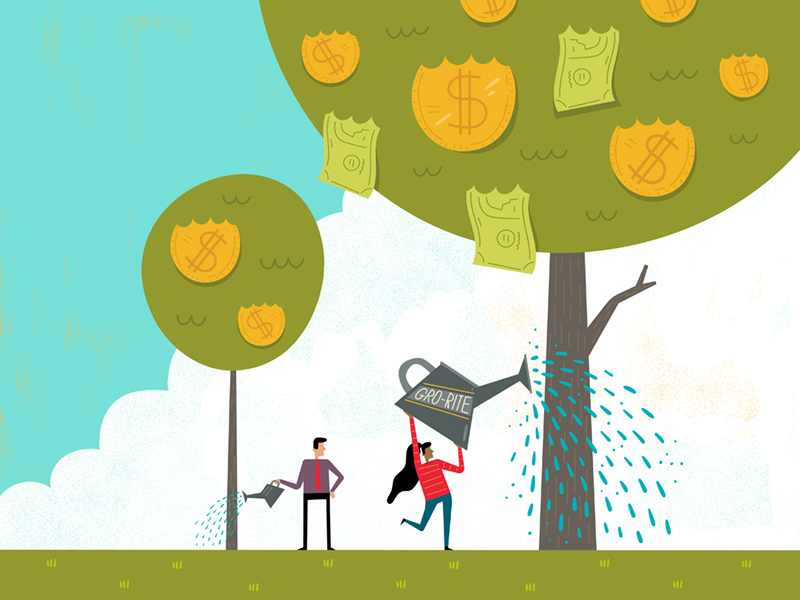 New research from the University of Georgia links startup accelerator success with a few key program elements, such as mentorship and open discussion among participating startup founders.

Accelerators are fixed-term, cohort-based educational programs for startups. There are about 170 accelerators located across the country, including more than a dozen programs in Georgia.

“When I started studying accelerators for my dissertation in 2011, I was routinely asked whether accelerators were a fad and if they were going to last,” said Cohen, an assistant professor of management at the Terry College of Business and one of the first academics to study accelerators. “What we found is a few accelerator programs improved outcomes for the startups, so we compared the ones that had stronger results versus those that were less effective.”

In one paper Cohen found that, although many accelerators used mentorship as a cornerstone of their program, the key difference was how they spaced out those interactions. Some programs concentrated them upfront and prioritized meetings with both mentors and customers, which is a hallmark of the lean startup methodology. The more the entrepreneurs met with mentors, customers and various stakeholders, the more open they were to new ideas, Cohen said. They often joined the accelerator thinking they were ready to launch a product or scale delivery strategies, but the concentrated interactions helped them determine where they needed to change their plans.

Second, the accelerators differed in privacy. Some fostered privacy and were concerned that the entrepreneurs might steal each other’s ideas, yet others forced entrepreneurs to pitch each other frequently and work in cramped, open spaces. The accelerators that encouraged transparency often worked better, and participants often helped each other with execution. Plus, their businesses often were less similar than they initially thought and were rarely actually competitors.

Third, standardized programs tended to perform better than programs that were tailored to fit each venture and each entrepreneur. Often, the entrepreneurs — and even accelerator directors — had weaknesses in certain business skills that they couldn’t recognize by themselves. A standard program helped them to cover common ground, broaden their knowledge and speak a similar language.

In terms of benefits, Cohen’s research team found that ventures that participated in some startup accelerators had better long-term outcomes securing funding, including venture capital and angel investments. They also received more online traffic and hired more employees. The effects were large in some accelerators, including up to 170% more funds. However, the results weren’t universal.

“I often caution entrepreneurs who ask me whether or not they should apply to an accelerator to be careful,” she said. “Do your due diligence in making sure it’s a program that will help your company achieve its goals.”

To help with this, Cohen and two partners produce the Seed Accelerator Rankings Project annually for entrepreneurs to evaluate accelerator programs. Since accelerators can’t always divulge information about their individual startups, these rankings help the programs to showcase their results and performance while still maintaining confidentiality for startups.

Based on her dissertation research, Cohen saw several organizational design elements emerge for the top startup accelerator programs. She found that accelerators with smaller cohorts tend to have stronger performance, and programs sponsored by investors or universities (rather than governments or corporations) raise more money. In addition, programs run by former entrepreneurs are correlated with lower valuations, versus those run by former investors or government employees, which draw higher valuations. Other factors, such as providing workspace, show mixed results and may not be as important to the accelerator’s design.

As the popularity of startup accelerators climbs in 2020, Cohen will continue to study what works and what doesn’t. She also wants to know how accelerators influence the career trajectories of entrepreneurs who participate.

“We know accelerators work for some ventures, but we’re wondering what their impact is on entrepreneurial careers,” she said. “We’re also looking at how these entrepreneurs build relationships with different types of investors, such as angel inventors, venture capitalists and corporate investment.”

Cohen studies accelerator programs with several colleagues. “The Design of Startup Accelerators” was co-authored by Daniel Fehder of the University of Southern California, Yael Hochberg of Rice University and Fiona Murray of the Massachusetts Institute of Technology. Cohen published the Administrative Science Quarterly and forthcoming Organization Science papers with her doctoral advisor Chris Bingham of the University of North Carolina and Benjamin Hallen of the University of Washington.